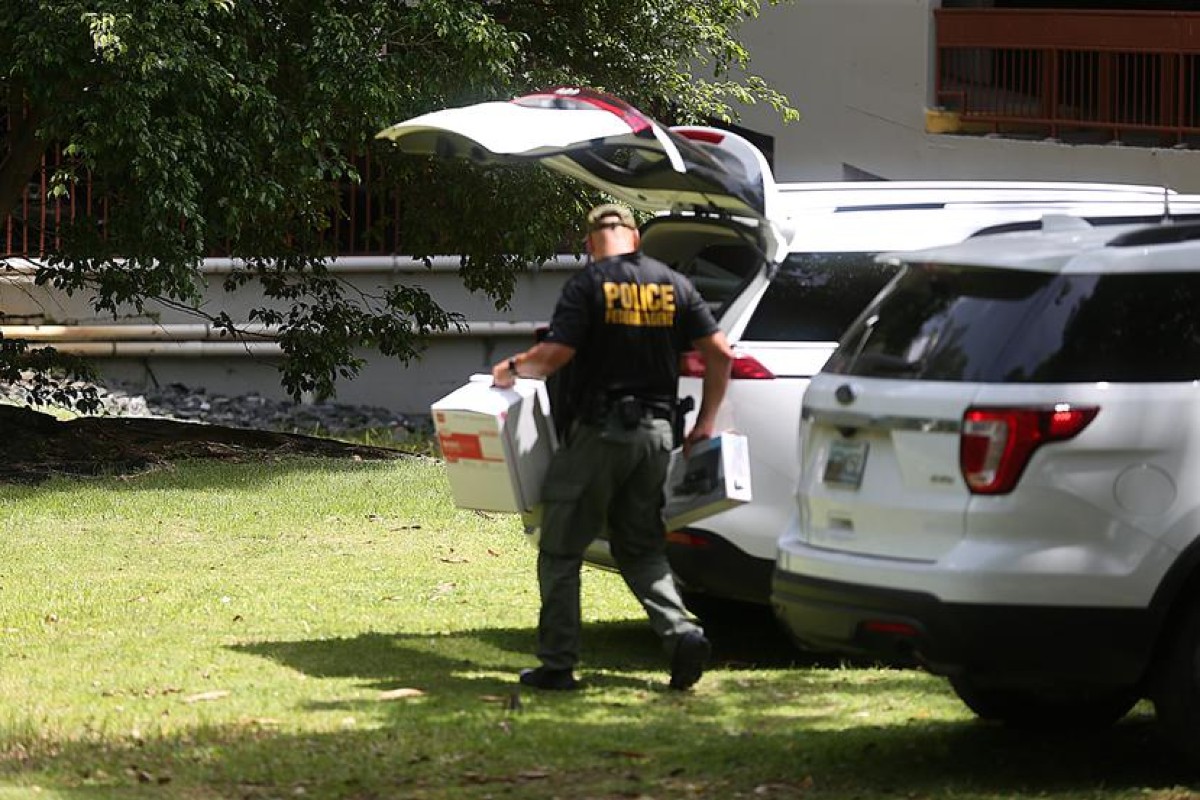 PUERTO RICO – Students from the country’s public education system will return to classes next Wednesday amid teacher recruitment issues, incomplete school repairs, and other known deficiencies.

But in the agency with the largest budget in the Government, attention to those priorities is regularly interrupted by allegations of public corruption that seem to have roots impossible to eradicate.

The raid is connected to an investigation for irregularities in the use of federal funds allegedly committed by the manager of the agency’s Auxiliary Secretariat for Technical Education, Kelvin Pagán La Luz, confirmed a source to El Nuevo Día with knowledge of the investigation. The Secretary of Education, Eliezer Ramos Parés, confirmed that the official’s office, relieved of his post on Tuesday, was raided.

Agents specialized in forensic investigations of electronic equipment, such as computers, also carried out a raid on a “penthouse” owned by Pagán La Luz in the luxurious Parque de las Fuentes condominium in Hato Rey.

Several sources confirmed that Pagán La Luz resides there with his partner. But, in addition, in the registry of corporations of the Department of State, he appears as an incorporator and resident agent of the non-profit corporation Capoheart, RBS, whose address is the same as the apartment in Parque de las Fuentes.

This medium called and sent text messages to Pagán La Luz on his phone, but none of the communications were answered.

According to one source, the research is related to using federal funds from the Immediate Aid to Restart School Operations Program (Restart).

This allocation responded to disasters in multiple states and territories recognized by the federal government under the Bipartisan Budget Act of 2018, PL 115-123 (February 9, 2018). In the case of Puerto Rico, refer to hurricanes Irma and Maria and the consequences of these disasters in the archipelago.

Pagán La Luz identified himself in the Department as a militant and collector of the New Progressive Party (PNP)According to sources, he was director of the Aguas Buenas Vocational School. In 2016, came into prominence at the Regional Office of Caguas to work with Human Resources. In 2017, the former secretary and today convicted of corruption, Julia Keleher, appointed him director of Technical Education in the central administration of the agency.

In 2020, former Secretary Eligio Hernández named him manager, a career position at the agency, to continue directing Technical Education. This division is responsible for teaching post-secondary courses at Technological Institutes, The Making and Tooling School, and the Puerto Rico Aviation Maintenance Institute (PRAMI-Fajardo).

The rise of Pagán La Luz and other appointments in career positions carried out by Hernández were not exempt from controversy. As recently as June of this year, the Office of the Electoral Comptroller (OCE) imposed a fine of $11,000 on the DE for violating the electoral ban on advertisements in election years.

In the notification of the administrative fine, the OCE specifies that the Department committed 44 infractions which consisted of the publication of 44 calls for different jobs without obtaining authorization from the OCE. One of those 44 calls was to fill Pagán La Luz’s current position.

Will continue to charge

After the raid, the Secretary of Education yesterday removed Pagán from his duties. The determination, effective yesterday, implies that Pagán will not be able to perform the functions of his career position or have access to the agency. However, he will continue to receive his salary while the investigation concludes.

Ramos Parés acknowledged that “this official’s office was part of the intervention” yesterday. The secretary also acknowledged that “there are flags about potential acts outside of law and order” and ongoing information requests. However, he declined to offer other details to not affect the investigation.

Ramos Parés said that nobody in his office knew yesterday about the whereabouts of Pagán La Luz. “There is staff in my office who have tried to have communication. To date, we have had no communication with him,” the official said.

Governor Peter Pierluisi said, for his part, that he “repudiates” any possible irregularity in government. But he added that, in Education, which is the agency with the most employees, “irregularities can arise at any time.”

“I am not surprised that irregularities can be detected in a government operation the size of ours. The important thing is to take measures promptly to prevent them from occurring or continuing,” Pierluisi said at the end of a press conference on another topic.

“You have to take prophylactic measures necessary to cooperate with the federal OIGon on the one hand and, on the other, prevent any irregularity from continuing,” he stressed.

The governor defended the agency’s performance during his administration.

“We have not had any sign of importance in that department at least in the year and seven months that we have been in charge. This is the first time we’ve had a situation like this, a search warrant by the inspector general. The important thing is that you cooperate with the inspector general, which I am sure is the case, ”he replied.

The raid comes just over a year after Keleher pleaded guilty to committing acts of corruption in the agency.

Keleher, who facilitated Pagán La Luz’s arrival at the central education administration, was released from Alderson prison in West Virginia on July 22, after serving six months in prison for conspiring to commit fraud. The former head will now do a year of house arrest.

The head revealed that, through internal processes, other alleged irregularities had been identified, but he did not offer details. “I can assure you that the processes are working, that many of our processes have raised the flag on potential irregularities, that is where many of these investigations have originated and that we are going to collaborate until this evil is eradicated,” he mentioned.

When questioned as to whether any potential irregularity had been identified in the management of Pagán La Luz through these internal processes, he replied, “I am not going to go into detail about the investigation.”

“There will be an opportunity for Puerto Rico to know where it originates from, how the investigation took place, and it will go to trial and analyze everything that happened,” he said.

It may interest you: Puerto Rico receives $215 million from the American Rescue Plan (ARPA) for public schools

The program provided federal funds to defray expenses related to restarting operations, reopening, and re-enrolling students in elementary and secondary schools located in the affected areas, including private schools.

Among the described uses of these funds are the retrieval of student and staff data, as well as other electronic information; the replacement of information systems, including hardware and software; financial operations; reasonable transportation costs; rental of mobile educational units; and rental of alternate locations or neutral spaces.