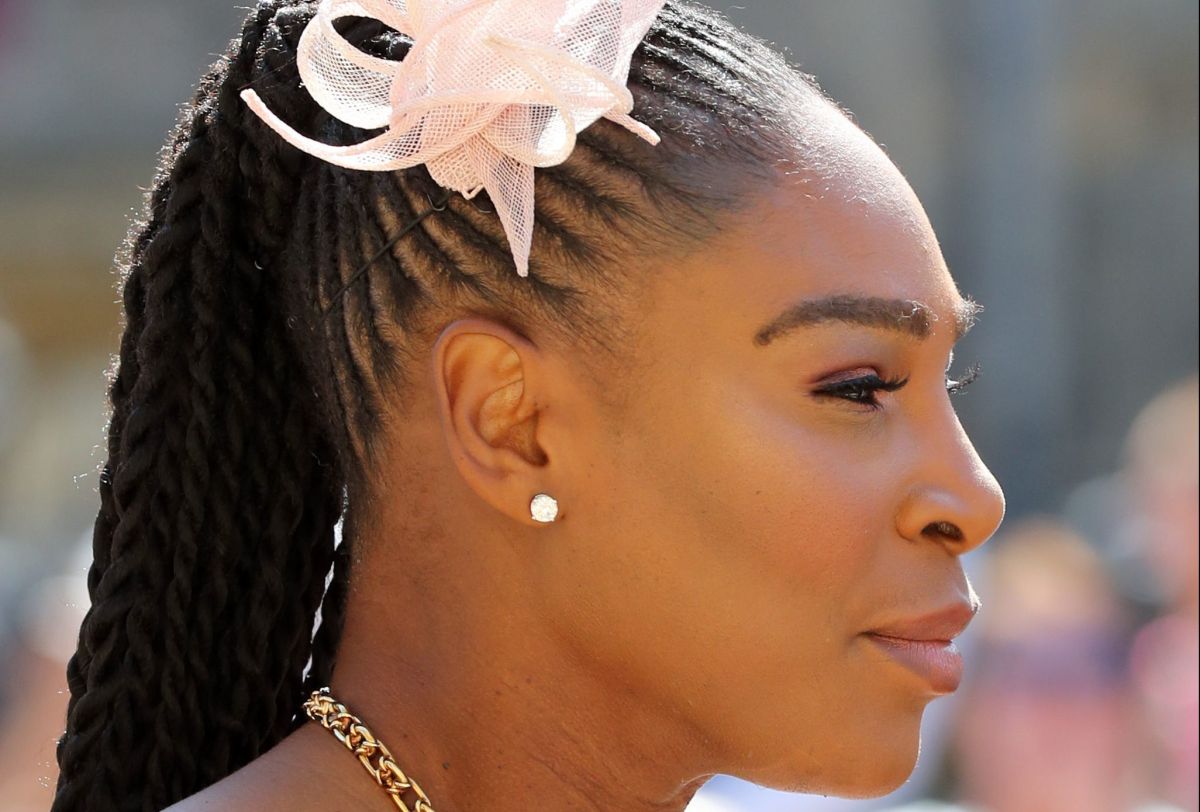 Before everything went wrong and the couple left the British monarchy, Harry and Meghan’s wedding 2018 was experienced as an event that represented the apparent modernization of an institution so reluctant to change.

What made it different from other royal weddings was that it brought together members of the british aristocracy They had been invited by the groom along with the bride’s celebrity friends, who flew in primarily from Los Angeles for the occasion.

Serena Williams belonged to the latter group; Although it has always been questioned how close the two women really were, before the Relation of Meghan with Prince Harry. The important thing is that the tennis player did not want to miss the occasion and took the opportunity to challenge the most outdated beauty canons, sticking to the protocol, but taking it to her field.

“The most iconic thing about this look is that I said to myself: “It’s a royal link, and I’m sure I’m going to wear braids”“, he confessed in a new interview to Vogue.

It took three people to braid her hair and put it up in a high ponytail reaching down to her thighs, before adding a headdress to Matching her pink Versace dress to comply with the tradition in daytime events.

“I was so tired that I decided to go to sleep. So I lay down and the girls kept braiding until the next morning, when they finally finished. It was a very long process, but it was worth itWithout a doubt,” he opined.

You can also read:
– Serena Williams will put an end to her tennis career in the coming weeks
– He did his thing again: Prince George sticks his finger up his nose at his first Wimbledon
– David Beckham shows the “forbidden steps” during The Weeknd concert in Miami [Video]