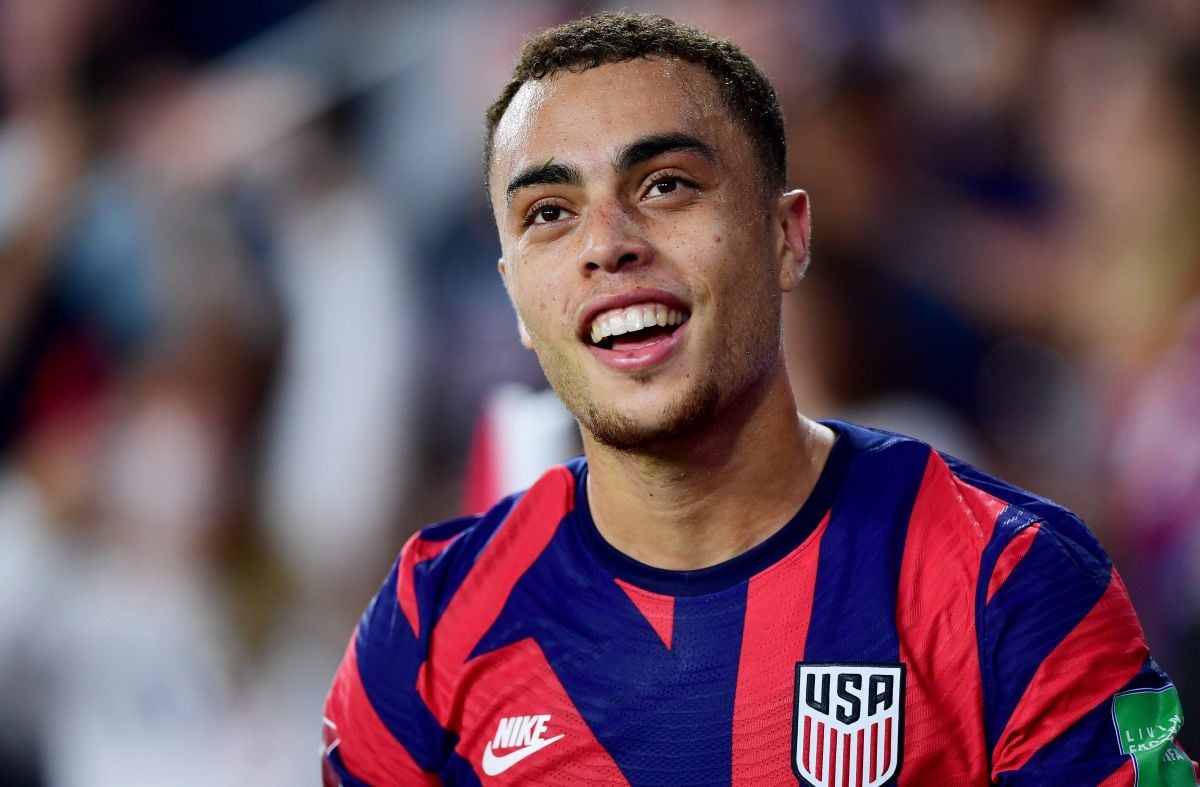 After an operation that was resolved in a matter of a day, the American winger Sergiño Dest, new AC Milan player, on loan from FC Barcelonaassured that joining the Italian team has been “the right choice at the perfect time.”

Dest already poses with the rossonera shirt. The right-back landed in Milan last Thursday, during the last day of the transfer market, to complete his loan and put himself under the orders of Stefano Pioli. The Italian technician he needed a right-back due to Alessandro Florenzi’s injury.

“Milan is coming back, they are doing very well and they are the champion. I feel like it’s getting back to the levels of when I was a kid watching this team’s games. For me, It’s the right choice at the perfect time to get here, with these companions. We will do everything possible to get this club back to where it deserves to be, ”said the American this Friday, in an interview with his new club. They were his first words as a milanista.

Along the same lines, he added: “Everything happened very quickly, in one day. I had to make a decision very quickly and change my life, team, country and culture. I love Milan, it’s a club I always wanted to play for when I was a kid. I am happy and honored to start playing in this club, I’ll give my best”.

The US international awaits get fit to Qatar World Cup 2022. However, that has not been his main reason for making the decision to come to Milan: “I want to play for the World Cup, of course, but not only for that. This is a great opportunity for me and I haven’t thought twice about it.”

A decision you did not make without first consulting with Frank Kessié, former Milan player and new Barcelona player: “I spoke a bit with Kessie, who was playing here, and she only had positive things to say. That helped me.”

Dest also confessed that As a child I followed Milan for the Brazilians Kaká and Ronaldinho. “Many champions played here; but Ronaldinho was the best, it was a joy to watch. I really liked the Brazilians who played for Milan in the past. Also Kaka. I was almost obsessed with them.” said.

At 21 years of age, Dest has already spent as professional for Ajax and Barcelona. He arrives in Milan to reinforce the right lane after Florenzi’s injury, although could occupy the extreme position in some match

“At Ajax I played as a winger, then as a winger.. Becoming a full-back was a good idea, which allowed me to show my qualities both defensively and offensively. I have good stamina and cover the entire band. For me, the full-back is the most enjoyable role, both on the right and on the left. He helped me become a professional player”, he commented.

The operation was finally closed in a one-season loan, but with a purchase option in favor of Milan that around $20 million dollars.

You can also read: New York Yankees and LeBron James are part of the new owners of AC Milan