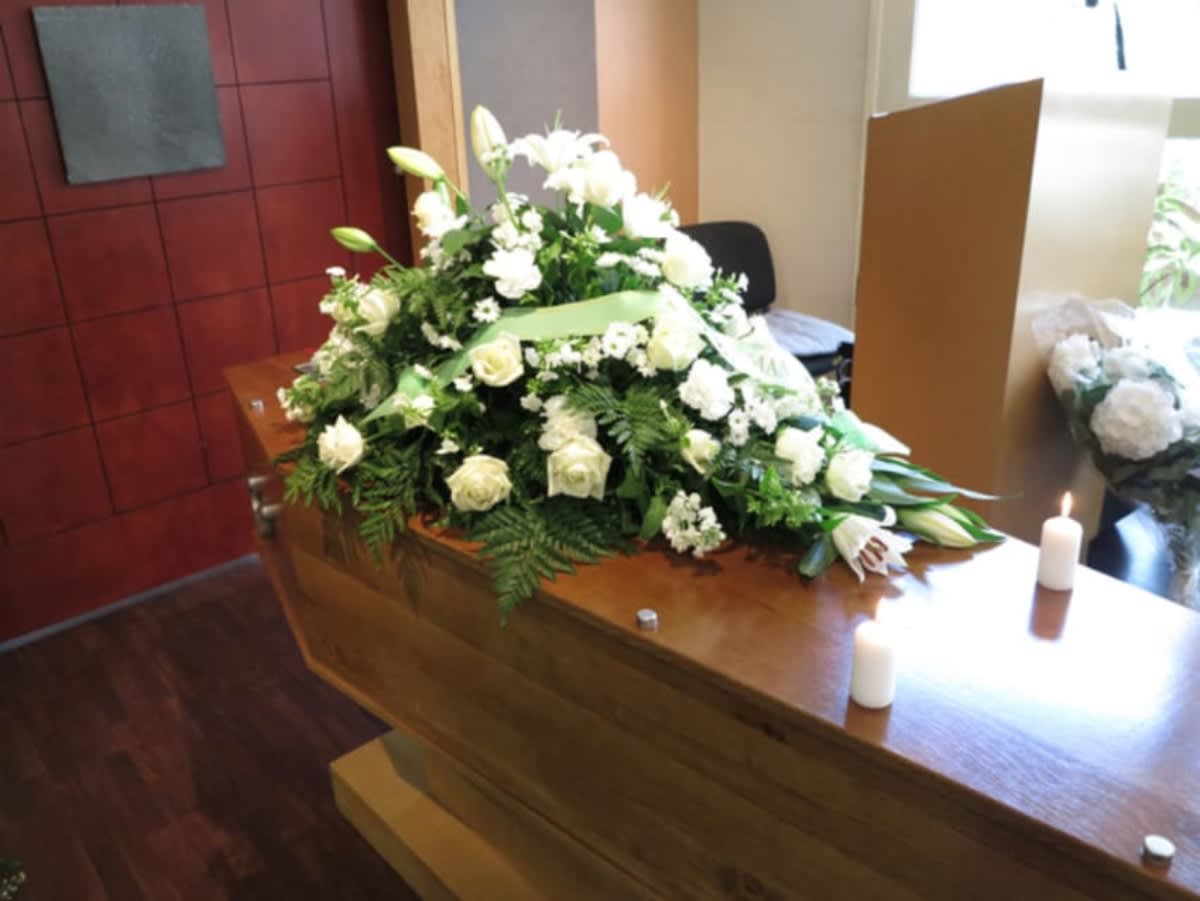 Just a couple of months after the 14th anniversary of the death of singer Sergio Gómez, vocalist of the group KPaz de la Sierra, an amazing video resurfaces in which he opens his eyes inside the coffin and causes terror in the networks, according to a material circulating on YouTube.

These shocking images were posted on the KaYaZ ALittle Bitofall account that currently has 77 subscribers, the video has more than 27,500 views, more than 160 like reactions and almost 30 comments from people who did not believe what they saw.

ALMOST 14 YEARS AFTER HIS DEATH

Next December 2 will mark the 14th anniversary of the tragic death of one of the most famous and recognized group singers in Mexico, his name Sergio Gómez, vocalist of the group KPaz de las Sierra who had a tragic death and shocked the group world.

The video was uploaded to YouTube days after the murder of Gómez, by the channel ‘francor023’ in December 2007, now taken up by Mundo Hispánico and what can be seen caused a lot of impact, since it does seem that it opens your eyes and the forced question of many people was: Is he alive?

The story of the death of Sergio Gómez is tragic, because he was kidnapped and tortured after leaving a presentation in Michoacán. It all began on December 1, 2007, when the group K-Paz de las Sierra together with the singer Joan Sebastián made a presentation on the esplanade of the Morelos Stadium in Michoacán.

At the end of this concert, the vocalist Sergio Gómez and the members of the group left in three trucks for Puerto Vallarta. However, the truck that was transporting Sergio Gómez along with two businessmen was intercepted by an armed commando on the way out to Salamanca in front of the Erandeni subdivision. Hours later, the businessmen were released, however the singer was still kidnapped.

The video that lasts only 23 seconds, you can see family and friends hugging and comforting each other in the middle of the mass, in which the singer’s coffin is located. Some people have dark glasses and from one moment to the next they were waiting for the coffin to be opened.

It is then when suddenly the people in charge of the funeral services open the box for the father to pour holy water on it, while dozens of onlookers come to see the corpse, to the astonishment of locals and strangers to see the face of the last time. your star. Filed Under: Sergio Gomez Coffin Eyes

However, in a matter of seconds, the cameras captured the exact moment when it seems that the dead singer opens his eyes and closes them practically immediately, which caused fear among Internet users who saw the video circulating on YouTube.

It even seems that Sergio Gómez, from KPaz de la Sierra, opens his eyes a couple of times, since his pupils are white, a reason that generated many doubts in Internet users, since perhaps they expected it to be true that the singer is alive , after many rumors that surrounded his death. WARNING, STRONG IMAGES, to see the video click here. Filed Under: Sergio Gomez Coffin Eyes

But this video raised more doubts than certainties, since precisely when the alleged blinks happens, the funeral service managers immediately close the coffin, so many thought that when they realized this, they tried to hide the event.

However, as in almost all the deaths of famous artists, the doubts of his death remain today, it is even said that he is alive, but he has never been seen and this type of rumor is common, since many of his fans wish that in really was alive. To see the video of a concert by him, click here.

FIND OUT WHAT HAPPENED

Immediately people began to speculate on that account: “He does not open his eyes, it is the drops (holy water) that fall on the glass of the coffin”, “I cried when they murdered him, he was my favorite singer”, “poor Sergio Gómez , I miss it ”,“ what you see is drops of holy water ”.

“No ma … it’s the water that the father poured on him”, “these singers think they are untouchable oh what a chin …”, “funny that that happens when the father pours the holy water”, “in the minute or … 12 open the eyes ”,“ they buried him alive ”,“ he was handsome ”, were some conclusions reached by the fans. Filed Under: Sergio Gomez Coffin Eyes

FINDING OF THE CORPSE

It was on December 2 when the police authorities reported that the singer’s body was found in an area near Chiquimitío, a community located 10 kilometers northwest of Morelia, Michoacán, in Mexico, an area of ​​great violence at that time.

According to the media, Sergio Gómez showed signs of torture and was said to have beaten him to death, strangled him and burned parts of his body. Apparently, days before his death, the leader and vocalist of KPaz de la Sierra would have received threats not to appear in the area. Filed Under: Sergio Gomez Coffin Eyes

A YouTube video was recently leaked, in which a young man visited the altar that was made to the singer in the place where he was found dead, however, the unexpected happened and caused outrage among the followers of the missing singer.

The altar of the leader of K-Paz de la Sierra is completely destroyed, years after it was made as a kind of tribute on the road where his lifeless body was found, after days of being kidnapped, apparently by federal police .

Through a YouTube video, on Aurelio Acuña’s channel, a young man with more than 300 thousand subscribers who is in charge of visiting certain places in the country, it was possible to see the status of the kind of altar or tomb that they put in Michoacán on the road where the body of the leader of K-Paz de la Sierra was found.

The famous singer was found on the road from Morelia to Chiquimitio, Michoacán, a place where loved ones and the same group from K-Paz de la Sierra ordered a kind of altar to be placed as a tribute once it was learned of the death of the musical leader .

The road is surrounded by green landscapes in the middle of the mountains, and according to what the young youtuber says, it was in that place where they found him dead, with traces of torture and apparently made by an armed commando, although different versions of the event are handled .

According to a member of K-Paz de la Sierra days before Sergio Gómez’s kidnapping, he told him that if he had to ‘leave soon’, he was very happy and satisfied with what he had achieved at that time regarding success and success. musical imprint he was leaving with the group. Filed Under: Sergio Gomez Coffin Eyes