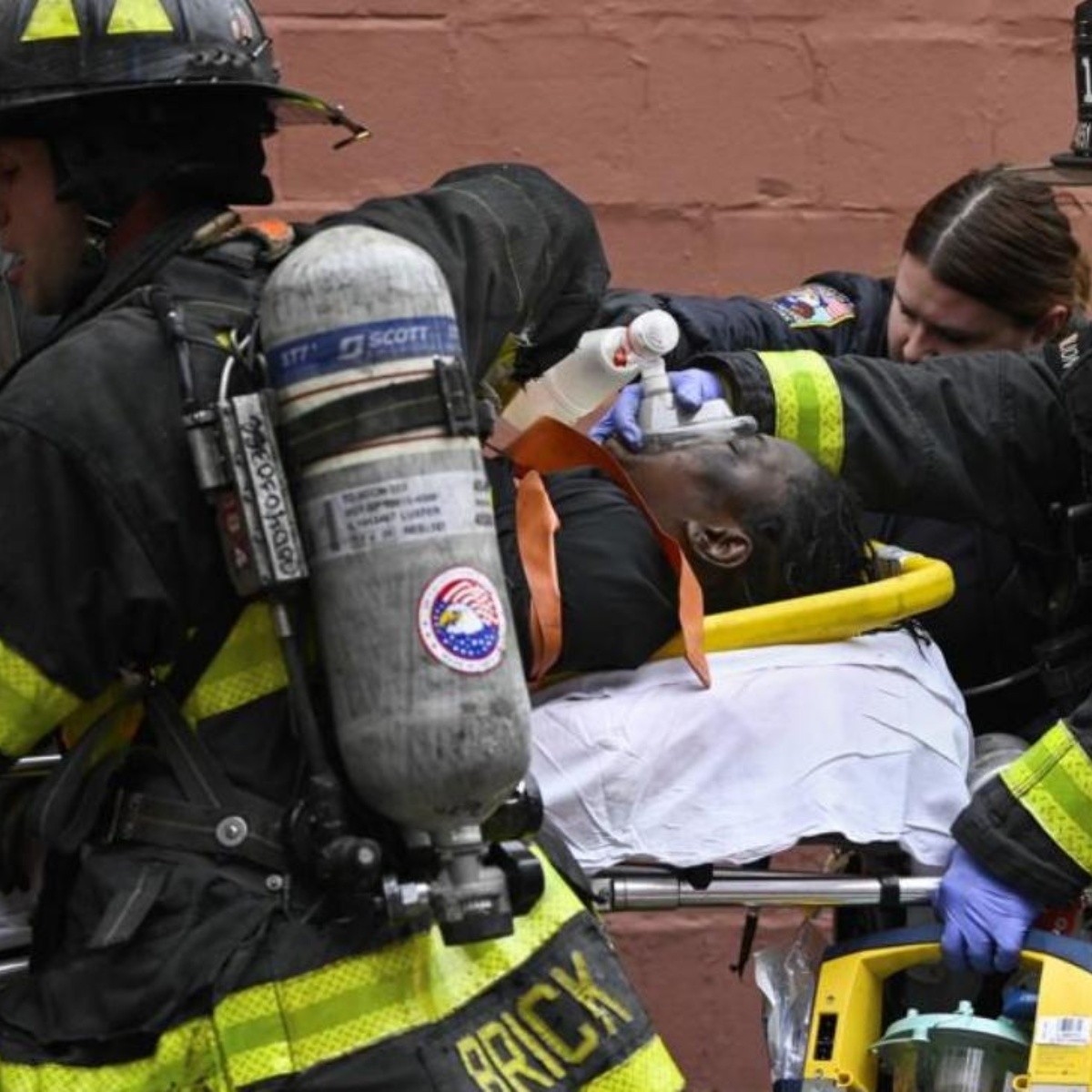 New York.- Dozens of people were hospitalized and even 13 seriously injured find themselves fighting between life and death, after Sunday’s fire in a bronx building, where 19 people died, including 9 children, according to information from the authorities of New York.

This Monday, doctors worked on Monday to save the lives of several people seriously injured after smoke from a fire left them unconscious or trapped in their apartments in a high-rise building in the city of New York.

The one that was listed as the deadliest fire of the city in three decades was caused by a malfunctioning electric heater, plugged in to provide additional heat on a cold morning, started the fire in the 19-story building, the researchers determined.

Read more: “They expect there to be numerous deaths”; 19 dead, including 9 children, in New York building fire

The flames damaged only a small part of the building, but the smoke escaped through the open door of the apartment and turned stairs, the only method of flight in a building too tall for fire escapes, into dark, ash-choked horrors.

Some people were unable to escape due to the volume of smokesaid Fire Commissioner Daniel Nigro. Others were disabled when they tried to leave. Firefighters found victims on every floor, many in cardiac and respiratory arrest, Nigro said.

Children were seen receiving oxygen after they were carried out. Some of those who fled had soot covered their faces, according to The Associated Press.

Firefighters continued to make rescues even after its air supplies ran out, Mayor Eric Adams said.

“Their oxygen tanks were empty and they were still making their way through the smoke,” Adams said.
Fire Commissioner Daniel Nigro said an investigation was underway to determine how the fire spread and if anything could have been done to prevent or contain the fire.

Adams said the smoke appears to have spread because a door that was supposed to close automatically was open.

“There may have been a maintenance problem with this door. And that will be part of the … ongoing investigation, “Adams said on Good Morning America.

The building is equipped with smoke detectors, But several residents said they were initially ignored because alarms were so common in the 120-unit building.