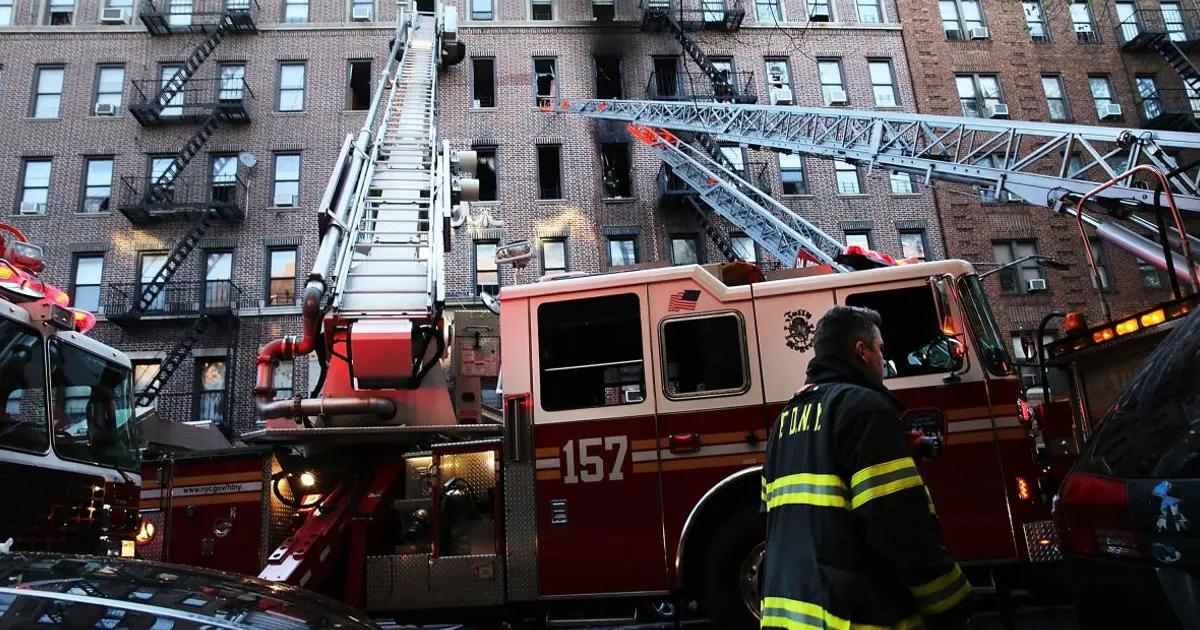 At least 17 people were injured, including a 71-year-old woman, after a massive fire broke out in a Brooklyn apartment building early Monday morning, firefighters said.

The blaze broke out around 6:40 a.m. on the fourth floor of the building on Penn Street near Harrison Avenue in Williamsburg, the Fire Department of New York (FDNY) reported.

The other 13 victims were treated at the scene with non-life-threatening injuries.

“We encountered a large number of patients early on and almost all at the same time,” FDNY Deputy Assistant Chief Fred Villani said at a press conference.

“Once firefighters rescued them, EMS personnel on the scene had to make quick decisions about the severity of the injuries. One patient was critical and immediately transported to the hospital by Hatzalah volunteers.”

FDNY Deputy Chief John Sarrocco described the incident as “a very arduous process” to get injured people out of the building “while the fire is still active,” said Sarrocco.

“Many people were removed from the building through the interior and others by portable ladders and tower ladders,” Sarrocco said.

The fire reached two alarms, with 25 FDNY units, including 106 fire and EMS officers, responding to the scene, officials reported.

The fire was eventually brought under control about an hour after it started, FDNY said.

The cause of the blaze in the apartment building remains under investigation, the New York Post reported.

Another massive fire in East Harlem

Four staff members and one civilian suffered minor injuries from the fire.

The fire department responded to the automatic alarm at 12:30 a.m. and found “smoke in the building,” fire operations chief John Esposito told reporters.

“Eventually, we had a fire on all three floors [and] fire through the roof,” Esposito explained. “It was an exterior operation, fire throughout the building.”

At least 39 FDNY units responded to the massive fire, with 168 firefighters and EMS personnel.

The fire was brought under control by 6:35 a.m. Monday morning. The cause is under investigation.

The two fires come one day after a 13-year-old minor lost his life when flames ripped through his Brooklyn home.

The victim, identified as Dillon Waldren-Dickson, was found critically injured inside the seven-story building on Snyder Avenue at East 25th Street and East Flatbush after he started a fire on the fifth floor at 10:30 a.m. Sunday, NYPD, and FDNY said.

He was rushed to Kings County Hospital Center, where he died.