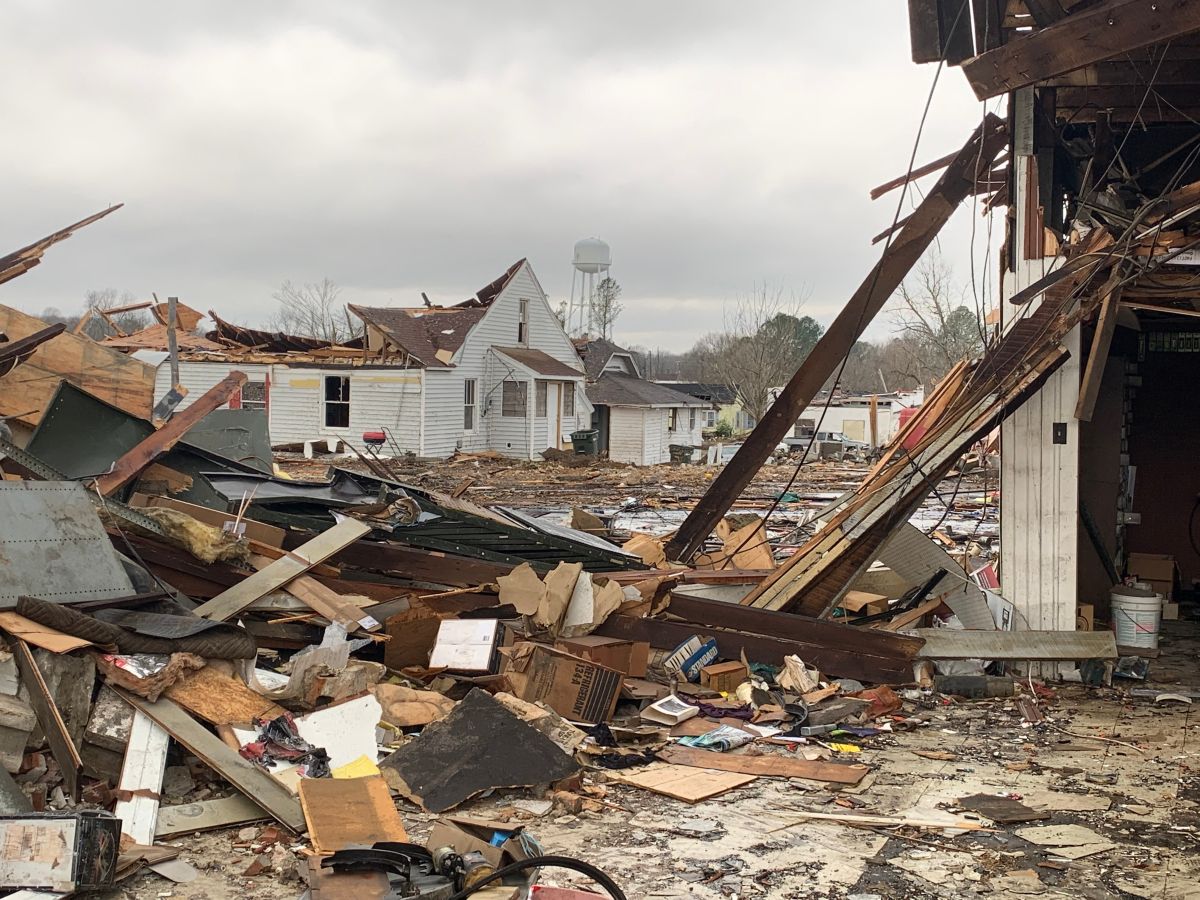 At least one tornado passed through the area from Wichita, Kansas, on Friday night, damaging dozens of buildings, authorities said.

An estimated 50 to 100 structures were affected, Jim Jonas, director of communications for Wichita, told CNN in a phone interview.

Video shows the tornado passing through or near a residential community in Wichita’s eastern suburbs as sirens sounded.

Authorities are still working to determine what exactly happened, Jonas said, adding that most of the damage occurred after dark.

Wichita Fire Chief Tammy Snow is currently in the nearby city of Andover helping to assess damage there, Jonas added.

Multiple cars were dragged across the ground and pushed into the Andover YMCA, where significant damage was reported. No injuries occurred in the tornado as employees and members took shelter, according to the Greater Wichita YMCA.

The tornado approached from the southwest toward where a neighborhood is located. More than a dozen homes have been destroyed in that area, according to the Wichita Eagle. A Wichita Eagle reporter reported roof damage to several nearby homes.

Local police reported that several major intersections were blocked due to debris and downed power lines.

Sedgwick County has declared a state of emergency to help facilitate state aid, according to KAKE.com.

Unfortunately, Andover is no stranger to strong tornadoes. Andover was hit by an F5 tornado in April 1991, which killed 13 people in a mobile home park plus 4 others and caused $300 million in damage. Also more than 200 people were injured.

More tornadoes in Kansas and also in Nebraska

Several other tornadoes have also touched down in Nebraska and Kansas as a large storm system moves east from the center of the Rocky Mountains into the Midwest. More than 20,000 customers have been without power in Kansas since Friday night.

Two houses were damaged by a possible tornado near Herington, Kansas.

Tornadoes were reported in Wamego, Kansas, and near Stamford, Nebraska, and elsewhere in eastern Kansas, but little damage was reported.

In Shelton, Nebraska, the cars of a train were pushed by strong winds in a straight line Friday night.