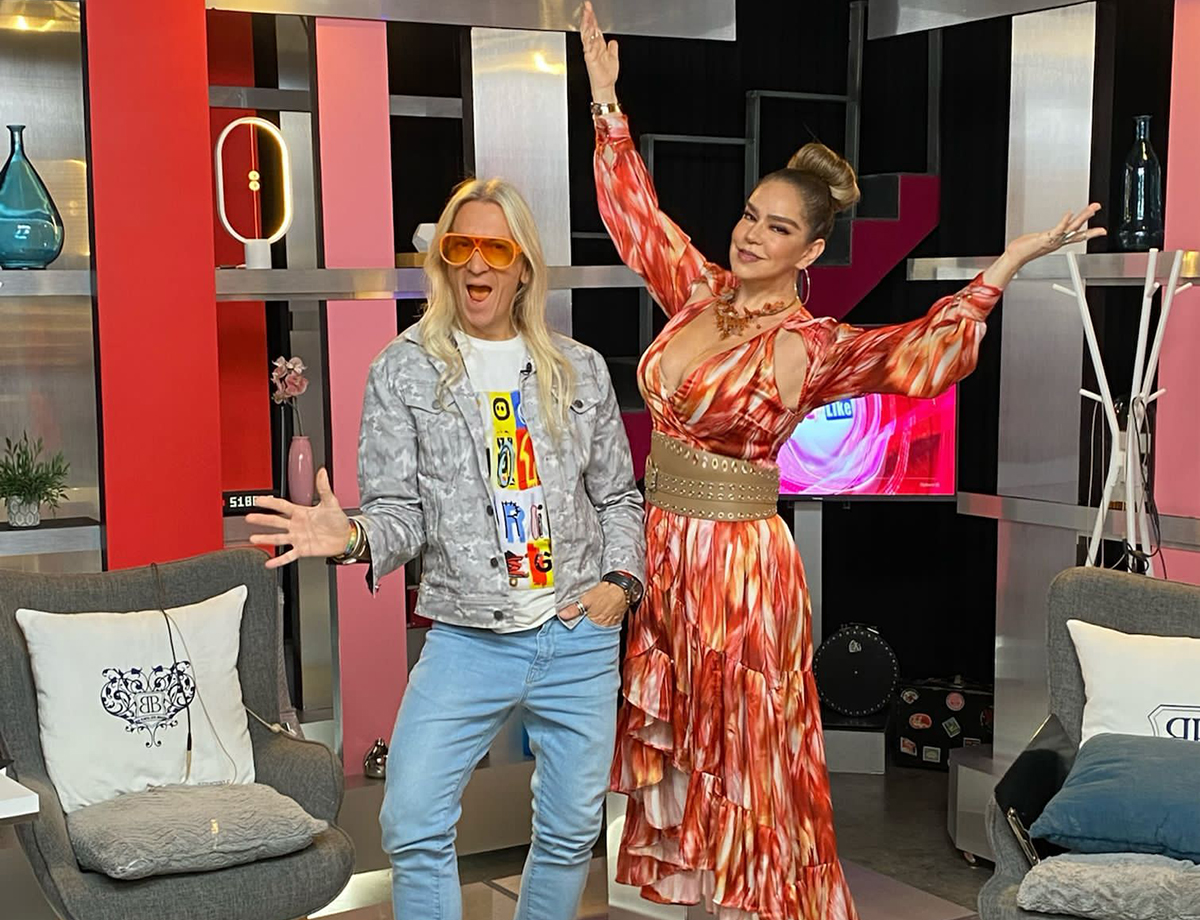 In the midst of the scandalous separation, accusations of infidelity, and silence that is cut with a knife, Shakira and Gerard Piqué, with a reconciliation date?… Will we see them happy and in love again in less than 10 months?

So he assured the psychic known as Doctor Rob Cissnawhom even the FBI has as one of its main consultants in difficult cases, in the show hosted by Elisa Beristain ‘Gossip No Like’.

while his partner, Javier Ceriani, is still on an island in the Dominican Republic participating in ‘Survivor Mexico’Elisa interviewed the psychic who has given them exclusives on more than one occasion with his vision of the afterlife, like when he anticipated the day of the death of the beloved Carmelita Salinas.

The truth is that this time Beristain consulted him about the most mediatic separation worldwideand what Cissna revealed left everyone with their mouths open.

On the one hand confirmed what ‘Gossip No Like’ had exclusively revealed, Piqué’s alleged sexual addiction as the main conflict of the separation and went further, ensuring that the soccer player supposedly liked to participate in sex parties with men and women.

But the biggest surprise was when he assured that despite everything that is happening, what is known and what is not yet, The singer and the soccer player will reconcile and even gave the date when this would supposedly happen. “In about 8 or 10 months they will be returning”.

Elisa, who on more than one occasion assured that although she respects, she does not believe in this type of revelation from beyond, asked him if with everything that had happened, he really risked confirming the reconciliation.

“There will be legal problems, at the moment that Piqué accepts his responsibilities, that will make them reconcile… Right now the relationship is very bad, because Piqué has not taken responsibility, and she is very upset because they have made her look like a fool. and that is what has her very upset… There is a difference in ages, he will realize in a moment that it is the best option he will haveat the moment he accepts and takes responsibility, she will forgive him, and when he feels that he has lost her, he will want to recover her“said Dr. Rob.

Regarding Piqué’s alleged addiction to sex, we took on the task of investigating, and people who are part of the inner circle of Milan and Sasha’s parents confirmed that it is something that is discussed in the family, although not confirm that it is with both sexes.

Let us remember that on June 4, through the EFE news agency, Shakira and Piqué confirmed their separation after 12 years together and having been the parents of Milan and Sasha… “We regret to confirm that we are parting ways. For the well-being of our children, who are our highest priority, we ask that you respect their privacy. Thanks for your understanding”.

• Shakira’s father would be hospitalized again, according to El Gordo and La Flaca

•Gerard Piqué could not enter Shakira’s house. He had to leave and come back later