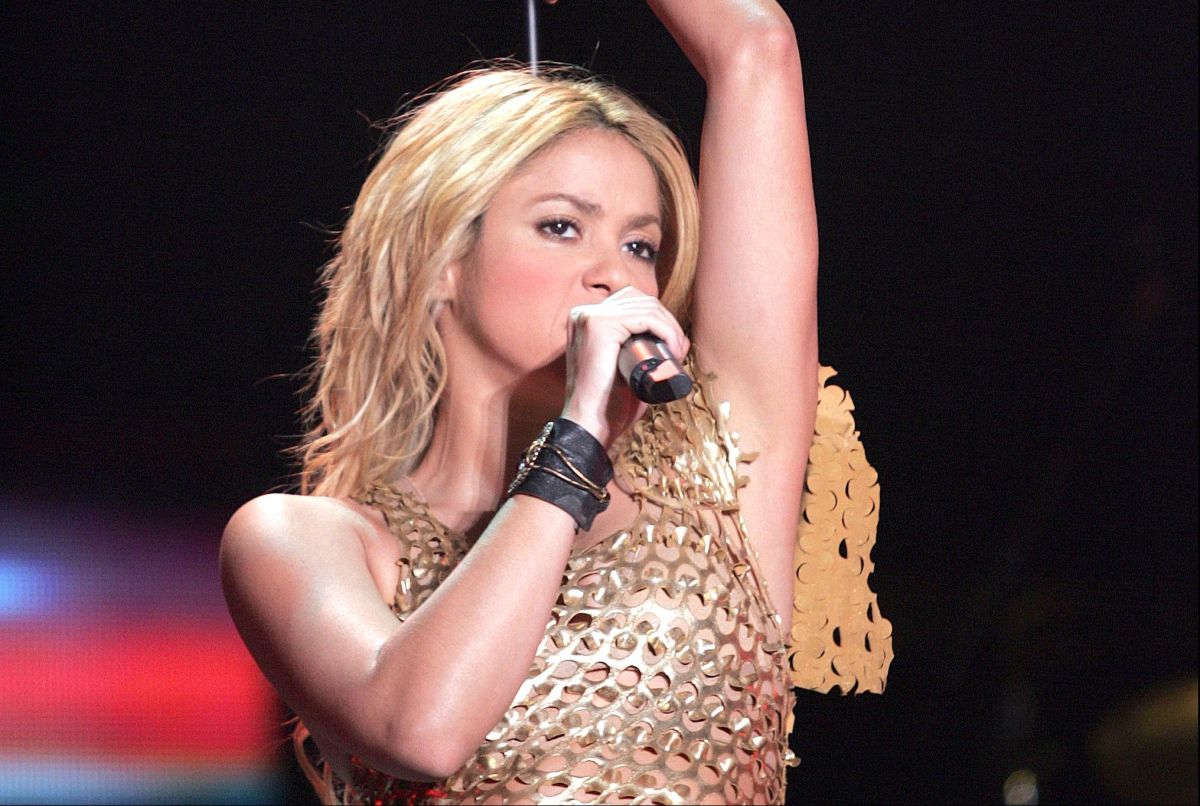 Shakira is the cover of ELLE magazine in its Anglo-Saxon edition. Many are talking about the strong statements he has given, since for the first time he talks about his separation with Gerard Piqué, where he claims to be living very hard times because of how public everything has been, and because this is completely affecting his children. She assures that protecting them is her primary mission, but she can do nothing when her classmates at school receive them with harsh and strong comments about the news published by the Spanish press.

However, beyond Shakira’s statements, we have the photo session she did. In it we see her show off various styles of renowned designers that we will present to you one by one here. Where, yes, we highlight the two transparent dresses with which she has left many wanting to see more. On the cover, for example, Shakira wears a jumpsuit with feathers and transparencies, this is a Fernando Claro design, which they accompanied with Elisabetta Franchi boots.

The design that you will see below is a creation of a Latin designer, it belongs to nothing more and nothing less than Carolina Herrera. The jewelry accessories are from Messika by Kate Moss and the shoes are without a doubt from Christian Louboutin.

This pink dress, whose trunk looks like a corset because of the lines that go from the breasts and down the waist, It is a creation of the Versace house. Let’s see how even the lipstick is a pale pink that perfectly matches the color of the dress.

This short dress that enhances Shakira’s narrow waist is in black, designed by Johanna Ortiz. The jewelry in this case the ring she is wearing is also from Messika by Kate Moss. The matching boots are by Giuseppe Zanotti.

The only metallic dress that we see Shakira wearing in this shoot is a mermaid cut, without a front neckline and with long sleeves. It has a long opening on the left leg that goes up to the thigh. The color of the dress, due to its metallic touch, seems to be blue and sometimes it even looks brown. Her design is from Etro and all the jewelry she wears: earrings and necklace are from Bulgari.

In the following image, Shakira is wearing a dress that has been a trend on red carpets for several years. It’s transparent and you can see underneath that the singer is wearing a matching black bodysuit. This beautiful piece is a luxury house design Dior and the scant jewelry that goes with it is from Bulgari. The boots are from the Aquazzura brand.

The last piece that we will talk about in this note is the one that appears to be more delicate and transparent than the others. Furthermore, it is the design that shines the most between rhinestones. This dress beauty is from Miu Miu and the metallic platform sandals are also from Aquazzura. The tiara that Shakira wears on her forehead is from Messika. While the set of rings are from Messika by Kate Moss and Bulgari, the only two jewelery houses with which he worked for this edition.

It is worth adding that all the information shared has been contrasted with that shared by ELLE magazine. You can read the singer’s entire interview here.

Read more about Shakira here:
Shakira breaks the silence about Gerard Piqué: “It is probably the most difficult and dark stage of my life”
Shakira explodes with emotion for her nomination for the Latin Grammy 2022 and Piqué would not like it
Shakira was in the past: Cameras capture Gerard Piqué with his new girlfriend Clara Chía dining in Paris