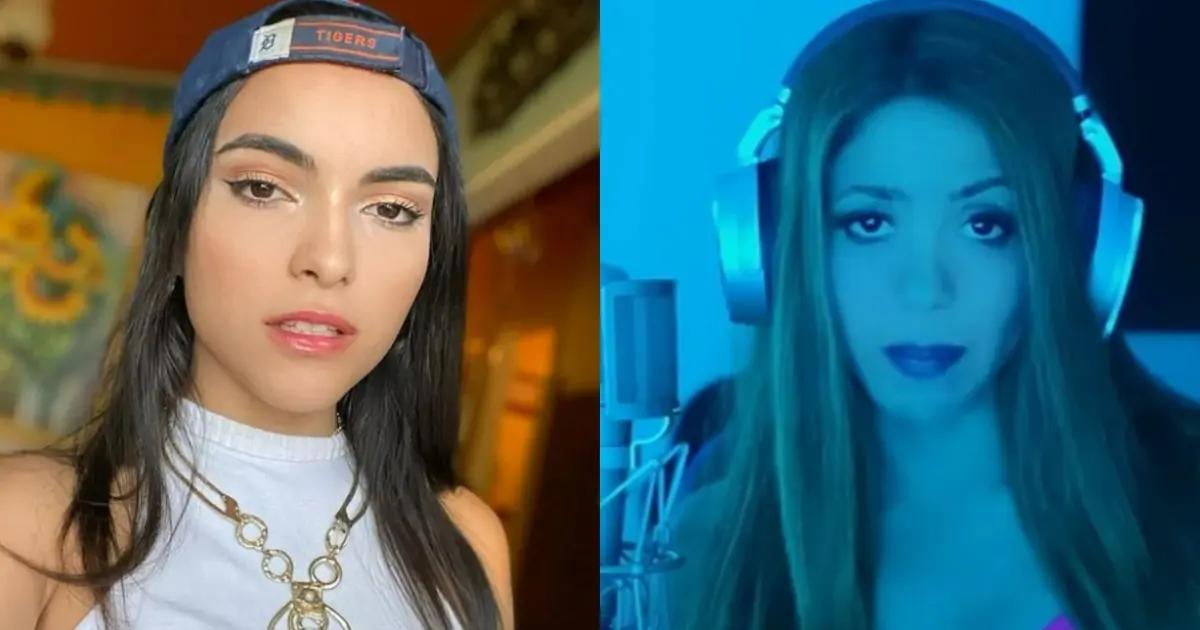 Social networks and digital platforms exploded with Music Sessions #53, a song that since its announcement raised great expectations among the public because it would have the special participation of Shakira. Although many thought that the Colombian star would launch some hints against Gerard Piqué for their breakup, very few imagined that she would join the singers who occupied the space to throw everything against their “enemies”, as Residente vs J Balvin did at the time.

Amidst applause for “not keeping quiet” about the scandals surrounding her breakup with the former Spanish soccer player and criticism for continuing to release songs with special dedication without considering the possible damage it may cause to her children, Milan and Sasha, some accusations of alleged plagiarism for a sample of her song transcended.

According to users of social networks, a part of the chorus sounds very similar to a fragment of Solo tú, a song that Venezuelan singer Briella released about six months ago. As expected, it only took a few minutes for the comparisons to go viral on the internet and open a debate on whether it is really plagiarism or it is all a coincidence.

“I thought of you right in that part of the song.” “As soon as I heard it, I thought I had already heard it somewhere else.” “It’s almost the same.” “Believe me I’m SHOCKED too,” were some reactions.

Soon the speculations reached the ears of the Venezuelan singer-songwriter, who, disconcerted by the situation, took to her TikTok account to comment on the matter. To begin with, she acknowledged that there are similarities in the choruses that lengthen the word “Tú”, but she did not assure that it was plagiarism.

I really believe that Shakira was inspired by my song “Solo Tú” to make her Bizarrap Session […] It should be noted that I released my song six months ago and it went viral here on TikTok. I’m not making this video with the intention of looking for trouble, I’m a lifelong Shakira fan, I’m a fan of Biza’s work and I’m really in shock, I don’t know what to do.

In this way, Briella hinted that she does not intend to proceed legally against the Colombian star and the Argentinean rapper because she is his fan, however, she thinks that somehow they would have been inspired by her song.

Reactions were not long in coming, as some users of the platform agreed with Briella’s opinion, while others labeled her as opportunistic for all the attention she received after indirectly pointing out the plagiarism. Many even mentioned that after her viral video, she will become “more famous.”

“I never listened to your song, nor did I realize it existed”. “It was 6 months ago, and it went viral, and I had never seen it”. “I think you were inspired by Loba’s song from 13 years ago”. “Girl, take advantage of this opportunity, nothing better than taking the positive out of everything. Invite Shak to do the remix together.” “Sue her.” “That song only you know,” were some of the comments.

Shakira and Bizarrap have not commented on the matter and may not do so, everything will depend on whether Briella proceeds legally against them. Meanwhile, Music Session #53 continues to break the digital platforms, as every minute that passes adds more plays. In fact, it already has 28 million views on YouTube.

Yo contigo ya no regreso ni aunque me llores ni me supliques.

And the English meaning:

“Sorry, I already caught another plane.

I’m not coming back here, I don’t want another disappointment.

Sorry, baby, it’s been a while since I should have voted for that cat.

I was big on you and that’s why you’re with someone just like you.

This is for you to mortify yourself, chew and swallow, swallow and chew.

I will not return with you, even if you cry or beg me.

I understood that it is not my fault that they criticize you.

I only make music, sorry that I splashed you.

You left me as a neighbor to the mother-in-law, with the press at the door and the debt in the Treasury.

You thought you hurt me and you made me tougher.

He has the name of a good person, clearly not what he sounds like

She has the name of a good person, clearly she is just like you. For guys like you.

From love to hate there is a step

Don’t come back here, listen to me

Zero grudges, baby, I wish you: do well with my supposed replacement

I don’t even know what happened to you

You are so strange that I can’t even distinguish you.

You traded a Ferrari for a Twingo

You traded a Rolex for a Casio.

Lots of gym, but works the brain a little too

Photos where they see me, here I feel like a hostage.

Everything’s fine for me, I’ll vacate you tomorrow and if you want, bring her to come too.

He has the name of a good person, clearly not what he sounds like

She has the name of a good person and a wolf like me is not for guys like you.”