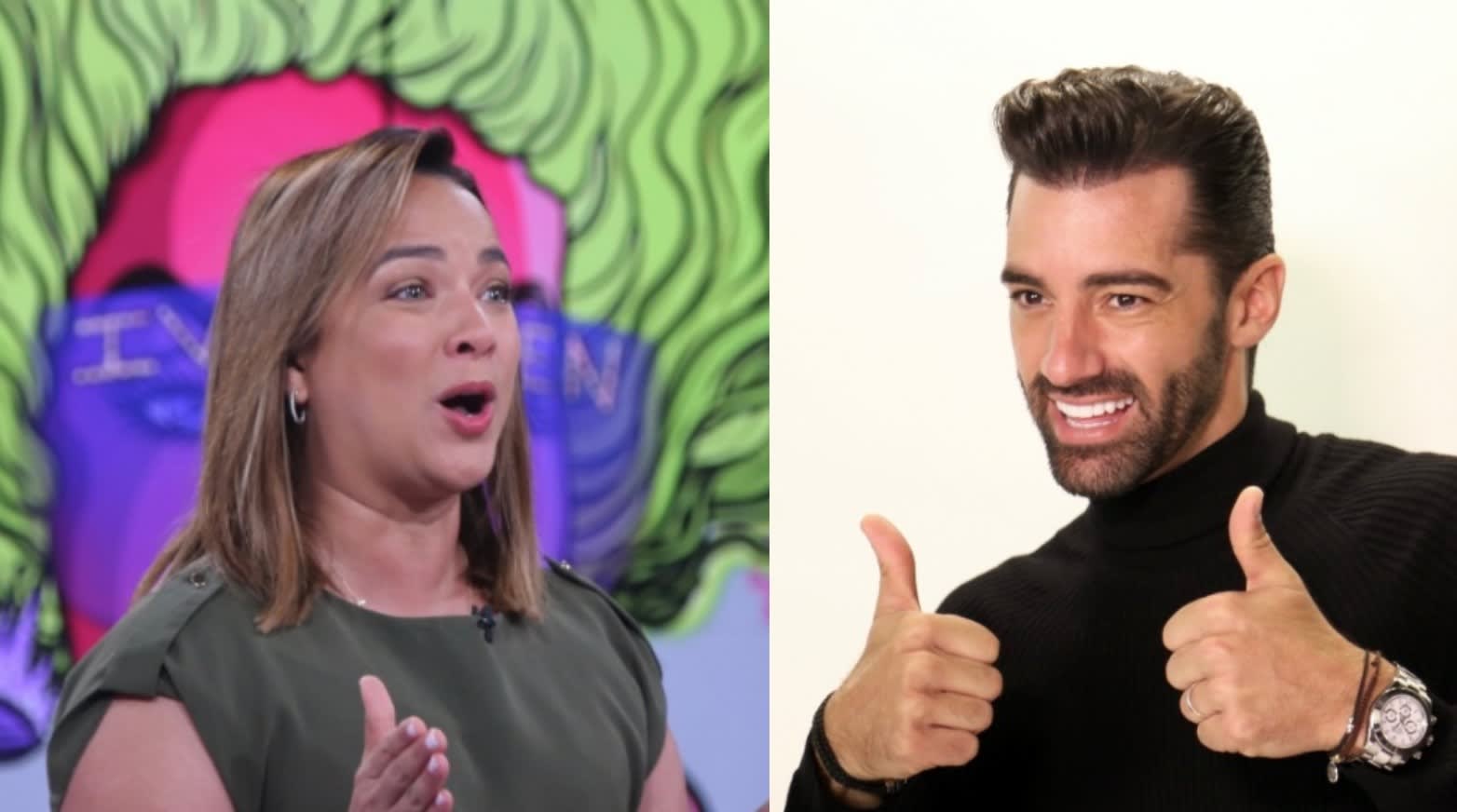 Toni Costa indirectly launches Adamari López. Without a doubt, the break between Adamari López and Toni Costa was one of the most scandalous in recent months, since as time passes the controversy continues with both celebrities. Rumors about a new love for the Puerto Rican driver are constantly growing.

Through the Spanish dancer’s Instagram account, he shared a video where he is using a very funny filter, but he is also singing a song by the artist Don Omar which is called ‘Dile’. Could it be that he is giving Adamari a hint?

It is worth remembering that a few months ago, the Puerto Rican Adamari López, had announced the separation of her relationship with the dancer Toni Costa, making it clear that there would already be a reconciliation, today the doubt continues, what if it is true is that both maintain good communication and all for his daughter.

During this time little Alaia has been living separately with her parents and for this reason Internet users have been commenting on who is a better father. Even on one occasion the Puerto Rican driver came with her daughter and ex-partner for a vacation in Europe.

After sharing the funny video, Internet users immediately began to react to this situation. But the Spaniard also made it clear that it was not a hint for his ex-partner, but that it is only a song and that he is no longer there to do that kind of thing.

“You guys are so funny and creative! It is a song, a filter and a parody, nothing more, neither direct nor indirect, I am not for those things, leave creativity and apart it was TOÑO who wanted to sing it and record it, go to him to claim it “, Toni Costa clarified for his video shared on your social network profile.

“I love your humor, the direct song”, “The song falls like a glove”, “you also met her dancing”, “With that filter, the first impression when I saw it, I thought it was Piqué, Shakira‘s husband “,” Straight to the jugular, ha ha ha. Nice Toni “,” if you met her dancing. To dance forever and now with Toño ”.

“Likewise, you met her dancing … God has beautiful purposes for you as a Family, do not let the enemy take them away … Many blessings TOÑO”, “I want to see you together as a family”, “There is Toni a direct message”, “That song tells the truth “, were some of the comments. TO WATCH THE VIDEO CLICK HERE.

While Adamari López works hard in ‘Hoy Día’ and with various brands to make money and follow her lifestyle now that she is separated, Toni Costa does the same and wastes no time to share images and videos of beautiful moments with her daughter Alaïa , which has left him ‘better off’ in the eyes of the people.

It was through a nice Instagram video, where Toni Costa appears dressed according to the discipline of The Kwon Do with Alaïa from the car making faces and martial arts poses with the phrase ‘Attitude before everything’, where he received the most unexpected comments.

And the thing is, the Spaniard does not miss the opportunity to show what a great dad he is and people applaud him, but he has attracted a lot of attention that lately they point out that his daughter Alaïa is always more relaxed, happy and notably happier with Toni Costa than with Adamari López.

They point out that his daughter Alaïa is happier with him

In the nice black and white video dressed to do martial arts, Toni Costa and her daughter Alaïa doing poses, conquered the people who commented: “Alaïa’s little face looks happy and when she is with her mother she is not like that”, ” How happy she looks with her daddy ”,“ So beautiful my Alaia always super happy with you Toni ”.

“You are so beautiful with your father, God bless you, the love of dad is reflected, Adamari unforgivable, rant so much about Toni, karma does not forgive”, “I congratulate you for always having time for the girl. It can’t just be work ”,“ But what a beautiful girl, God bless her ”,“ So beautiful !!! She is very special with you, “the people told him, but Toni Costa was not silent … did he defend Adamari López? Filed Under: Toni Costa Hint Adamari López.

Like a true gentleman, Toni Costa defended Adamari López and assured that the Puerto Rican also works hard to make her daughter Alaïa happy and that is also notable in the videos she shares on her YouTube account where she accompanies her to her classes and school activities and even sports. Filed Under: Toni Costa Hint Adamari López.

A few weeks ago, on her vacation in Europe, Adamari López wore a little dress that made clear her hard work in exercise and nutrition that has greatly served to be the center of attention and see herself with a better attitude to the unexpected separation with Toni Costa.

In the photograph you can see the sexy host of ‘Hoy Día’ on a kind of boardwalk with a little silver dress with glitters on one half and on the other a kind of black jacket, very sensual and elegant while highlighting her curves and frontal attributes, as well as her tanned legs. Filed Under: Toni Costa Hint Adamari López.

Do they make a beautiful couple?

And as if that were not enough, do you send a ‘hint’ to Toni Costa? As the session progressed and introduced the sexy yoga teacher who was shirtless, he stressed that the postures would serve to increase patience with the couple: “Patience I like it because sometimes there is not always between couples and being able to communicate better in this way makes one have a better relationship then, ”he commented, and does he say it from experience? Filed Under: Toni Costa Hint Adamari López.