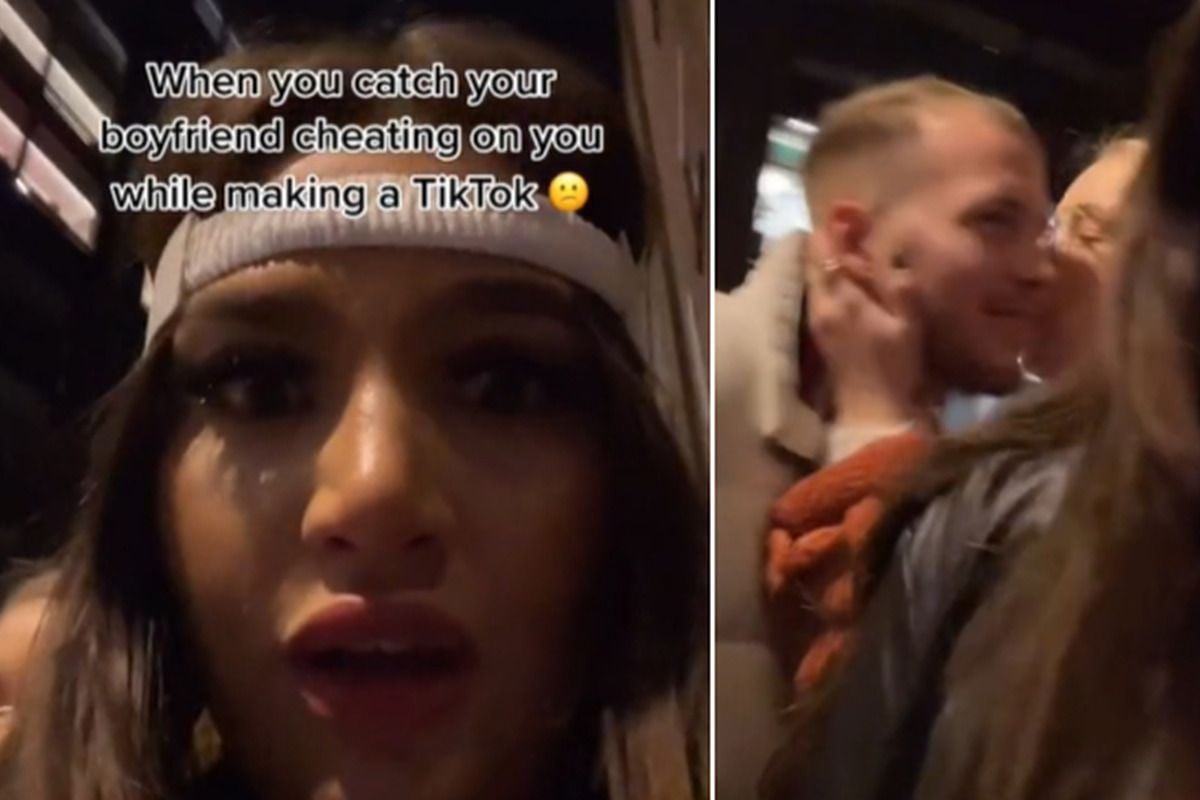 Today it is common for people to choose to film almost everything they do, because they want to generate content on social networks. With that said, Georgia, a young woman from the UK, decided to shoot a video for TikTok and by chance caught how her boyfriend was unfaithful.

The girl in question was in the company of some friends, so she thought it would be an excellent idea to film a clip with them for the aforementioned platform. This is how they all chose to join the viral trend called “Bing bong, what do you want to say to Joe Byron right now?”, As reported The Mirror.

WHAT DID THE BOYFRIEND IN THIS STORY?

Everything was going normally until, at a certain point, the camera caught Georgia’s boyfriend who was happy with a woman who lovingly grabbed his face and kissed him on the cheek. The protagonist of this story, seeing the scene, was disconcerted.

The video that shows what was said above was shared by the young woman herself in her personal account of TikTok (@gh0bbs), exactly on December 11, 2021. Thousands of users did not take long to react to its publication.

“This is the craziest thing I’ve ever seen”, “I hope you’re done with him”, “you deserve something better”, are some of the comments that can be found. As the clip drew attention almost immediately, it is now circulating on various social networks.