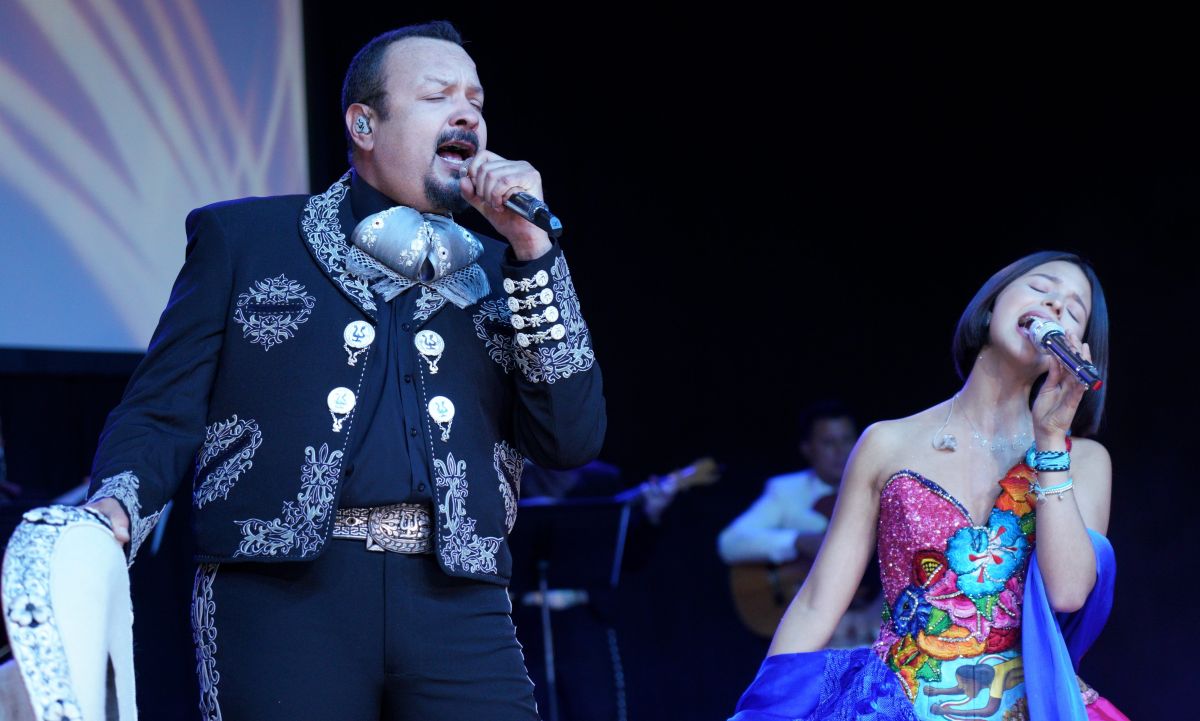 After the success achieved Angela Aguilar in his first solo performances and recently on stage at Premios Lo Nuestro, Pepe Aguilar He was surprised to reveal that his daughter is fully prepared to start her own path as an artist, a fact that makes him happy and proud.

It was during a live broadcast with his Instagram followers on February 24, where the singer was grateful for the great acceptance that the youngest of his dynasty had, so, from that night, she would be ready to start a new stage of her life and especially on musical stages, for which she even pointed out that no longer needs to be designated as “the daughter of Pepe Aguilar”.

The born in San Antonio, Texas, and raised in Zacatecas, Mexico, added that “The Princess of Mexican Music” has already managed to form herself as a true artist, which represents one more reason to feel proud of what she achieved by supporting her during his first years of musical career.

“From today, from this moment, she is already an artist on her own and they don’t know how she makes me proud, They have no idea how glad I am that we have done what we had to do so that she can walk with her own two feet, “he said excitedly during the video that has been taken up by other accounts within the same social network.

Before finishing, Pepe Aguilar clarified that his youngest daughter will continue to appear with him in their shows; however, she is also poised to shine solo thanks to her talent, beauty, and humility that have characterized her over the past few years.

“That does not mean that she will no longer work with us, no, simply, she is already a full-fledged artist, she has to follow her path,” Aguilar pointed out prior to the presentation of Lo Nuestro Awardswhere Ángela swept and received the Award in the Female Revelation Artist category and shared the stage with important exponents of the Mexican Regional such as Christian Nodal, Grupo Firme, David Bisbal and Camilo during an emotional tribute to Vicente Fernández.

You may also like:
–The four changes of clothes with which Ángela Aguilar dazzled with her beauty at Premios Lo Nuestro
–VIDEO: Leonardo Aguilar praises his sister Ángela and hints at those who use playback
–VIDEO: Ángela Aguilar and Jhonny Caz from Grupo Firme make fun of Belinda’s phrase