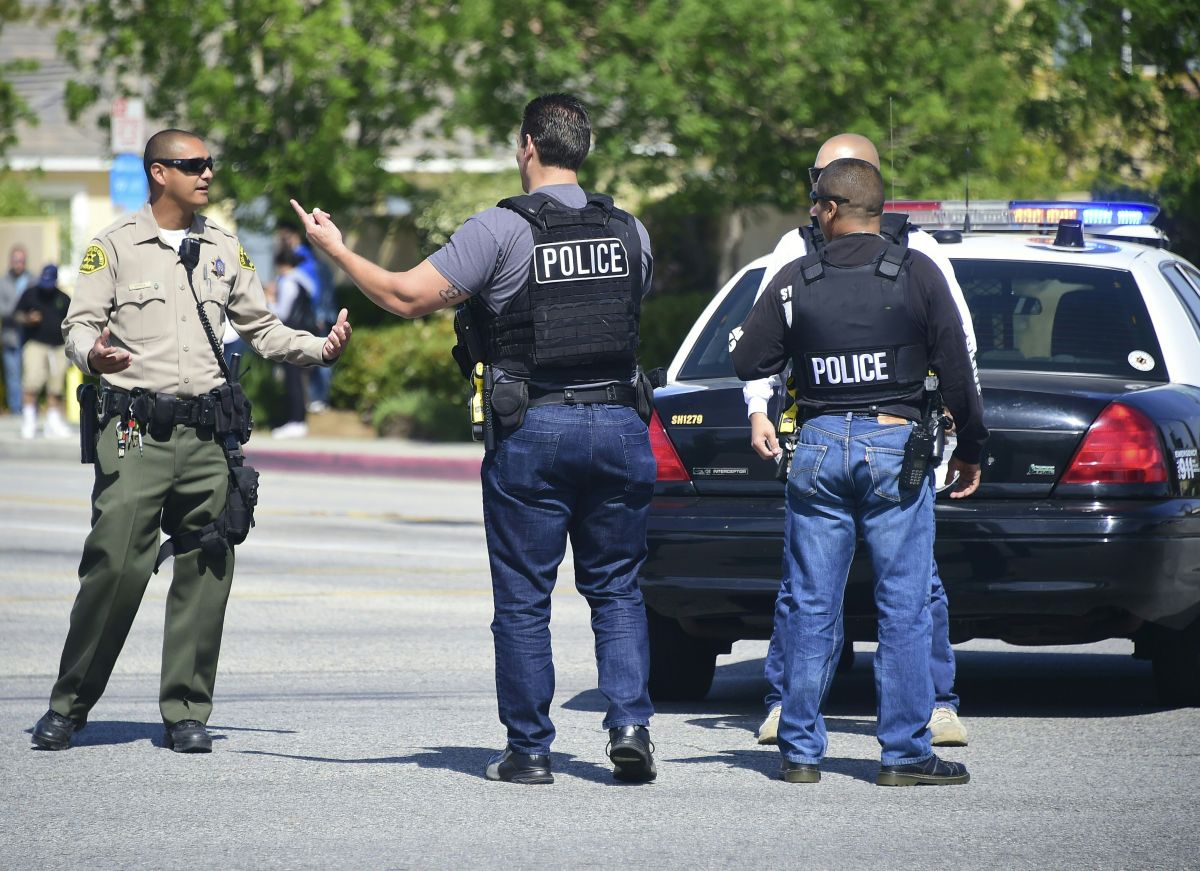 Los Angeles Sheriff Alex Villanueva denounced that for political reasons the county Board of Supervisors has reduced funds that have caused a shortage of personnel and hurt public safety, amid the increase in crime.

He said that throughout Los Angeles County’s history, public safety had been a top priority for supervisors, but in recent years, that has changed dramatically.

Currently, he noted that there are 783 sworn officer vacancies and the number is expected to grow to 927 by April 1 due to staff retirement.

Lieutenants, sergeants, and officers are in critical positions at patrol stations, courthouses, and jails. They are the first responders to maintain and improve public safety, he argued.

He said that currently, the patrols are operating with 70% of the personnel when 100% are needed. In other words, 70% have to work overtime to cover 100%.

The county budget has continued to grow steadily, but the sheriff’s budget hasn’t seen the same growth, he deplored.

He specified that during 2018-19, 11.85% of the total county budget was allocated to the Sheriff’s Department.

“Now it has been cut to 8.9% and it continues to fall. While the total cost of the county continues to grow, but that of the sheriff decreases”.

He cited that Riverside County allocates 38% of its budget to the sheriff; Orange County, 25%; Ventura County, 32%; that of San Bernardino, 22%.

What’s more, he maintained that in 2019, the Department had a total of 12 academy graduations, in which 1,100 sheriff’s deputies were hired, but the Board of Supervisors cut classes to 7 in 2020; and to 3 in 2021 when a minimum of 8 classes is required to maintain department hiring levels.

He indicated that weapons-related arrests doubled between 2017 and 2021, and in half of those arrests, homemade or clandestinely manufactured weapons were seized.

“Every arrest we make is one less crime that is going to happen. One less homicide, one less assault with a deadly weapon, one less robbery,” the sheriff said.

Sheriff Villanueva pointed out that the district with the highest number of murders is that of Supervisor Holly Mitchell, but ironically she has said that she does not want more money to be allocated to the Sheriff’s Department.

He specified that the Crime Laboratory of the Bureau of Scientific Services lost 22 positions during October 2020.

“As a result, there is a backlog of 4,200 weapons and ballistics tests, there is a 3-month backlog for toxicology, and the collection of homicides and evidence has increased significantly.”

Among the many consequences of defunding the Department, it stands out that the agents work multiple shifts, he said.

“Before, bailiffs were only allowed to work 12 days in a row, but now the number has increased. increased to 30 days in a row because the Department simply does not have the staff to meet their needs”.

Sheriff Villanueva is not shy about saying that the Board of Supervisors is acting in retaliation and for political reasons without legal or moral justification for doing so.

“His motives are taking a toll on the Sheriff’s Department and taking away vital law enforcement services for everyone. Their actions are hurting and will continue to hurt public safety.”

For this Saturday March 12 from 11 am to 3 pm there will be a demonstration that has been called “Angelenos United in support of our Law Enforcement and County Employees” in Grand Park on Hill Street.

The demands of the protesters are to ask to stop the mandates that require that sheriff’s deputies must be vaccinated and that those who do not do so will be fired, demand funding and unfreeze hiring.

Supervisor Hilda Solis responded to the sheriff’s remarks by saying that every county department is required to operate within a budget.

On the subject of staffing shortages, he said that while hiring freezes were implemented countywide during the COVID-19 pandemic, exemptions were made in critical positions to ensure the safety and public health of our employees. communities.

“This was reflected in the more than 1,500 new employees that were hired for the Sheriff’s Department during the pandemic.”

The sheriff was elected on November 4, 2018, becoming the first person in 104 years to unseat a sitting Los Angeles County sheriff. He was also the first Democratic candidate to win the office of sheriff in 138 years; and he is the first sheriff who speaks Spanish.

Practically since taking office, he has been in conflict with the Board of Supervisors, a lawsuit that has not been resolved.

In October 2010, the Los Angeles Board of Supervisors announced that they were looking at options to remove the sheriff before the 2022 election.

The vote to consider removing him, removing him or limiting his responsibilities and appointing a county police officer in his place did not materialize.

It was Supervisors Mark Ridley-Thomas, now under federal investigation for corruption, and Sheila Kuehl who filed the motion “Report Regarding Options to Remove the Sheriff,” in which they ask their attorneys, the Inspector General and the Commissioners of civil surveillance, look for alternatives to remove him from office or dismiss him.

Then the Civil Surveillance Commission asked Villanueva to resign, and they passed a resolution telling him to leave because they have lost confidence in his ability to manage the largest law enforcement agency in the country.

Sheriff Villanueva is out of office this year, but is campaigning for another 4 years.

In January, he announced that his re-election campaign had raised more than $1.25 million. If in the primary election in June he wins with more than 50%, he would no longer have to go to a second round for the November elections. Otherwise, the two contenders with the highest number of votes would face each other in November.