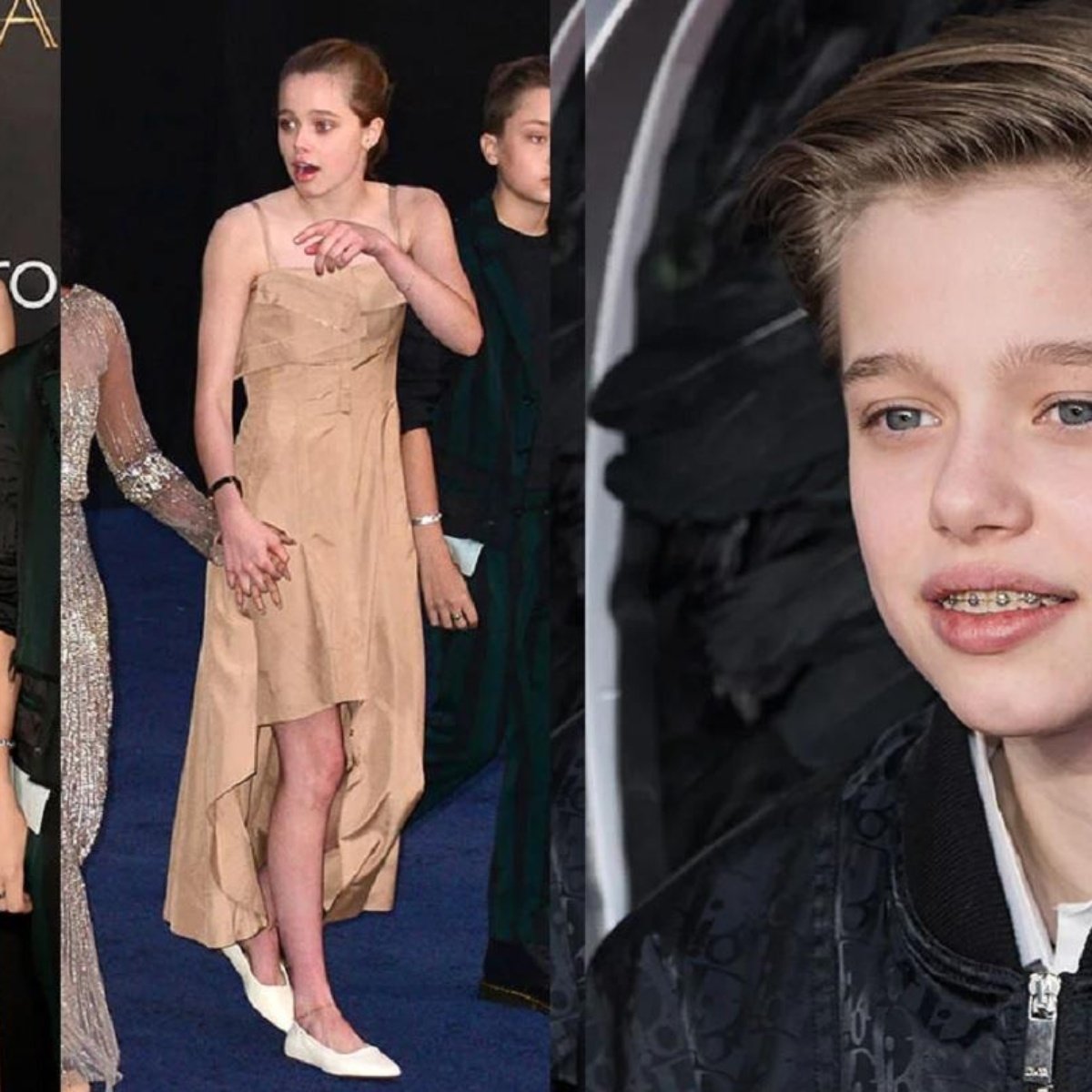 Shiloh Jolie-Pitt is the most popular of the clan of the 6 children of Angelina Jolie and Brad Pitt they have six children togetherwho is currently 16 years old and is the oldest of the actress’s children along with who was her husband for 12 years.

It turns out that the teenager gained great fame and generated repercussions in the press from all over the world when she began to appear publicly dressed as a child. so he also decided to cut his hair and show that he felt more comfortable that way.

That is why on this occasion Angelina Jolie herself revealed a few years ago as a guest on Oprah’s show that Shiloh Jolie-Pitt, who was only two years old at the time, had asked her to be called John or Peter.

On another occasion, in a conversation with Vanity Fair, when he was already four years old, he said: “He likes suits. He wears a tie, jacket and pants. He likes to dress like a boy, he wants to be like a boy. We had to cut his hair. He likes to wear men’s things. She believes that she is like one of her brothers”.

But now in her last public appearances, Shiloh Jolie-Pitt began to let her hair grow and even showed off on some red carpets wearing incredible designer dresses, where some international media analyzed why Angelina Jolie’s daughter could have gone through that stage and Brad Pitt.

It should be noted that the young woman was considered by the international press as an icon of the LGBTI+ community, given that from a very young age she defended her choice and was encouraged to openly express her preferences.

However, as a teenager, she never expressed herself or spoke about it, making her position clear, confronting what the media said about her.

IT MAY INTEREST YOU: Shilon rebels against Angelina Jolie, for defending Brad Pitt

Why was Shiloh Jolie-Pitt dressed as a boy?

At the time, Shiloh Jolie Pitt was said to have suffered from gender dysphoria, a psychological condition in which children begin to experience a kind of incongruity between their biological sex and how they perceive themselves socially or in the face of things they feel identified.

A study by the University of Malaga ensures that 15 percent of children with this characteristic end up being transsexual in the future and that the remaining 85 percent begin to identify with their biological sex once puberty arrives.

It should be noted that this coincides with the reality of the famous Shiloh Jolie-Pitt before the cameras, since she is finding her own style again and however she is always radiant.