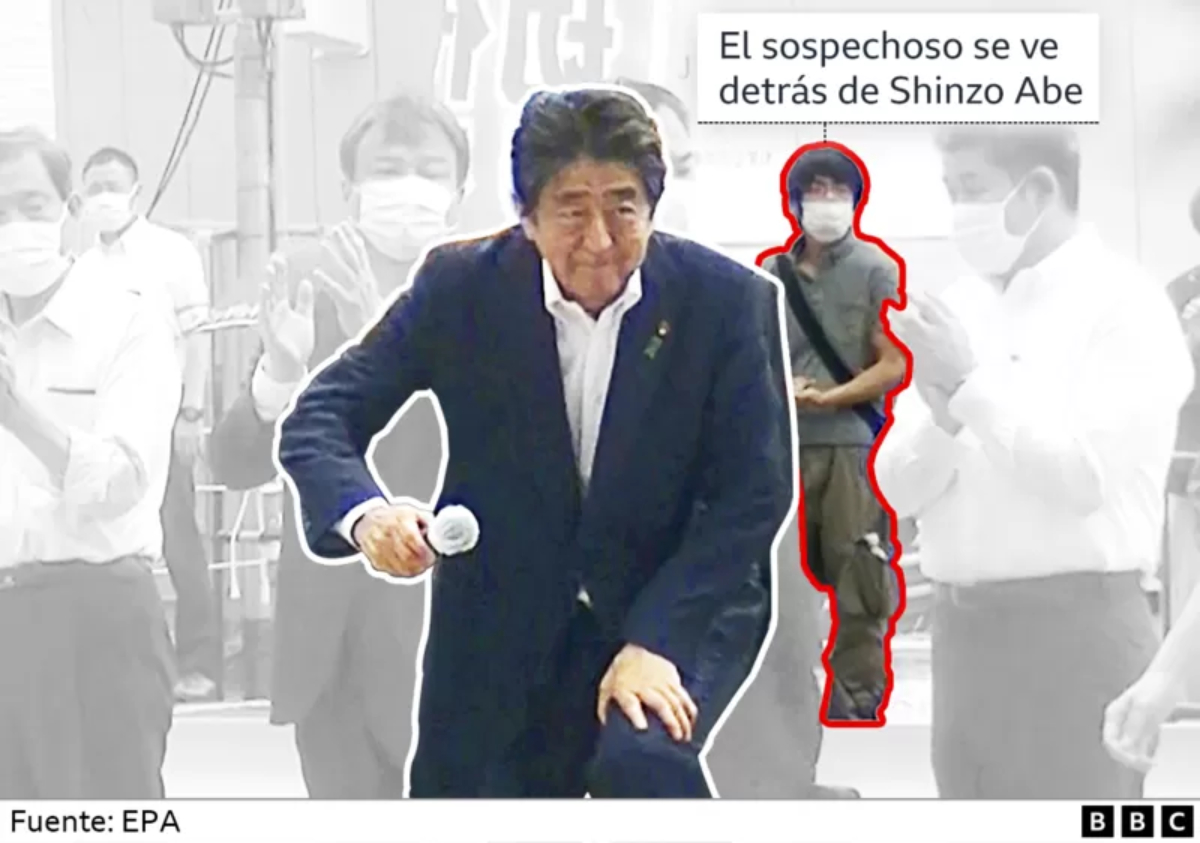 Shinzo Abe, Japan’s longest-serving former prime minister, was shot dead on Friday in the southern city of Nara, some 300 miles from the capital Tokyo.

Abe, 67, was campaigning for the re-election of Kei Sato, a member of the upper house of the Japanese Parliament.

The attacker was caught on camera standing a short distance behind Abe as the politician took the podium to address voters outside the Yamato-Saidaiji railway station in Nara.

Witnesses say the man was carrying what they described with a large gun with which shot him twice from behind. It was 11:30 am (local time).

Abe collapsed on the spot with injuries to his neck and back, according to reports.

Security officers forced the suspect to the ground and arrested him, while Abe was rushed to the nearest hospital.

The former prime minister was bleeding internally and the hospital began life-saving procedures with blood transfusions.

However, about four hours later, at 17:03 (local time) the hospital announced his deadand.

Doctors say that he received two injuries that damaged an artery and that he suffered severe damage to his heart. Both wounds were deep and the cause of death was blood loss. No bullets were found during surgery.

What is known about the attack

The attacker, who is in custody, was identified as Tetsuya Yamagami, 41, a resident of Nara.

Pictures taken before the attack show him dressed in camouflage pants and a cross-shoulder belt with which he is supposed to be carrying a gun.

A photo taken later shows what appears to be a homemade weapon on the ground.

According to police, the subject confessed to using the homemade gun made of wood and metal and assembled with tape to shoot Abe.

Gun ownership laws in Japan are very strict, so buying one is extremely difficult.

Following an inspection of Yamagami’s house by the police, discovered what is believed to be explosives and more homemade weapons.

Police said the suspect had a grudge against a “specific organization” that he believed Abe was a part of, but authorities did not provide details of the name of the group.

Local media reported that Yamagami told police that he was “upset with the former prime minister and his goal was to kill him“.

It is reported that he is a former member of the Japan Maritime Self-Defense Force, the country’s naval force.

In addition to confessing to the attack, the attacker told police that he had a grudge against a “specific organization” and that he believed Shinzo Abe was part of that group.

It is not known exactly how he came to know of Abe’s presence at the political rally, as the former prime minister’s presence had only been confirmed late the night before.