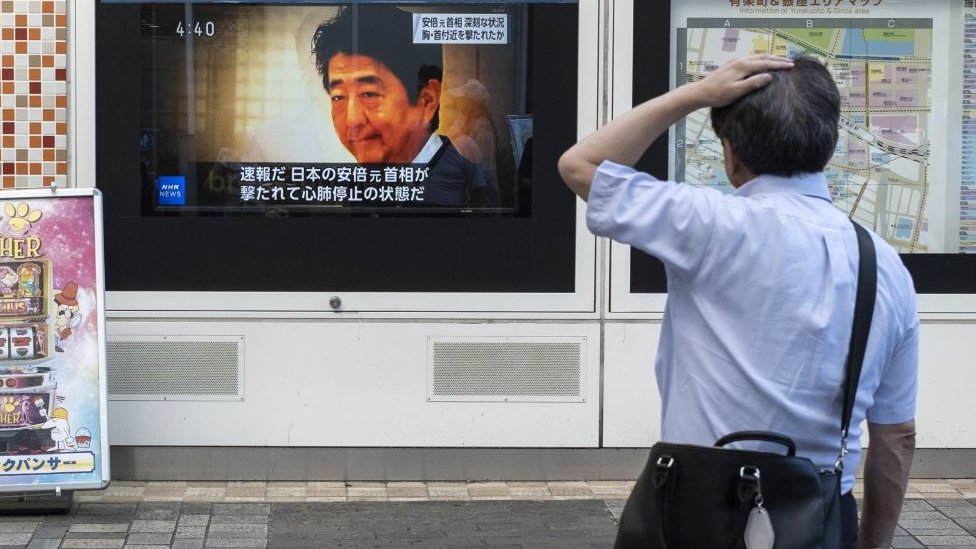 Two shots rang out before former Japanese Prime Minister Shinzo Abe collapsed to the ground and was confirmed dead hours later in hospital.

The crime happened in the city of Nara, almost 500 kilometers from Tokyo, in a public electoral act.

At a news conference, a doctor said doctors spent four and a half hours treating Abe and he bled to death.

The doctor confirmed that Abe arrived with two wounds, one of them in the neck and big enough to reach his heart. None of the bullets were found during surgery.

The former prime minister had no vital signs when he arrived at the hospital and suffered cardiopulmonary arrest In the crime scene.

Immediately after the shots, security agents neutralized the suspect on the groundwho is in police custody.

Police said the suspect had a grudge against a “specific organization” that he believed Abe was a part of, but authorities did not provide details of the name of the group.

Abe was in Nara at an election campaign rally where he was supporting candidate Kei Sato, a current member of the upper house and a candidate for re-election in Nara.

Japan and the world are shocked by a crime in a country where access to weapons is extremely restricted and deaths from firearms are very rare.

That is why many wonder who the main suspect is, what motives he could have to attack Abe and how he got hold of the murder weapon.

Former member of the defense forces

Around 11:30 am local time, footage from the scene shows Yamagami, wearing a gray T-shirt and brown pants, approaching Abe from behind.

He fired at least twice, a cloud of smoke emerged and the terrified witnesses fell to the ground.

Witnesses at the scene report that the subject was immediately neutralized by the police after the shots were fired. He was armed with some kind of homemade weapon.

An unidentified weapon that would fit witnesses’ descriptions was filmed on the ground after the attack.

According to police, the subject confessed to using the homemade gun made of wood and metal and assembled with tape to shoot Abe.

Local media in Japan reported that Yamagami had been part of the Japan Maritime Defense Forces and that it had terminated service in 2005.

NHK, Japan’s public broadcaster, reported that the suspect told police after his arrest that he was “frustrated with the former prime minister and pointed at Abe with the intent to kill him“.

The suspect traveled by train to the site in Nara where the former prime minister was giving a speech. But authorities cannot say if he had arrived immediately before the event.

how did you get hold of the gun

Rupert Wingfield-Hayes, the BBC’s Tokyo correspondent, reports that the suspect apparently made his own gun. Photographs taken after the subject’s arrest show what appears to be a makeshift, homemade double-barreled firearm.

More homemade weapons, similar to the one used in the attack, were also found. According to the police, these were confiscated.

Gun violence is very rare in Japan and it is very difficult to get hold of a gun. Violence against politicians is also extremely rare.

Abe had security equipment. But despite this, it appears the suspect was able to get within a few feet of Abe. without going through any type of security or barrier.

The attack on a figure of such prominence deeply shocks a country that prides itself on its security.

The process to legally own a gun in Japan is extremely difficult.

Although there are some exceptions, including for hunting, those who apply for a license are subject to mental, drug and criminal history.

In addition, those who want to own a gun must spend a whole day of training, take a written test and pass marksmanship tests.

In 2020, there was 32 deaths attributed to firearms in Japan, according to the Small Arms Survey, which monitors this type of violence globally.