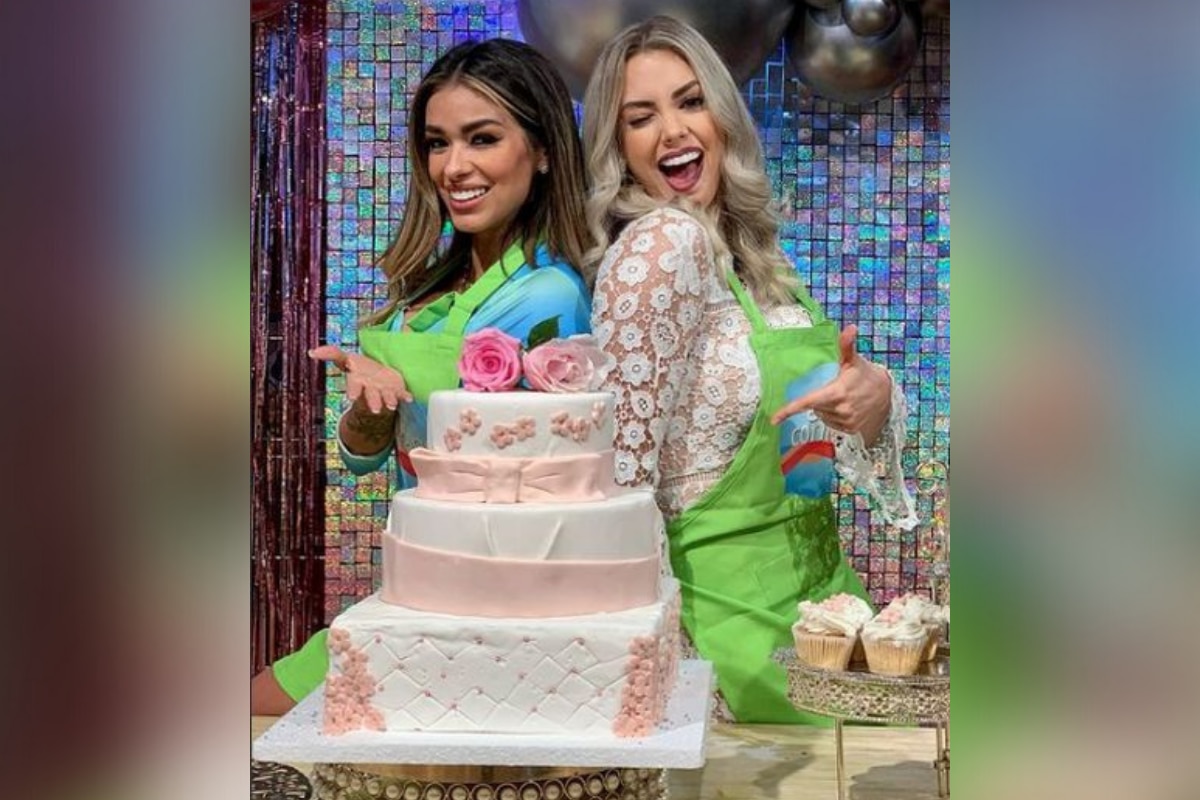 Shirley Arica lived her first competition in the Ecuavisa program ‘In Contact’, where she was presented last Thursday as part of her career for internationalization. The model will fight for the position of the new host of the Ecuadorian space, in a contest called ‘The new star’.

LOOK: Melissa Paredes announces relationship with Anthony Aranda in INTERVIEW: “A month ago we were in love”

In the first challenge, the ‘reality girl’ He showed his skills in the kitchen, especially in baking. Next to the former Miss Carolina Aguirre de Vélez, both from the green team, faced the journalist Maria Mercedes Cuesta and to Miss Ecuador International 2021, Valeria gutierrez, of the orange team.

The participants had to decorate a huge cake and in the social networks of ‘In contact‘showed the ins and outs of the competition. Finally the chef, Jose Urrutia, who was on the jury, chose the orange team, although the public showed their preference for the green one. Finally, they were in a tie.

The video of the decision generated hundreds of reactions in Instagram and dozens of comments that showed their preference for the ‘team’ of Shirley arica. “For humility always the green team”, “Yupiii I love the green team”, “Beautiful green Shirley”, “The green team the best of all”, were some of the messages they received.

LOOK: Flavia Laos ran into the street naked due to the shaking: “I ended up on the track without clothes”

WATCH THE VIDEO OF THE STARS PASTRY CHALLENGE WITH SHIRLEY ARICA

SHIRLEY DEBUTS ON TV IN ECUADOR

The remembered “Reality Girl” A new project abroad was added and it was presented as part of the ‘The New Star’ contest, in which different women will seek the award of becoming the new presenter of “In Contact”.

“She is a spectacular and controversial woman. He has revolutionized social media because his name is everywhere. She is the fifth candidate to be the new star of “In Touch”. Peruvian, charming and controversial ”, was part of the presentation for Shirley arica.

The Peruvian model took over the set of the Ecuavisa program and showed her beauty and charisma, although she also expressed her nervousness despite her career on Peruvian television.

“I’m super nervous. I am in Ecuador for the first time, happy for the affection of the people, they have received me at the airport, with all the cameras. I’m a little out of the rhythm (laughs) ”, manifested.

It’s important pointing that Shirley arica is one of the participants of this reality ‘The new star’, where it will have as competitors different beauty queens and models, among them Virginia Limongi, Valeria Gutti, Carolina Aguirre, among other.

Exitosa’s host despairs LIVE due to tremor: she threw smoothness into the air and left the set

Rodrigo Cuba already confirms his relationship with Ale Venturo with a romantic message: “I love you”

Jazmín Pinedo confessed that she came out in a bra due to the tremor: “If they recorded me, don’t upload it”