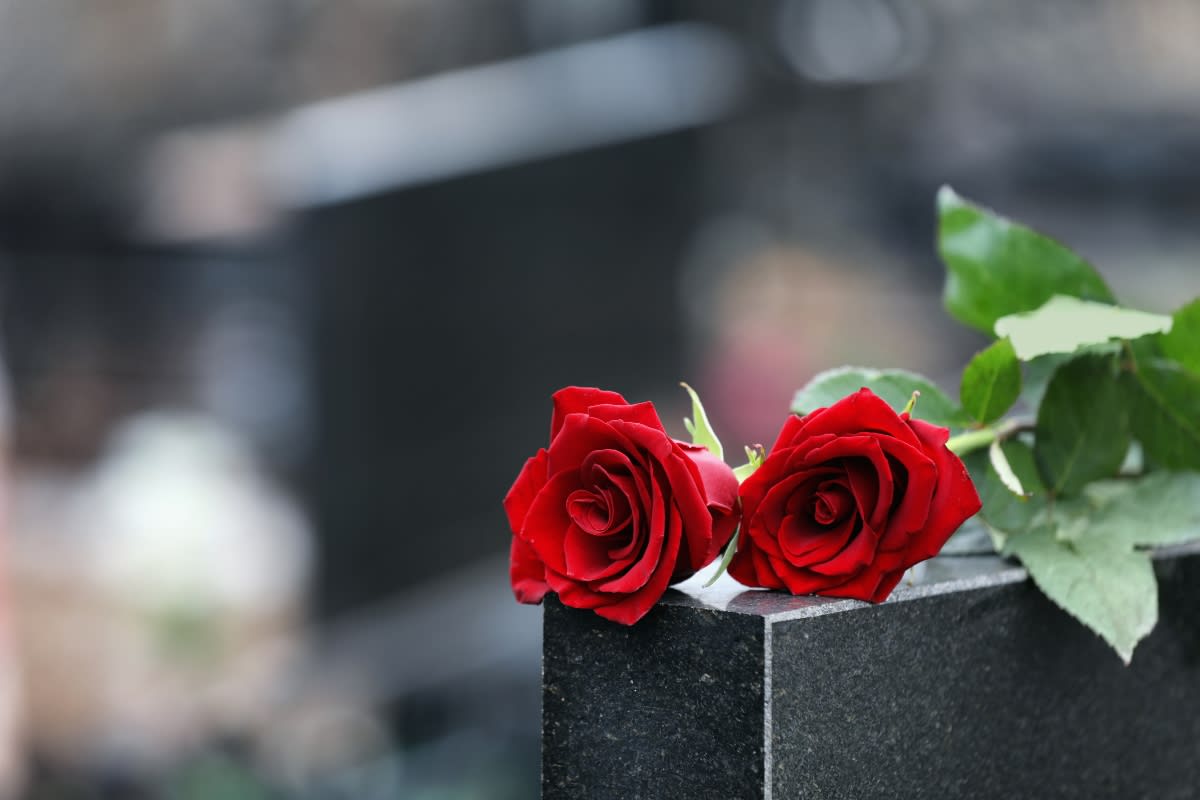 With sadness and tears, the shocking images of the funeral of the driver from Guatemala, Vivian Vásquez, are revealed, where friends and family say goodbye to this charismatic driver, who died on August 18 due to a tragic car accident.

Since the terrible death of a host of the Telediario program in Guatemala, Vivian Michelle Vásquez Morales, became known, eyes and ears have passed in the family and in the program, who have been documenting both evidence and day-to-day life since that the reporter passed away.

The death of Vivian Vásquez

As mentioned a few lines before, it was on August 18 when the terrible death of one of the host of the Telediario program was announced, and this fact was made known when her colleagues, with tears in their eyes, did not They expected that that car accident they were talking about minutes before, it was the same accident that killed his beloved partner:

“Confirming the news that has deeply impacted the entire Telediario team, the death of our colleague, Vivian Michelle Vásquez Morales, 26, is confirmed, there you will remember her with that usual smile, and her anecdotes that she shared every morning, so we confirmed then and we say goodbye to our dear Vivian ”, it was possible to read at that time.

“They give him the last goodbye”; The shocking images of Vivian Vásquez’s funeral come to light

After this unfortunate and shocking death of Vivian Vásquez, all the events that have arisen after the death of the reporter have been commented to the public, to such an extent that they reveal several images of her funeral, which took place on August 19 , two days after his death.

According to the portal of the Telemundo network, Suelta la Sopa, heartbreaking images were revealed of the moment in which the reporter’s remains were being placed on a tombstone, amid tears and sadness in the spectators, who were devastated for this loss.

Vivian’s funeral was filled with tears and music; The shocking images of Vivian Vásquez’s funeral come to light

These images of Vivian Vásquez’s funeral were shared through the Instagram of Omar Vega Lorenzana, already a widower of the driver, who decided to upload several of these videos in her stories, in which it was possible to observe how the funeral of the now deceased reporter was 26 years old.

In the clip, you can even hear the cries and screams of several people, who continue to be quite incredulous at the death of the Telediario host, who were drowned by the music of Sax that could be heard, which were hired by the family of the late Vivian.

The protocols were followed; The shocking images of Vivian Vásquez’s funeral come to light

In the shocking images, which were rescued by the Instagram account, @lalenguateve, you can see part of the funeral of the driver Vivian Vásquez, a ceremony that was held with very few people, due to the current pandemic.

It should be noted that the people who were being in charge of putting Vivian’s remains in its last resting place, wore special suits, and although the reason for this protocol is not well known, it did attract attention, because They looked like suits used lately on COVID-19 patients.

They fire her; The shocking images of Vivian Vásquez’s funeral come to light

With information from local media, and rescued by the entertainment news portal, Suelta la Sopa, before 3:00 p.m., the remains of Vivian Vásquez were taken in a hearse to Jocotenando, Sacatepéquez, later, they were taken to held the funeral of the beloved driver.

It was in the temple of Our Lady of Asunción, who hosted the present body ceremony, to later be buried, gave me a strict security protocol, due to the current pandemic due to COVID-19, it was there where they gave him the last goodbye to the presenter of Telediario. YOU CAN SEE THE VIDEO HERE

Scary! After it became known that the Guatemalan driver Vivian Vásquez had died in a tragic accident, now there are lurid details of the place where the 26-year-old girl lost her life. They ensure that their voice is heard.

Through the official Instagram account of the Telemundo program Suelta la soup, a publication of the social networks of La lengua was taken up, where the following can be read: “They hear the terrifying sound in the place where the corpse is”. Filed Under: Shocking images of Vivian Vásquez’s funeral come to light

Vivian Vásquez had a tragic end

This incident occurred at kilometer 53 of the Chimaltenango highway, in Guatemala. The investigation was assigned to the District Attorney’s Office, where it was reported that, when an accident of this type occurs in which the driver Vivian Vásquez lost her life, the causes of the event, what caused it and how it would have happened, are investigated.

So far, it is unknown if someone took the young woman off the road, so she would have lost control of her car, according to Juan Carlos Aquino, spokesman for Provial, but what does leave doubts is whose voice is that is heard in the video. Filed Under: Shocking images of Vivian Vásquez’s funeral come to light

“What did you do to me?”, Is heard in the video

Users of social networks reacted in different ways to the video showing the place where the driver Vivian Vásquez lost her life and where a voice is heard asking: “What did you do to me?” What is this all about? Filed Under: Shocking images of Vivian Vásquez’s funeral come to light

“You are arguing with your partner and there you get distracted, please, if a relationship does not work, be quiet, leave each one by your side and do not wait for this”, “A terrifying scream is heard, as if she does not think she sees herself dead ”,“ Well if he says ‘what did you do to me’, something strange was happening. God willing and it is not some living person who has damaged the car ”.

They wish Vivian Vásquez to rest in peace

For their part, followers of Suelta la sopa also wanted to express their points of view after seeing this publication that shows the place where Guatemalan driver Vivia Vásquez lost her life at 26 years of age. Filed Under: Shocking images of Vivian Vásquez’s funeral come to light

They assure that it is the voice of the driver

Although several people strongly complained to the social networks of the Suelta la soup program that they have shared this video, other Internet users shared different theories: “The voice that is heard is hers was a loved one who has already passed away and claims what he did to her. ”.

“It cannot be edited because everywhere the video comes out it says the same thing: ‘What did you do to me?” Vásquez (TO SEE THE VIDEO CLICK HERE). Filed Under: Shocking images of Vivian Vásquez’s funeral come to light