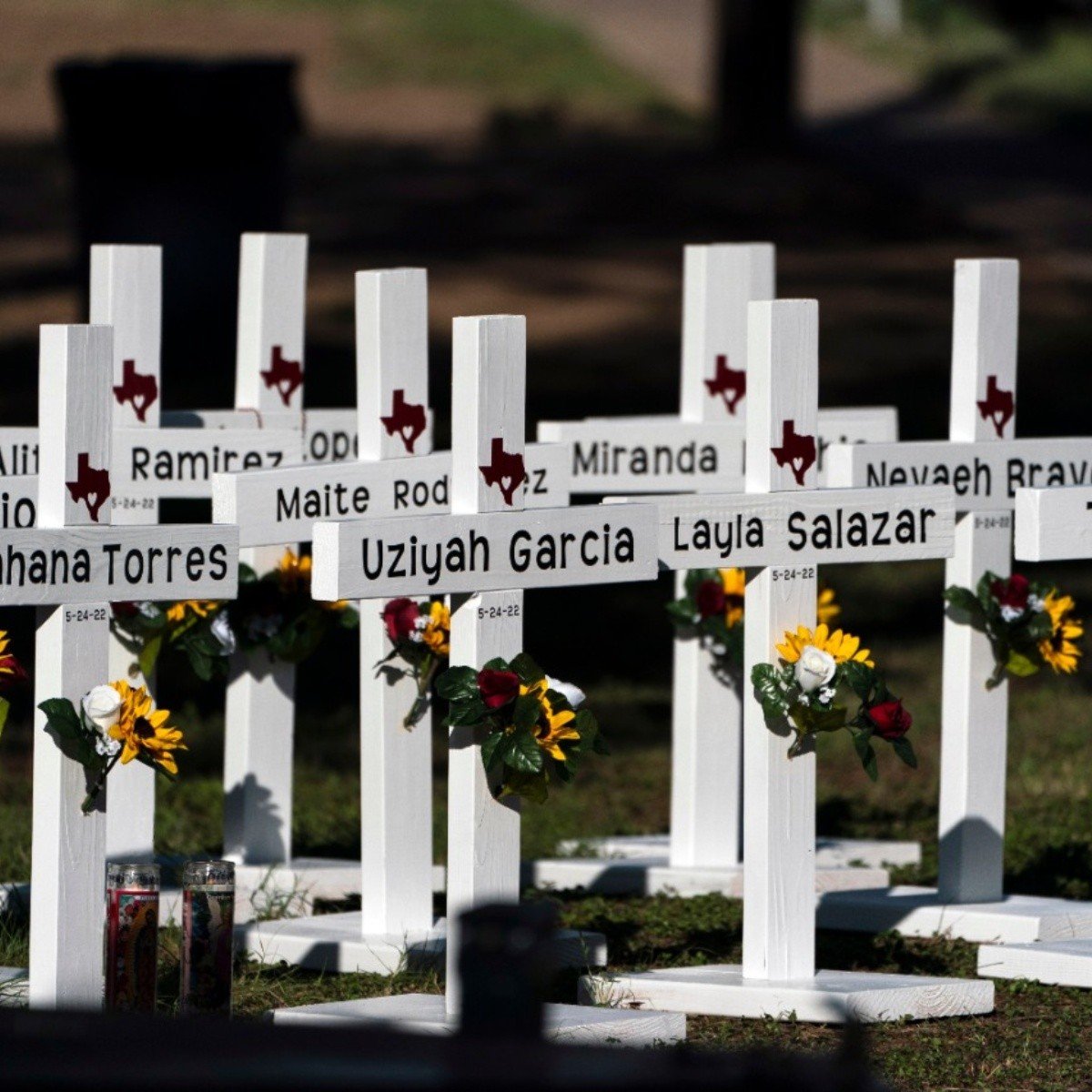 USA.- Salvador Ramos left evidence on his social networks that they were alertas the young man appeared holding weapons and warning children to be careful, however, the infinite content that is generated on digital platforms does not allow something abnormal to be taken with caution.

The warning signs were there for anyone to see, days before the 18 year old gunman entered a Texas elementary school on Tuesday and murdered 19 students and two teachers.

was the Instagram photo of a hand holding a gun magazinea TikTok profile that warned “Kids, be afraid,” and the image of two AR-style semi-automatic rifles displayed on a rug, pinned to the top of the killer’s Instagram profile.

Shooters are leaving digital clues that hint at what’s to come long before they pull the trigger in real life.

“When someone starts posting photos of the guns they started buying, they’re advertising to the world that they’re changing who they are,” said Katherine Schweit, an agent for the FBI recall who oversaw the agency’s active shooter program. “It’s a call for help. It’s a tease: can you catch me?”

Premonitory publications, however, are often lost in the endless web of Instagram photos of semi-automatic rifles, guns and ammunition. There is even a popular hashtag dedicated to encouraging platform users to post photos with firearms on a daily basis, which accumulates more than two million posts.

For law enforcement and social media companies, detecting a post about weapons from a possible mass shooter is virtually impossible, Schweit said. This is why he asks people not to ignore these types of posts, especially if they are from minors or young adults. He recommends reporting them to a school counselor, the police, or even the FBI tip line.

Increasingly, young people are turning to Instagram, which has a thriving gun community, to leave little hints of what’s to come with photos of their own guns days or weeks before committing mass murder.

Before killing 17 students and staff members at Marjory Stoneman Douglas High School in 2018, Nikolas Cruz posted on YouTube that he wanted to be a “professional school shooter” and shared images with their faces covered and posing with weapons. The FBI received a tip about Cruz’s comment on the video platform, but never followed up.

In November, Ethan Crumbleyaged 15, posted a picture of a semi automatic pistol that her father had bought with the phrase “I just got my new beauty today,” just days before he killed four students and wounded seven more at his high school in Oxford Township, Michigan.

And days before he stormed another school and killed 19 children and two teachers, 18-year-old Salvador Ramos left similar clues on Instagram.

On May 20, the same day police say he bought the second rifle, an image with two semi-automatic weapons appeared on his Instagram profile. She tagged another user with over 10,000 followers in that photo. In a conversation later shared by this person, she asks why she mentioned it in her post.

“I barely know you and you tag me in a picture with some guns,” the user wrote. “It’s just terrifying.”

The Uvalde school district had even invested in software that uses geofencing to monitor potential threats in the area.

But Ramos did not make a direct threat in his messages. And since she had recently turned 18, he could legally own guns in Texas.

This makes it difficult for platforms to separate those who post such photos as a hobby from those who do so with violent intent, said Sara Aniano, a social media and disinformation researcher, recently at Monmouth University.

“In a perfect world, there would be some magical algorithm that could detect a worrying image of a gun on Instagram,” Aniano said. “For many reasons, this is an impossible thing to do when there are people like collectors or gunsmiths who have no plans to use their guns maliciously.”

Meta said it was working with authorities on Wednesday to investigate Ramos’ accounts. The company declined to answer questions about reports he may have received about profiles of the shooter.