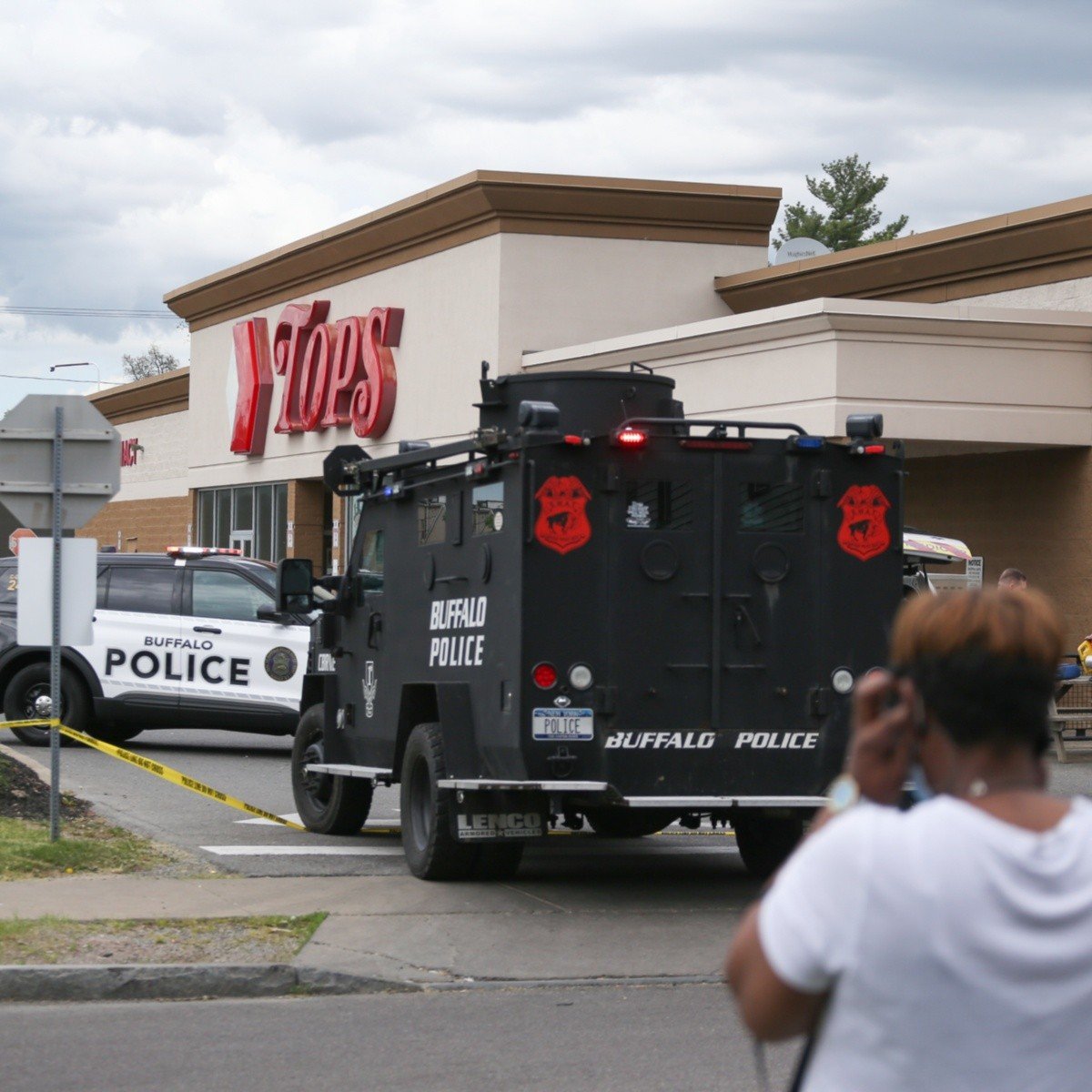 USA.- Buffalo supermarket shooting New York, left at least 8 deadduring the afternoon of Saturday, May 14, 2022, and the alleged criminal has apparently already been arrested.

Two police officers told The Associated Press that the Buffalo supermarket shootingleft at least 8 dead, without specifying the confirmation of the deceased or if there were injured people.

The two officers are not allowed to speak publicly about the incident and therefore requested anonymity.

At the moment it is unknown how many other people were shot in the Shop Tops Friendly Market and the identity of the suspect has not been released.

The supermarket is in a predominantly black neighborhood about three miles north of downtown buffalo. The surrounding area is mostly residential, with a Family Dollar chain store and a fire station near the store.

Police closed off the block, which was surrounded by onlookers, and police cordoned off the entire parking lot with yellow tape. The mayor of buffaloByron Brown, went to the scene and was scheduled to speak to the media later.

The Governor of New YorkKathy Hochul tweeted that she was “closely monitoring the shooting at a grocery store in Buffalo,” her hometown. She pointed out that the state authorities have offered her help to the municipal ones.

The Erie County Police Department He indicated via social media that he had ordered all of his available personnel to provide assistance to Buffalo police.

The shooting comes just over a year after a March 2021 attack at a King Soopers supermarket in Boulder, Colorado, that claimed the lives of 10 people. Detectives have not released information on why they believe the man accused of that attack chose the supermarket.