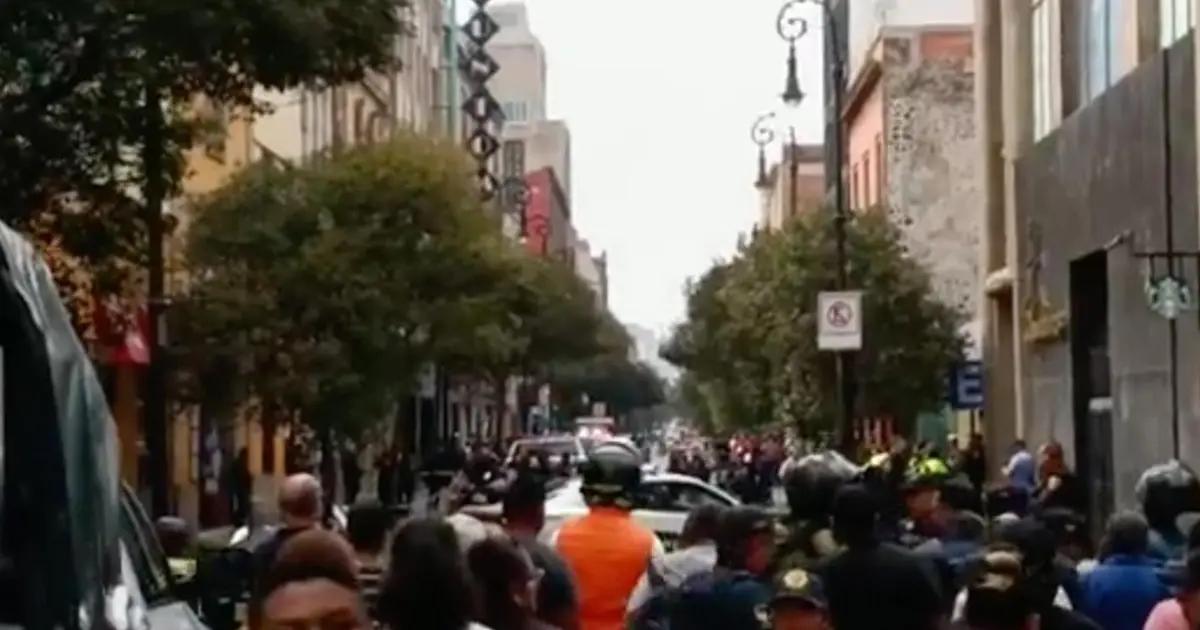 In American Post News, we have informed you about the events that have occurred in Mexico City and recently reported this Friday, November 4, that a shooting occurred six blocks from the Zocalo and the National Palace, which mobilized the police of the capital city.

They report that three people were injured. According to the first versions, the events occurred at República de Uruguay and Isabel la Católica streets; some subjects opened fire on the victims.

After the incident, authorities cordoned off the area for the arrival of ambulances. Infobae media indicated that, preliminarily, what triggered it was an attempted assault on a man who had withdrawn a large amount of money from the bank.

The media also reported that two private bodyguards were with the man who made the withdrawal from a bank, as well as one of the assailants. Elements of the Mexican Secretaría de Seguridad Ciudadana (SSC) arrived at the scene of the incident.

The injured were taken to different hospitals. On the other hand, a video was shared through social networks after the shooting that occurred in the Historic Center of Mexico City.

Shooting in a shopping center in Zacatecas

On November 2, a shooting was reported in the parking lot of a shopping mall in Zacatecas, which alerted the people who were in the place. The events occurred last Tuesday afternoon.