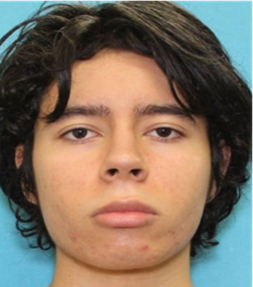 The day began like any other in Uvalde, with the daily hustle and bustle of a humble, majority-Latino town near the US-Mexico border.

Until Tuesday at noon, this town, more than 130 kilometers from San Antonio, in Texas, was barely known.

It made headlines at times for the migrant caravans crossing from the south, but in general, it was considered a quiet and close-knit community.

It is now the scene of the worst school shooting in the United States in nearly a decade.

At least 21 people were killed — 19 of them children and two teachers — when an 18-year-old boy stormed into Robb Elementary with a handgun and AK-15 rifle, barricaded himself in a classroom and began shooting.

One day after the event, new details begin to appear about how the day that changed the life of this border town took place.

It was a day that began with a sunny morning and ended with a stormy night.

Around 08:00 local time, near the center of the city of Uvalde, some 600 students between the ages of seven and 10 were arriving at Robb Elementary School.

School buses approached the door, while other students said goodbye to their parents in their cars, some without knowing that they would never see each other again.

Summer vacation was fast approaching: there were barely two days of school left and many students were already receiving their diplomas and end-of-year awards.

Sometime that morning, shots rang out on the other side of town.

Salvador Ramos, a teenager described as “lonely”, with a “tense home life”, thin, with a speech impediment (which, according to some of his classmates, led him to be teased at school), shot his 66-year-old grandmother for criminal reasons. that are not yet clear.

The authorities said that he shot the old woman in the face, who managed to call the police.

According to what the governor of Texas, Greg Abbot, told this Thursday, Ramos had written his intentions on Facebook shortly before.

In a post on Twitter, an official from Meta, the company behind Facebook, indicated that Ramos’s messages had not been public, but had been sent by private message to another person half an hour before the attack.

Wearing a bulletproof vest, similar to the one used by US special troops, he got into an old dark-colored truck and headed to the Robb school without anyone knowing why.

He drove erratically around town until he crashed his car into a ditch near the elementary school.

Some passers-by came up to offer help.

“People thought he was in trouble, so they ran to help him and he got out of his car and started shooting at them,” a witness told Telemundo.

Governor Abbot said that after leaving his car on the side of the road, he broke into the school.

It is not clear how he managed to sneak in.

At a news conference Wednesday, Steve McCraw, director of the Texas Department of Public Safety, said officers guarding the school tried to “confront” the attacker, but there are questions about their resistance.

It was 11:32 local time when Ramos sneaked into the school and began his killing spree, which lasted about 45 minutes.

“He shot and killed in a horrible, incomprehensible manner,” Abbott recounted.

A video shared on social media shows a person dressed in black running towards a side gate of the school with what appears to be a rifle.

The authorities said this Thursday that last week, shortly after his 18th birthday, Ramos had bought two semi-automatic rifles, as well as hundreds of ammunition.

The young man is believed to have posted a photo of the rifles on an Instagram account that authorities believe was his and which was suspended after the massacre.

Texas Department of Public Safety spokesman Chris Olivarez told CNN the shooter forced his way into a fourth-grade classroom, where he opened fire.

“He barricaded himself in a classroom and started shooting at the children and teachers who were inside,” he said.

All of the shooting victims were found in that classroom.

Witnesses told US television stations they saw children climbing through windows or seeking shelter at a nearby funeral home when the shooting began.

Others, led by two teachers, escaped from the building and hid behind some trees at the back of the school.

Elisha Mata, whose nephew was at the center, told the New York Times that school staff turned off the lights and told everyone to shut up.

Marcela Cabralez, a pastor at a local church, told the Washington Post that her nine-year-old granddaughter was having lunch with other students when she heard a loud noise coming from outside, including gunshots and breaking glass.

The teachers led the children behind a curtain, where they all hid, desperately trying to avoid attracting the shooter’s attention.

Cabralez’s granddaughter hid in a bathroom.

Adolfo Hernández told the New York Times that his nephew had been in a classroom near where the shooting occurred.

“In fact, he witnessed his little friend get shot in the face,” he said.

The friend, he said, “got shot in the nose and just went down. My nephew was devastated.”

Border Patrol agents, the main security force in Uvalde due to its proximity to the border, were the first to arrive on the scene.

Ramos, barricaded in the classroom, also began shooting at the guards.

“Upon entering the building, officers were shot at by the subject, who was barricaded in,” he added.

Espinosa recounted that the agents put themselves “between the shooter and the children at the scene to divert the shooter’s attention from possible victims and save lives.”

Travis Considine, spokesman for the Texas Department of Public Safety, reported that two police officers were injured, one of them in the head, although not life-threatening.

The AP agency reported that the massacre was contained when a Border Patrol agent “ran into the school without waiting for backup and shot and killed the gunman.”

US media reported that Ramos was shot in the head.

Seven 30-round ammunition clips were later found at the school.

The children were rushed to a local community center more than a kilometer away.

“We saw a girl covered in blood and the parents were screaming, it was an ugly scene,” Derek Sotelo, a resident who runs a local auto repair shop, told the Washington Post.

The shooting was followed by frantic scenes as parents came to the school seeking news of their children.

Journalists at the scene described moments of panic when some received the news that their children were dead.

Ángel Garza was one of them.

Shortly after the shooting, he wrote on Facebook that he was desperate for news of his 10-year-old daughter, Amerie.

In a later post, he reported what had happened.

“My little love is now flying high with the angels. Please don’t take a second for granted. Hug your family. Tell them you love them,” she wrote.

Other parents have been left in the dark for hours. They were asked to provide DNA samples to help identify some of the victims.

Jesse Rodriguez told the San Antonio Express that he was still awaiting information on his daughter after hearing that she may have been taken to the hospital.

“I was waiting for more information. Nobody called me back,” she said.

Later, as night fell in Uvalde, police stood guard in the pouring rain outside a community center where families had gathered to hear from their loved ones.

Just a few blocks away, a small vigil was taking place, according to BBC journalists.

Karla Bowman’s voice cracked as she told the group about a family friend whose young daughter, a student at the school, was among the missing.

“They don’t know if she’s in surgery or she’s one of the dead, but they know she’s a victim of some kind because she’s missing,” a tearful Bowman said. “I can not believe it”.

Cheryl Juhasz, a lifelong resident of Uvalde, wept silently during the prayer, according to BBC journalist Matt Murphy.

“You cannot understand evil like this. It doesn’t matter where it happens, but it’s harder when it happens in the place you call home,” she told him.

11:32 – The shooting begins shortly after the gunman crashed his car in front of the school and ran into the building.

11:43 – The school announces that it is closed “due to shots fired in the area.”

12:17 – The school announces that there is an active shooter on the scene.

12:23 – The shooting is still active. Parents are told to pick up children at a nearby civic center.