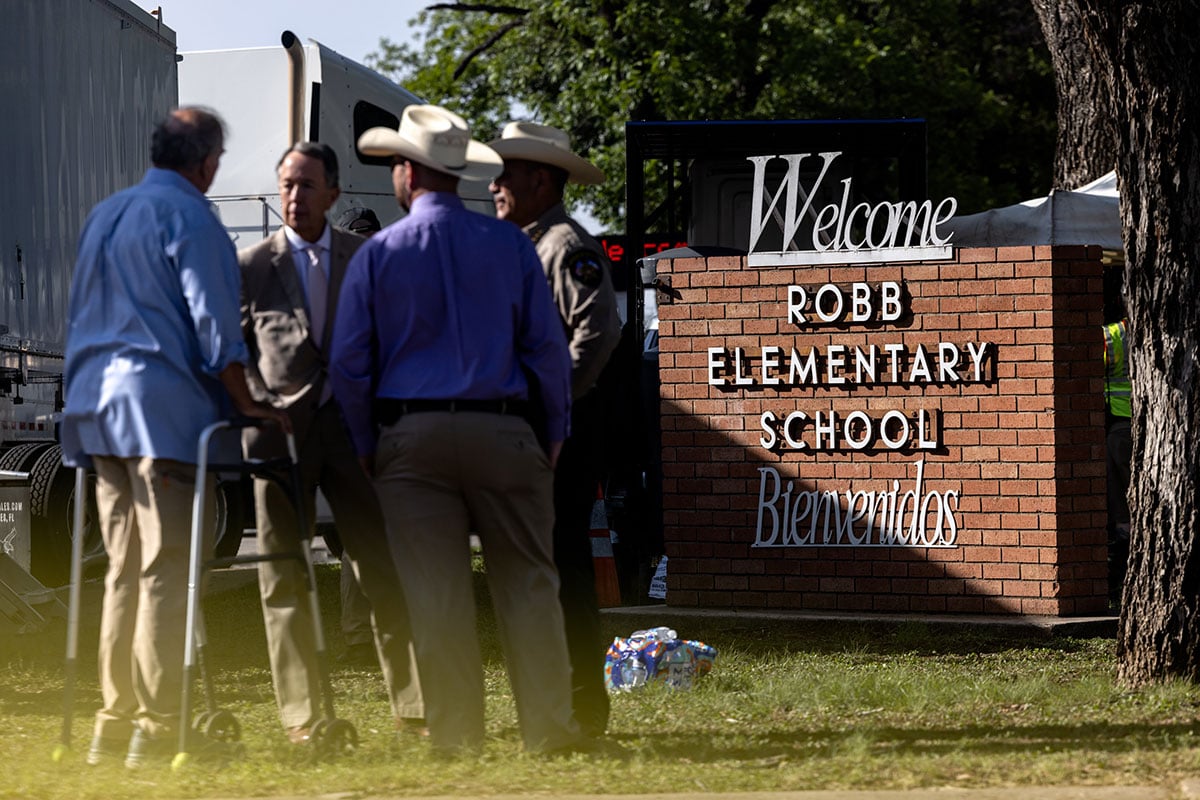 At least 19 children and two teachers died this Tuesday at a school in the town of Uvalde, in the state of Texas, after an 18-year-old boy entered armed and began shooting.

The individual was identified as Salvador Ramos, a US citizen and resident of this town of 15,000 inhabitants located about 135 kilometers from San Antonio.

Texas Governor Greg Abbot stated that Ramos apparently died after confronting police at school. Two of the officers were hit by bullets, but Abbot said they are in stable condition.

The victims were 2nd, 3rd and 4th grade students aged between 7 and 10 years. Two teachers also died in the shooting at this school of about 500 students, most of whom are of Latin American origin.

The motive for the crime is not yet clear, but the police report that everything seems to indicate that Ramos acteither only.

The young man was driving a pickup truck that crashed into a ditch a few yards from Robb Elementary School, where he entered and began shooting in a classroom.

A US Border Patrol agent who was nearby when the shooting began entered the school and shot and killed the gunman.who was behind a barricade, the Associated Press news agency reported.

Two rifles for his 18th birthday

The assailant, dressed in a bulletproof vest, got out of the crashed vehicle carrying a rifle that he then fired open fire at the building, Sergeant Erick Estrada of the Texas Department of Public Safety told CNN.

Investigators say the subject was armed with a handgun, an AR-15 semi-automatic rifle and high-capacity magazines.

The attacker had recently turned 18 and he had no criminal recordauthorities confirmed.

Ramos bought two AR rifles and 375 rounds of ammunition just days after his 18th birthday, according to a state police report sent to Senator Whitmire.

One of the rifles was found at the crime scene, along with seven 30-round magazines, and the other was found in his wrecked car outside the school, according to reports.

A shy young man who was bullied

US media have been revealing details about the life and personality of the attacker, defined by some of his colleagues as a lonely young man who was bullied.

A student who had been friends with Ramos in eighth grade told the Washington Post that he was a shy teenager who was constantly bullied by his classmates because he stuttered and lisped, among other reasons.

He reported that the young man, with whom he used to play video games like Fortnite and Call of Duty, showed strange changes in his personality and began engaging in unusual behavior, such as cutting his face.

He also assured that the one who was his friend began to dress completely in black and with military boots and to be absent from school for long periods, so it did not seem that he was going to graduate.

For his part, a 41-year-old neighbor of Ramos told CBS, BBC’s American partner, that Ramos “had a difficult life” and that his mother was addicted to drugs and “never showed love” for him.

He also noticed that from the age of 14 or 15 his behavior had changed, it was hard to have a conversation with him and seemed to have become “an outcast at school”

According to testimonies, the young man had contact on social networks with people he had met online.

He tagged a young woman he didn’t know personally in an Instagram post with a photograph of the two rifles before carrying out the attack.

Before leaving home, the subject also shot his grandmother in the face, who was taken to the hospital in critical condition.

Abbot indicated that Ramos was a resident of Uvalde and was studying at a nearby high school.

the attacker had as his official address the home of his grandmotheraccording to documents received by the Federal Bureau of Alcohol, Tobacco, Firearms and Explosives.

According to Governor Abbott, Ramos made three posts on his Facebook profile prior to the shooting.

In the first, about 30 minutes earlier, he wrote: “I’m going to shoot my grandmother”.

In the second publication he confirmed that he had done so.

In the third post, about 15 minutes before his attack on the school began, he announced that he was going to shoot up an elementary school.