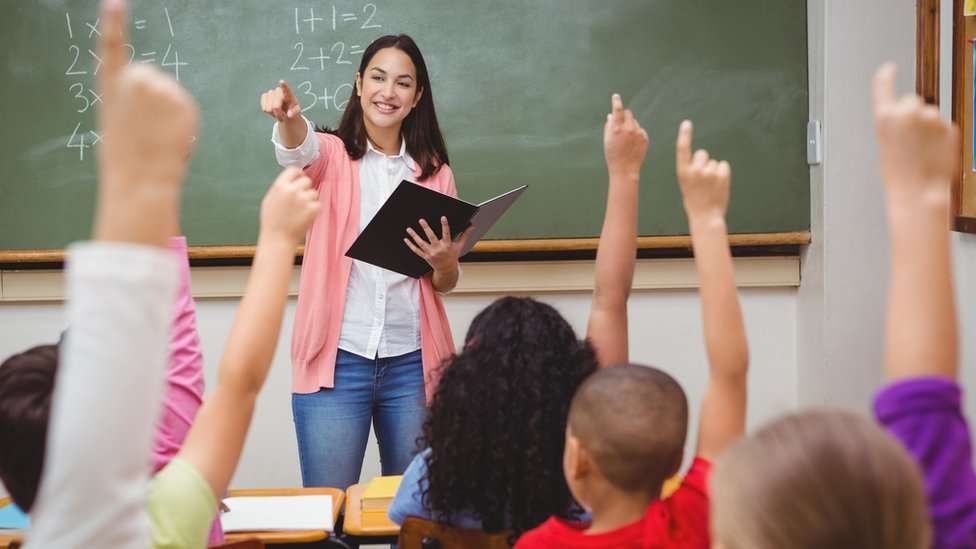 The severe shortage of credentialed teachers, especially in Asian languages ​​in California, significantly limits educational options for students who speak those languages, although the problem is widespread even in Spanish for bilingual instruction.

For this reason, leaders and legislators have asked the state to finance $5 million in the California budget to address the shortage.

Nikki Dominguez, director of policy for the organization Asian Americans Advancing Justice of Los Angeles, He said the shortage of credentialed dual immersion language teachers in California is a problem for all education systems, but especially for the Asian American community that continues to face barriers to language access.

According to the California Department of Education, more than 1,000 bilingual credentials were issued in 2019 and 2020, but of those, fewer than 100 were for Asian languages.

“It is unacceptable when Vietnamese and Mandarin are the second and third most spoken languages ​​in public schools from K-12. And only 4 were accredited for Vietnamese and 58 for Mandarin.”

As a result, he noted that we should invest in the California State University Asian Bilingual Teacher Education Program consortium.

“The consortium is an alliance between 10 California State University campuses that have come together to increase the number of credentialed bilingual teachers in 6 Asian languages ​​including Mandarin, Cantonese, Japanese, Hmong, Korean, and Vietnamese.”

However, he mentioned that they do not have the resources to recruit, train and graduate teachers.

“That’s why the Advancing Justice California is publicizing this issue to ask the state to allocate $5 million one-time over 4 years to train and credential the teachers schools need”.

Senator Richard Pan, chairman of the California Legislature’s Asian American and Pacific Islander Caucus, as well as a pediatrician and educator, said we need to meet the need for bilingual English-Asian language immersion teachers.

“Unfortunately last year, we didn’t have a lot of money to provide language access. Therefore, this year, we want to do it. Research shows that children who participate in dual language immersion programs develop a greater understanding and empathy for others with different backgrounds and cultures.”.

She added that children who grow up speaking their native language at home can face social and academic challenges.

“Asian language teachers provide students with a sense of belonging that helps them build confidence; and to be better prepared for academic success through their training in schools”.

But unfortunately, he acknowledged that there are not enough credentialed teachers of Asian languages; And that’s why he said we should invest in California State University, which trains teachers.

“The investment of $5 million is a good start and we want to follow up so that it continues in the future”.

Senator Pan recounted his own experience as a child going to school on the East Coast where they didn’t have a dual immersion program and he only spoke Mandarin as his parents were immigrants so they put him in the program given to children with special needs.

“We need to make sure that every child, no matter what language they speak at home, has the opportunity to get an outstanding education that not only benefits the child, but the state.”

Professor Fernando Rodríguez-Valls, coordinator of CSU Fullerton’s bilingual education authorization program, said one of the barriers for teacher candidates to obtain their bilingual authorization is funding.

He pointed out that in California, about 60% of students speak a language other than English, and many of them would like to be in dual immersion programs.

“The main question I get from school superintendents and principals is do we have teachers? The answer is that we have some, but we need more. That is why we require additional funding so that we can offer some scholarships to students.”

He added that the community wants immersion programs, and to achieve that we need teachers who are qualified.

“Candidates need to go through the teacher credentialing program; and after that go to a specialization program where they are asked for bilingual authorization, which is different from the standards that are required of any teacher”.

How much of a problem is it for Spanish teachers and students who only speak Spanish?

“It’s the same thing because since Proposition 227 was passed in 1998, bilingual programs have been eliminated. We now have an English-only education system. The need for Spanish is the same. The same as other languages ​​that we need to support.”

He added that the only difference is that there are more candidates for Spanish than for Asian languages. “But it is a problem that is also growing.”

Santa Ana Sen. Tom Umberg said he wants to make sure young people are functional in at least two languages, as they will be very productive when they enter the workforce, and the economy will benefit.

“It makes me a little sad, because I barely speak a single language, but I have seen the benefits of bilingual education. One of my sons was enrolled in an experimental Korean-English program, but due to lack of funds, the program was discontinued.”

What is the most effective way to address this acute shortage?

“We must look at those who have experience in bilingual education and provide resources to Cal State Fullerton to educate bilingual teachers; and also send the message to young people of how important it is to become teachers to recruit them and have the resources”.