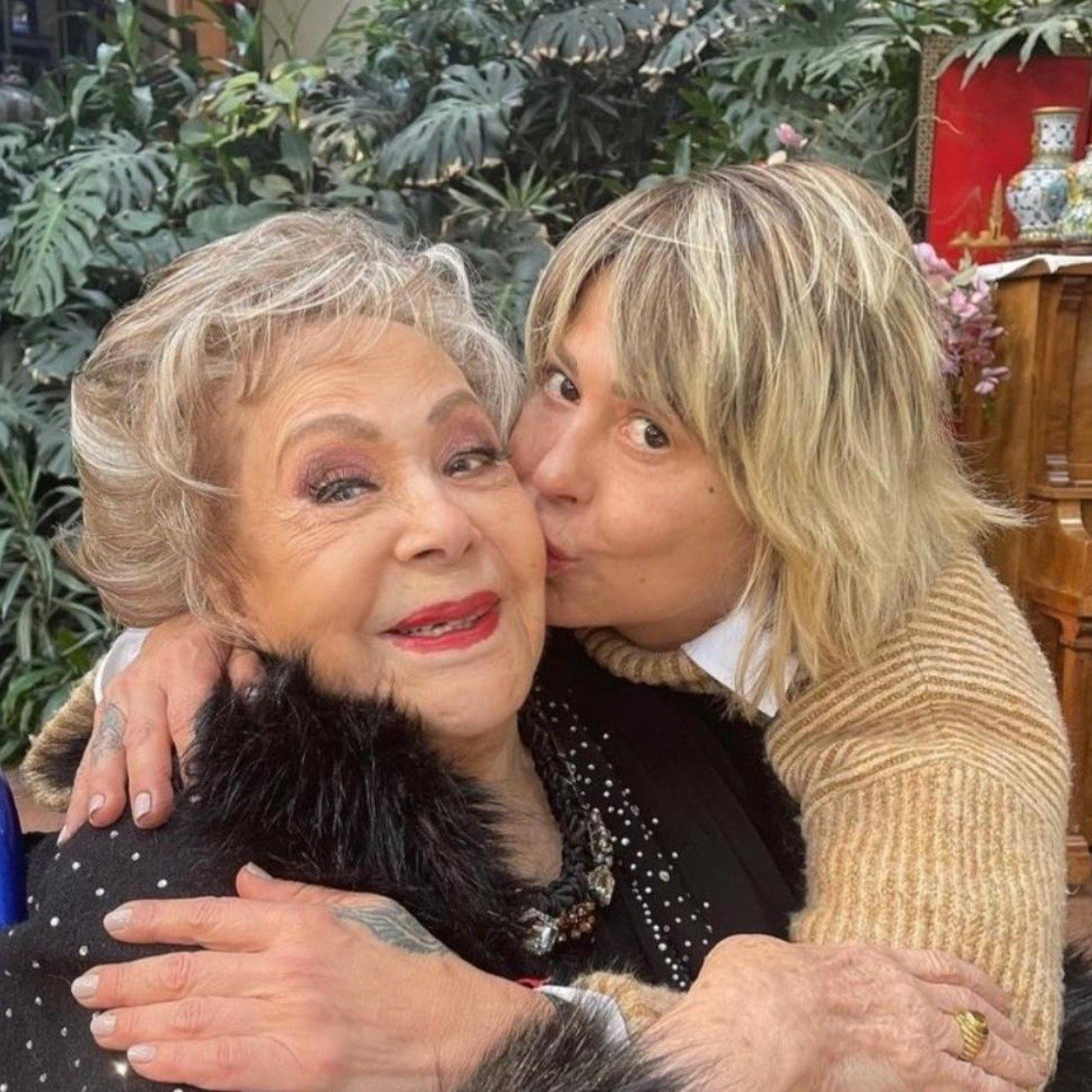 Silvia Pinal 92 years old, of her own free will and fed up with everything that is said about her before her great return to the stage, decided to use the power of social networks to send a message to all her detractors, making it clear that she will continue working Although it bothers many.

And it is that both fans, and colleagues from the show, have said that Silvia Pinal should get away from the world of entertainment, because it is no longer healthy for her, that is why said gossip has already reached her, so she sent a message by Through a video where she leaves, she confirms that working is healthy for her and not a punishment as has been thought for weeks.

“To all those who want me not to be in the theater,” says Silvia Pinal to end with a grimace where Sylvia Pasquel’s laugh can be heard in the background, where she laughs at the action of her mother, who canceled a few days ago her participation in the play Little Red Riding Hood ¡Que Onda Con Tu Abuelita!, because her pressure was lowered so she had to go home generating a great scandal.

For those who do not know, the children of Silvia Pinal respect and believe that their mother should continue working, because that makes her happy, which is why the fans of the Golden Age actress have been upset, while others agree. agree that she should do as she pleases if she really feels well, as they don’t like to see her sad.

“It’s not that you don’t want to, but the lady has already worked her whole life and deserves to be at home resting relaxed and calm like the queen she is!!”, “Keep going, keep denigrating our last diva, if you had the chance to see the interview that Mara Patricia Castañeda did on her YouTube program”, “Oh poor woman, one thing is old age with dignity and another to show the lady how bad she is”, write the social networks when seeing the video .