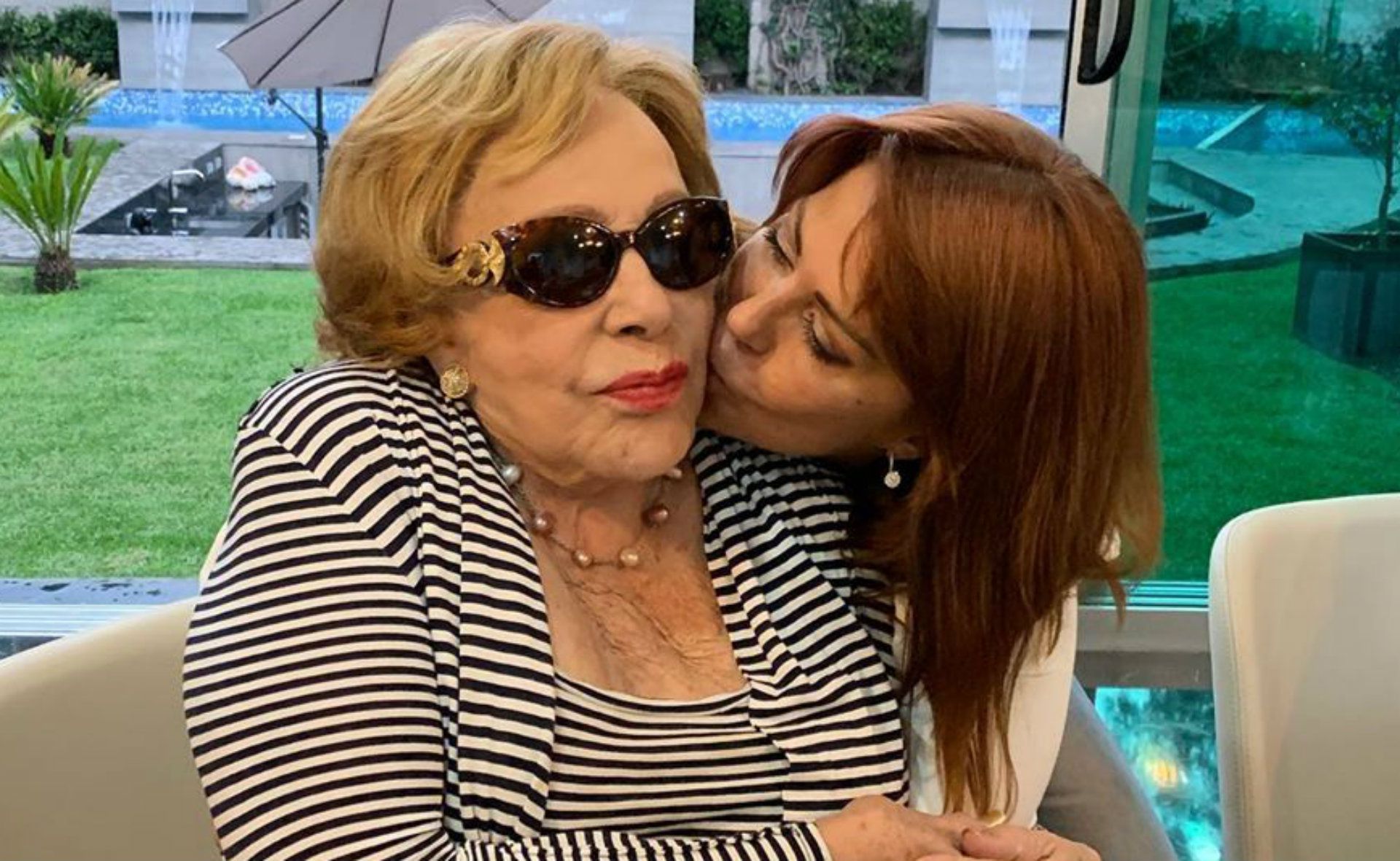 After seven days in a hospital in Mexico City, Silvia Pinal She was transferred to her home where she will continue with the pertinent care. About, Alejandra Guzmán, Luis Enrique Guzmán Y Sylvia Pasquel released some details about the current state of health of his mother and revealed what is the process that will follow in the coming days.

It was around 2:00 p.m. on Wednesday, December 29, when the leading actress of Mexican cinema arrived at her home aboard an ambulance. Silvia Pinal was received by Luis Enrique Guzmán, who could not contain the happiness he felt from the moment he saw his mother when the vehicle doors were opened.

Minutes later, Silvia Pinal’s son held a meeting with the media where he explained that the decision to transfer the 90-year-old actress to her home was not made by family members, but was a medical recommendation, as the doctors considered that it would be wise to take care of Silvia Pinal from a much more controlled place.

“Due to her lung condition, it is better that she is at home and that she is not prone to a much stronger bacteria than those that fly in the hospital”Declared Luis Enrique in front of the cameras of Noticieros Televisa.

Alejandra Guzmán also visited her mother in the luxurious Pedregal mansion and stopped for a moment to talk with the media that were waiting outside the gate. The 53-year-old interpreter commented that Silvia Pinal will continue to receive pulmonary therapy because she still has a considerable amount of mucosa in her lungs.

” We are happy and grateful to the doctors, We have pulmonary therapy for the same reason that they have a lot of phlegm and mucus; and due to pneumonia, all of these are sequelae and also urinary tract infection”, he said in statements recovered by the magazine TV Notes.

The “Queen of Hearts” mentioned that she is very happy for her mother’s speedy recovery, a fact that she attributed to the medical care and the great health she has always had.

” I am grateful to God, because we care so much for her, but she never smoked, she’s a very healthy person” he mentioned.

Alejandra Guzmán pointed out that whoever was the presenter of Woman, real life cases, He will continue under medical supervision within the next 10 days, this in order to keep everything under control. In addition, he pointed out that the drug responsible for his pressure soaring about a week ago, a situation for which they went to the doctor at first, has already been suspended.

“We do not take her for COVID, we take her for everything that happened with her pressure; but it was thanks to some medications that they will no longer give him. Right now he has a different scheme with other drugs. If it has oxygen, of course it does, but a very slight range, “he added.

The interpreter of I was waiting for you He explained that for a time the members of the Pinal family will not be able to have physical coexistence with the matriarch. However, a resource that they could put into practice during the New Year’s celebration it could be communicating with his mother from the other side of the window of the room where he is already installed.

Sylvia Pasquel also confirmed her mother’s health status and shared that a visiting schedule was agreed where family members can enter the house, but only one at a time. He also explained that his mother will only have contact with a nurse.

“A nurse, they can’t be in and out [..] The doctor forbade me to visit my mother because she still tests positive for COVID and does not want me to get it”, He expressed in a telephone interview with Today.

This is how Silvia Pinal’s family celebrated the Christmas holidays

Eiza González in a bikini: all the times she took our breath away during 2021