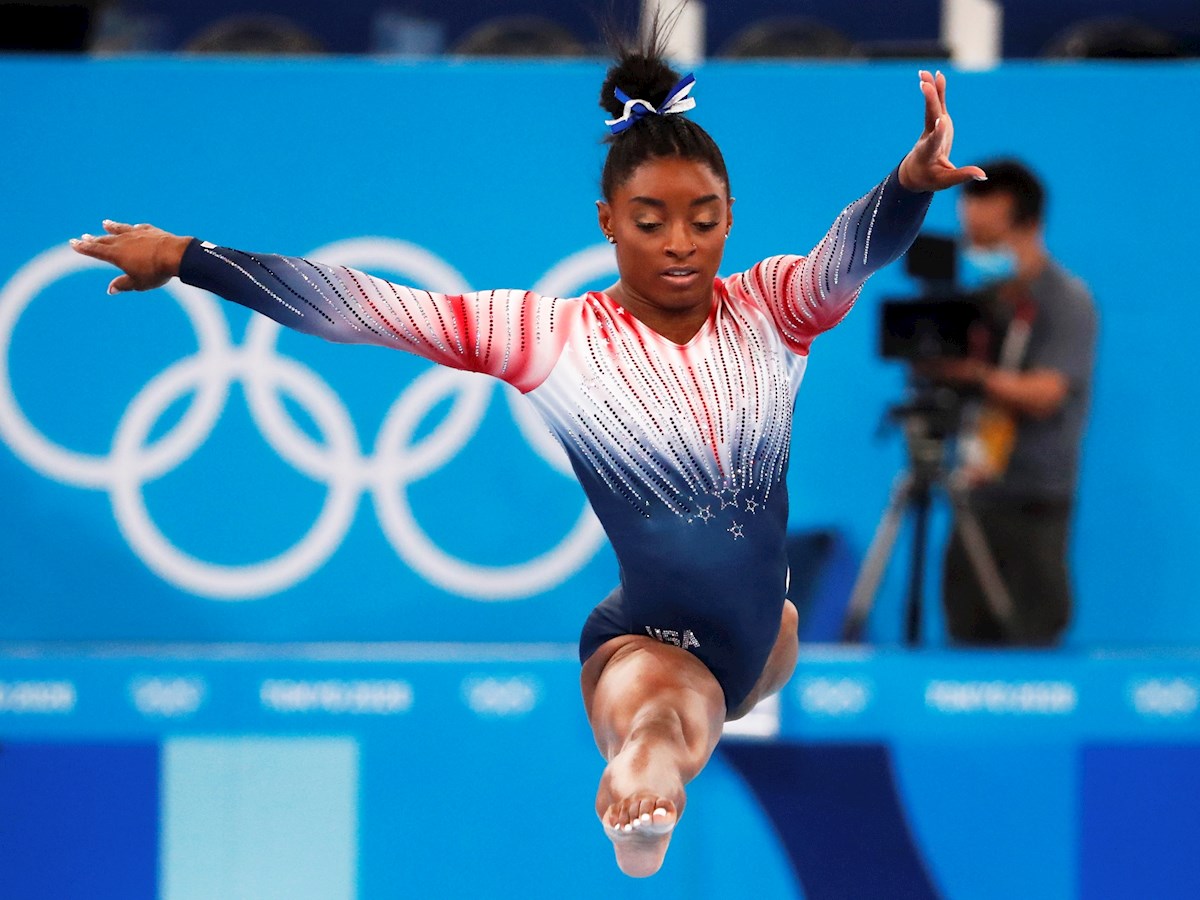 Neither the irruption of Rebeca Andrade in the world elite, nor the fall of Kohei Uchimura, nor the dominance of the Russian teams. Everything that happened under the imposing larch wood roof of the Ariake Gym during the Tokyo Games was overshadowed by the punch he delivered. Simone biles, in full competition, on the board of world sport.

The most anticipated star of the Games, called at least to revalidate the five medals he had won in Rio, withdrew as soon as his first final, the team final, began to cry out for help.

“I did not want to continue. I have to focus on my mental health. We have to protect our mind and body and not just do what the world wants us to do. I no longer trust myself so much ”, she assured after leaving the room.

Any pirouette except that was expected of her.

Simone Biles was awarded a bronze medal after doing THIS after retiring to take care of her mental health. It is the clear example of surpassing itself. Deserved 🥉 # Tokyo2020 #SimoneBiles pic.twitter.com/M1kCCC6W2d

Message to the world by Biles

The American gymnast referred to an episode of ‘twisties’, that short circuit that makes the mind forget the exercises that the body has mechanized. That was what happened to him in his jumping exercise, in which he did one less turn than he thought.

“I didn’t want to go out and do something stupid and get hurt. I think the fact that many athletes speak has been very helpful. This is so big, it’s the Olympics. After all, we don’t want to be taken out of there on a stretcher, ”said the Texan.

The Biles crisis was not one that lasts a day. Permanently evaluated by the doctors of her team, she withdrew from one final after others except for the bar, on the last day of competition.

She and gymnastics sighed in relief with a bronze medal that allow her to dream of her recovery. She then competed with her usual excellence and only the exercises bordering on the perfection of the Chinese Guan Chenchen and Tang Xijing moved her to third place on the podium.

What happened with Biles once again brought to the table the mental problems that threaten elite athletes, who endure enormous demands at a very young age. In the case of the gymnast, this chapter adds to a biography full of painful events, from the maternal abandonment to the sexual abuse to which the doctor Larry Nassar subjected her.

The mental health issue was fresh on sports forums thanks to another Games participant, Japanese tennis player Naomi Osaka, who also confessed to problems before disappearing from the circuit for nearly two months. Biles raised his hand in the middle of an Olympic competition and the repercussion was fabulous.

But while the spotlights turned only to her, 195 other gymnasts tried to focus on their own challenges and fight for the Olympic medals. A competition with very interesting details received less attention than it deserved and was in the shadow of the Biles case.

Russia won both team competitions, a double that it had never achieved since the breakup of the Soviet Union. The victory of the Unified Team in men and women in Barcelona’92 was the most similar precedent.

However, the Russians did not achieve any individual gold.

The absolute titles were scored by two gymnasts called to inherit the hegemony of Simone Biles and Kohei Uchimura, their companions Sunisa Lee and Daiki Hashimoto. The Japanese is the youngest ever winner in the full contest, at just 19 years old.

But in the corridors of the Ariake gym the name on everyone’s lips was Rebeca Andrade. No woman from her country, no woman from Latin America had ever won an Olympic medal in gymnastics. The Brazilian left Tokyo with two medals: a gold in jumping and, even more valuable despite being of inferior metal, a silver in the complete competition that confirms Andrade as a total gymnast.

One of the most shocking moments of the nine days of competition was the fall of Kohei Uchimura from the bar. The seven-time Olympic medalist (champion in 2012 and 2016) and six-time world champion, who at age 32 felt older to prepare all six apparatus again, focused on winning the barbell contest but did not even make it to the final. A fall in the qualifying round, in a trip on the device without excessive risk, cut off his aspirations. “Today I felt that I am no longer necessary,” he said.

Spain returned to the medal table with Ray Zapata’s silver on the ground. After his disappointing time at the Rio Games, in which he was left out of the final, he was the best at 12 × 12 meters. However, tied on points with the Israeli Artem Dolgopyat, it was he who climbed to the first step of the podium due to the greater degree of difficulty of his exercise; although it came out of the tapestry, a mistake that Zapata did not commit.

The first Olympic medal of the Italian Vanessa Ferrari, a silver on the ground, 15 years after proclaiming herself world champion; Belgian Nina Derwael’s asymmetric mastery, which added Olympic gold to her two world titles; and the dominance of the bar by the Japanese Hashimoto were other outstanding results.

And, for the story, the exciting farewell to Uzbek Oksana Chusovitina in her eighth Games. After being eliminated in the qualifying round of jumping, the gymnast who began her Olympic career in Barcelona’92 was cheered by Thursday and rivals, standing up to honor a unique athlete.