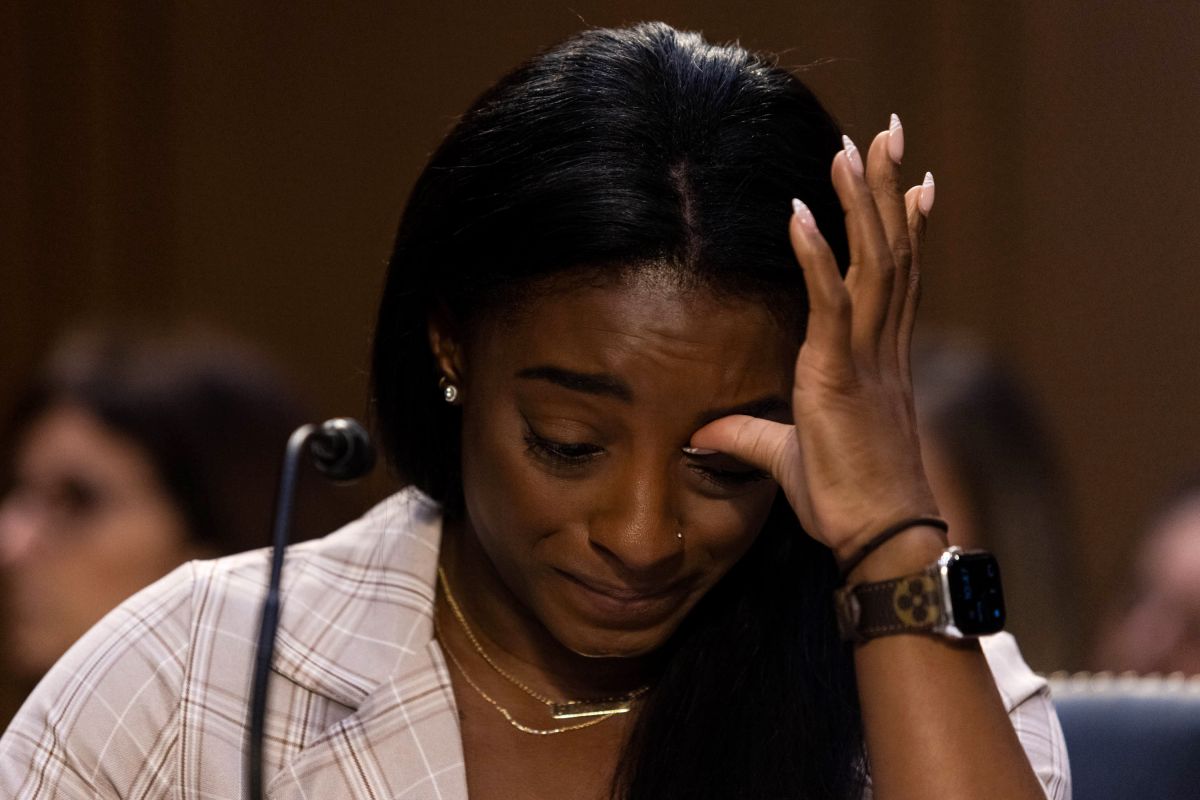 The gymnast Simone Biles blamed this Wednesday on gymnastics federation (USA Gymnastics) already a “whole system” of having allowed Larry Nassar, the national team doctor for 20 years, sexually abuse her and hundreds of athletes.

“I blame it on Larry Nassar and I also blame the entire system that allowed and perpetrated that abuse. USA Gymnastics and the United States Olympic and Paralympic Committee knew that was being abused by the official team doctor“, Biles affirmed before the Senate Judiciary Committee.

The Olympic Champion also accused the FBI having turned his back on the gymnasts, having responded inadequately and slowly to the first accusations of sexual abuse against Nassar, which allowed the ex-doctor to continue perpetuating his abuses for months.

Biles said that “A whole system allowed and perpetrated” those abuses against her and hundreds of young people, who because of their age did not even know that Nassar was abusing them.

“I do not want any other young Olympian or individual to suffer the horror that I and hundreds others have endured. and they continue to endure to this day, ”said Biles, her voice cracking with emotion to the point that she burst into tears, before dozens of legislators who watched her in silence.

At the beginning of his testimony, Simone biles She said she couldn’t imagine a place that would make her feel more “uncomfortable” than precisely the Senate committee room. Next to her were three other Olympic gymnasts who suffered Nassar’s abuse: McKayla Maroney, Maggie Nichols and Aly Raisman.

The Senate Judiciary Committee wants to clarify why the FBI office in Indianapolis – where the Federation of Gymnastics is based – responded inappropriately to the allegations against Nassar.

An internal Justice Department report revealed in July serious mistakes within the FBI, which stalled the investigation for more than eight months. When that 119-page document was published, a group of senators announced a hearing to investigate the FBI’s response and correct institutional errors.

Nassar, who used his position as a doctor to abuse at least 330 young women, including minors and also Olympians, serving a sentence of between 40 and 175 years for these events, added to another 60 years for child pornography, a de facto life sentence.

The former national gymnastics team doctor received his convictions between December 2017 and February 2018, in trials that coincided with the outbreak of the #MeToo movement.

You may also like: Simone Biles’ fortune: how much money she has earned in her career as a gymnast