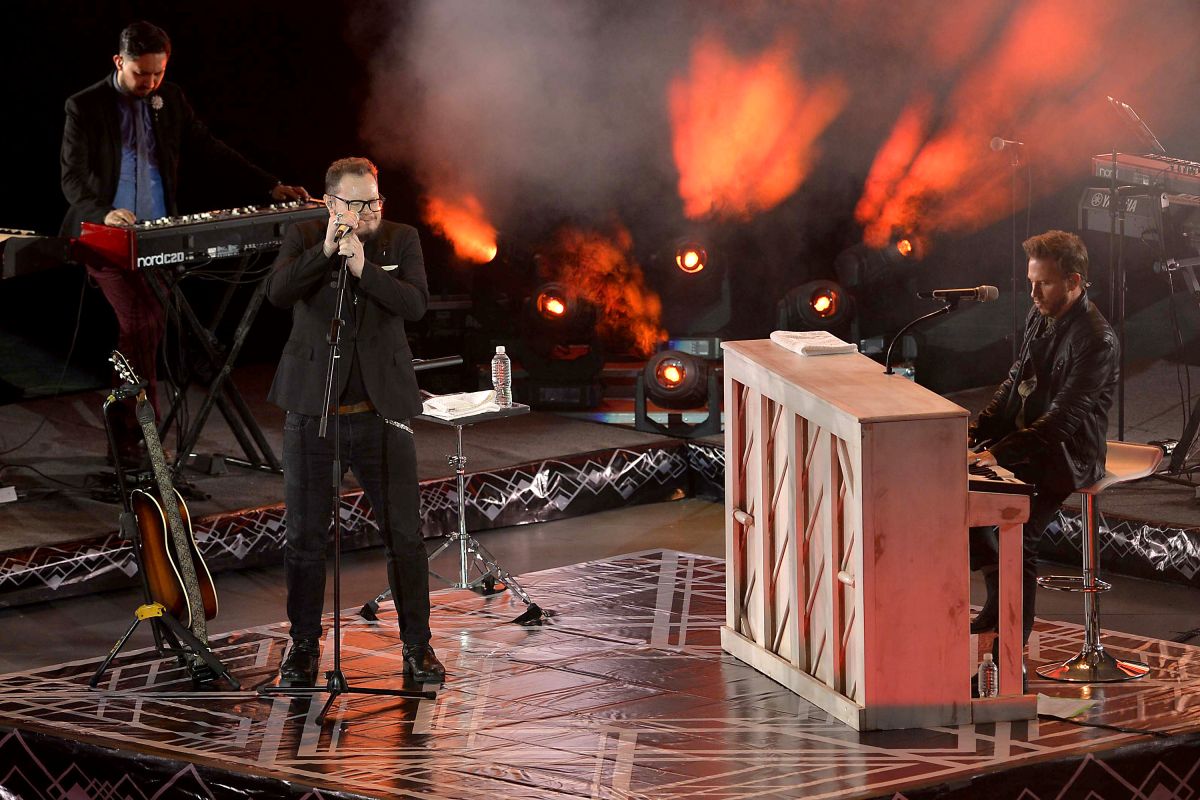 The members of the musical group Sin Bandera spoke out for the death of the Mexican Debanhi Escobar. The singer and composer Leonel García, together with his partner, the Argentine Noel Schajris, thanked the relatives of the deceased for having placed ‘May life reach me’ during her funeral.

The 18-year-old girl disappeared on April 9, after going out with some acquaintances to a party from which she never returned. From that moment, her relatives began the search process and it was not until the 21st of the same month when they found his body.

Besides, the lifeless body was lost in the Nueva Castilla motel, in Nuevo León. Later, on April 23, a mass was held in the Capillas del Carmen, located in downtown Monterrey, where her loved ones said goodbye. Then she Escobar she was transferred to the Galeana municipality to be buried.

“It is an honor that a human being in such a difficult and painful moment decide to express this emotion with a song of ours (…) it is unacceptable and incredible and we have to feel great indignation all the time,” García said.

The Mexican composer also expressed that it is about going beyond words and taking action in the face of this horrible event that has shocked the world.

“But that it is not only in words but that we begin to act, to say, to verbalize, those who are in charge of the laws to modify them, those who are in charge of the execution of the law apply them, that nothing else be left in an indignation of words but to take action and this has to do with many people and instances, as a society we have to feel that we are together, “said the singer-songwriter.

For his part, the Argentine said that he would like to have respect for women, especially when he has a daughter and that is what he wants most for his little girl as he watches her grow up. He added that considering that ladies are so fundamental in life, they considered at the time to create one of his greatest musical themes.

“I am the father of a daughter and I want her to live in a world where she is respected, where she is valued, because women are the magic of this world, that is how we feel.. That’s why we made a song called ‘Magic’ and it talks about women“, were the words of Noel Schajris.

It may interest you:
· Hackers take advantage of the death of Debanhi Escobar and spread viruses by text message to steal user data
· New evidence in the case of Debanhi Escobar raises doubts about his last steps; father clarifies finding of credential in apartment complex
Seized 5 vehicles that were in the motel where the body of Debanhi Escobar was found in Nuevo León, Mexico