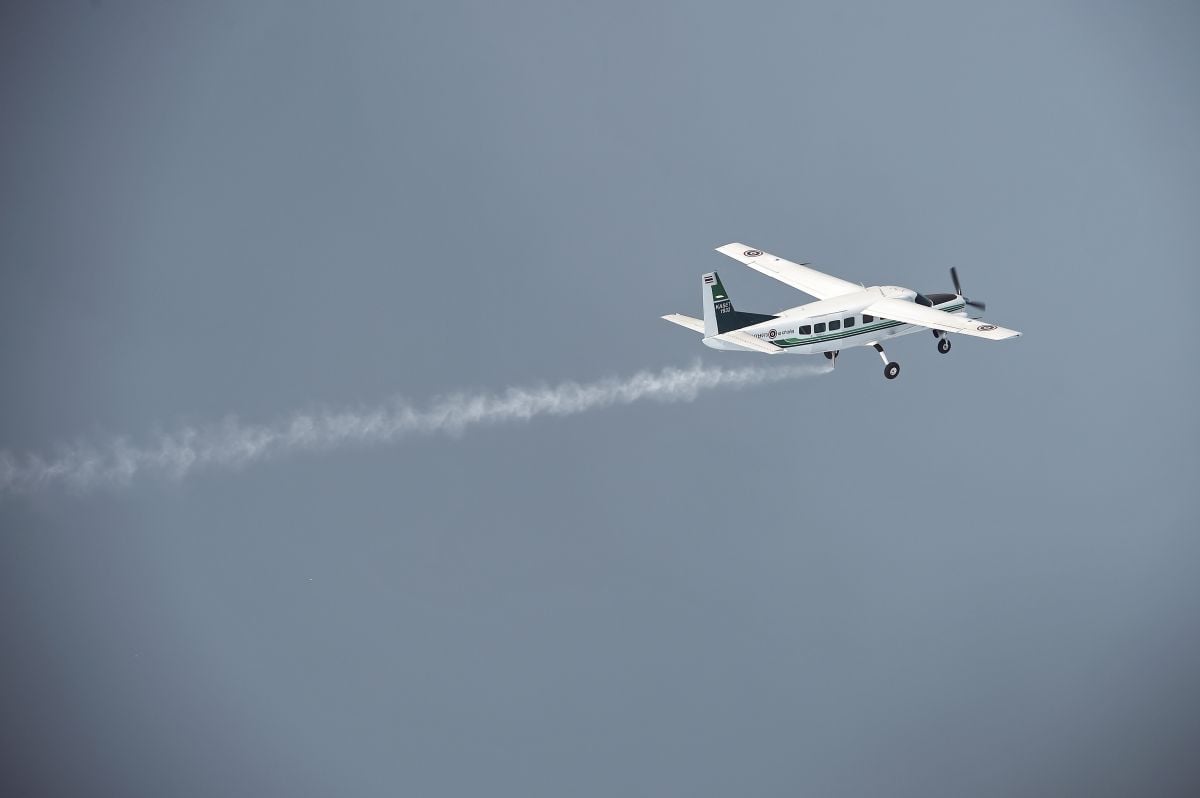 A single-engine plane crashed into a pickup truck on a freeway in the city of Corona, Californiacausing a fire that left no deaths, reported the authorities.

The California Highway Patrol (CHP) received reports of a plane crash that occurred after 12:30 p.m. Tuesday along the eastbound lanes on Lincoln Avenue, reported ABC7.

CHP officials said there were two people on the plane and three in the truck.. Authorities confirmed that all were uninjured.

The single-engine Piper Cherokee plane burst into flames after the crash, but the firefighters managed to neutralize the fire.

According to the pilot, the accident could have been caused by a possible engine failure during the plane’s final descent at the Corona Municipal Airport.

Authorities indicated that the accident could have been much worse if it had occurred during rush hour. The exact cause of the crash has not been determined.

“Absolutely very lucky today. Traffic was light and the pilot appears to have made some good landing navigations and avoided what could have been a very serious tragedy.”CHP Captain Levi Miller said.

The two right lanes of the eastbound 91 Freeway and the Lincoln on-ramp remained closed for much of the afternoon rush hour. Drivers in the area were also urged to find an alternate route while authorities cleared the scene.

“An unidentified small plane landed on eastbound Highway 91 near Interstate 15 in Corona, California, around 12:30 p.m. local time today.. Two people were on board. The FAA will investigate. The agency does not identify the people involved in plane crashes or incidents,” the Federal Aviation Administration (FAA) said in a statement.

You may also like:
• Video: Ukrainian plane carrying ammunition crashes in Greece; there are 8 dead
• Two dead after fatal accident of a homemade helicopter that crashed in a private field in Florida
• They find dead a 23-year-old co-pilot who left a plane before a forced landing in North Carolina