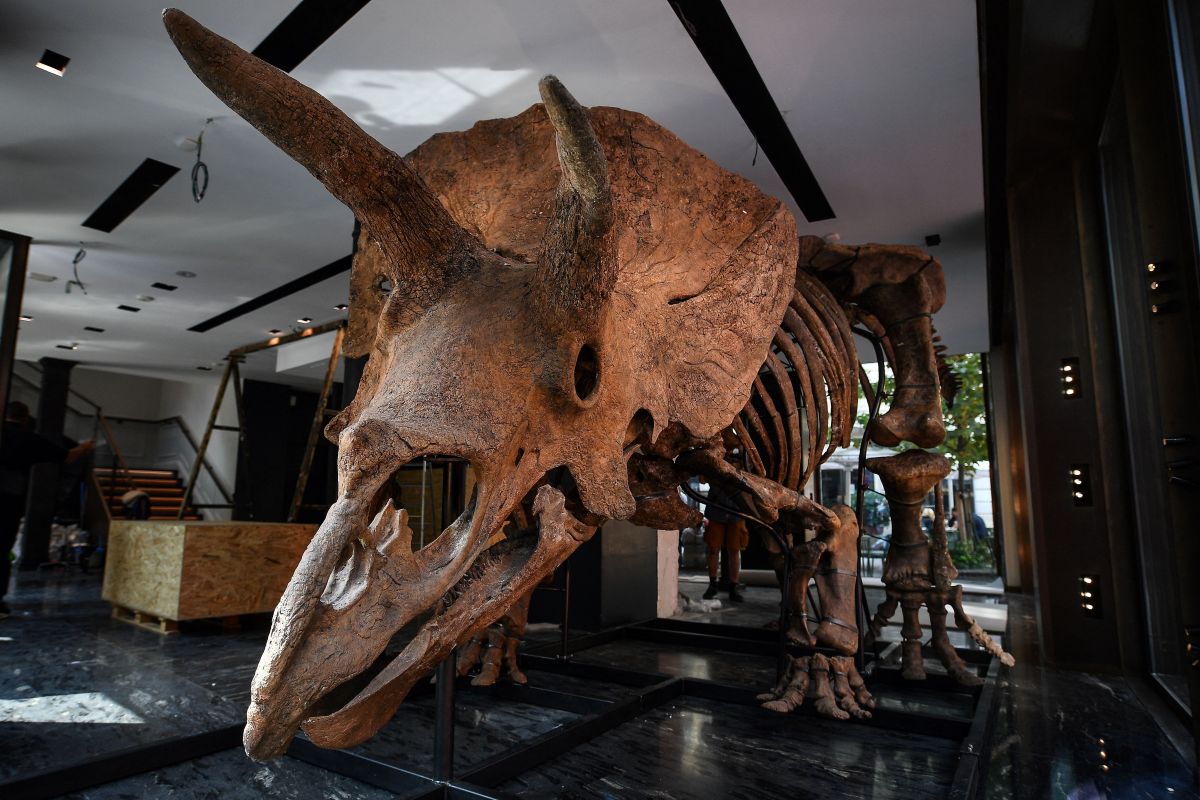 Its about skeleton of the largest specimen of triceratops discovered to date, Big John, 66 million years old, a testament to the last age of dinosaurs on Earth that was purchased by a US buyer for $ 7.7 million.

According to the exhibitors, andThe skeleton is 60% complete (and parts like the skull are 75% complete) was discovered in 2014 by geologist Walter W. Stein Bill in South Dakota, and supposedly will be part of the collection of the anonymous buyer, who also lives in the United States.

Total, 13 people bid on Big John, with a starting price of $ 1.1 million, However, the future owner of this triceratops went to Paris to visit the skeleton when it was exposed to the public in September, where he finalized his idea of ​​acquiring it.

The specimen has a skull over two meters long and two meters wide. In addition, it has a pair of horns over a meter long and 30 centimeters wide at its base.

Although the bid was far from the record reached by a fossil dinosaur skeleton: $ 31.8 million for a Tyrannosaurus Rex in October 2020 in New York, previous forecasts do not foresee a sale of more than $ 2 million.

According to the specimen data sheet, Big John died in a floodplain and was buried in the mud, which explains his level of conservation. In 2015, a team of paleontologists unearthed 60 percent of the skeleton, a rare feat, made up of more than 200 pieces that were painstakingly put together in Italy.

It may interest you:
They find in Mexico a fossil of a fish that lived in the time of the dinosaurs
Ice Age Animal Bones Found During Pool Dig in Las Vegas
The savage “War of the Bones” fought by two scientists in America’s Old West