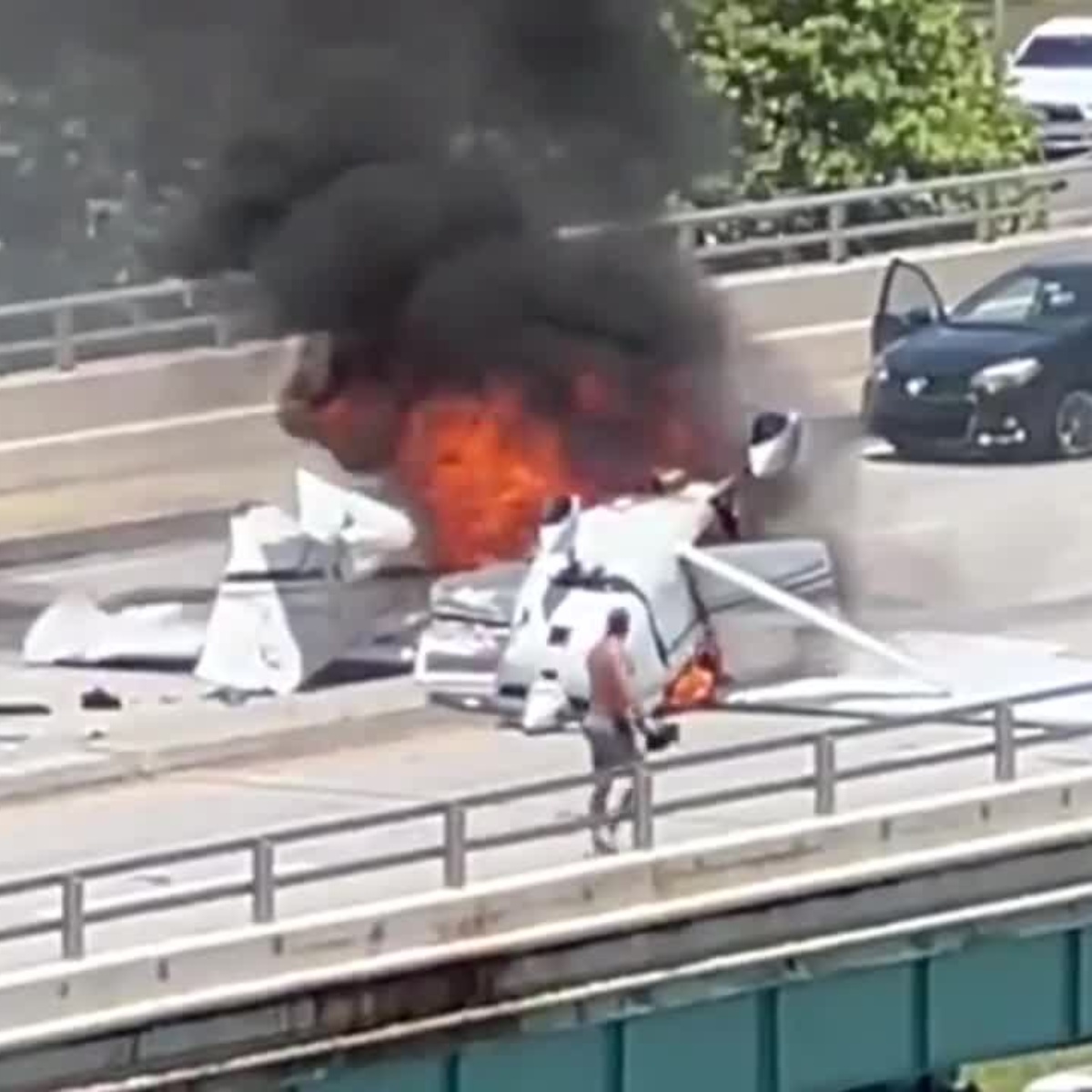 Several people have been injured after a plane crashed into a bridge very busy in Miami.

The plane crashed into the road before bursting into flames. Images posted on social media showed the wreckage of the plane burning in the middle of the road.

A nearby car was badly damaged, although it is unclear if it was hit when the plane hit the road or crashed trying to avoid it.

It is believed there was heavy traffic on the bridge at the time and the plane may have been attempting an emergency landing.

At least one person could be seen injured in footage of the incident posted online.

Reports in the US media said that at least six people were injured, but there has been no official confirmation.

The plane was consumed by flames

A witness who posted video of the aftermath online said he saw three people exit the plane.

The Miami-Dade Fire Department said he was called at 12:50 pm ET to the Collins Avenue Bridge, according to the Miami Herald.

As we report in AmericanPost.NewsA helicopter was ordered to take the injured to a hospital, but it is unclear how many needed medical attention.

The Miami-based newspaper said that more than 60 firefighters were dispatched to the scene of the accident.