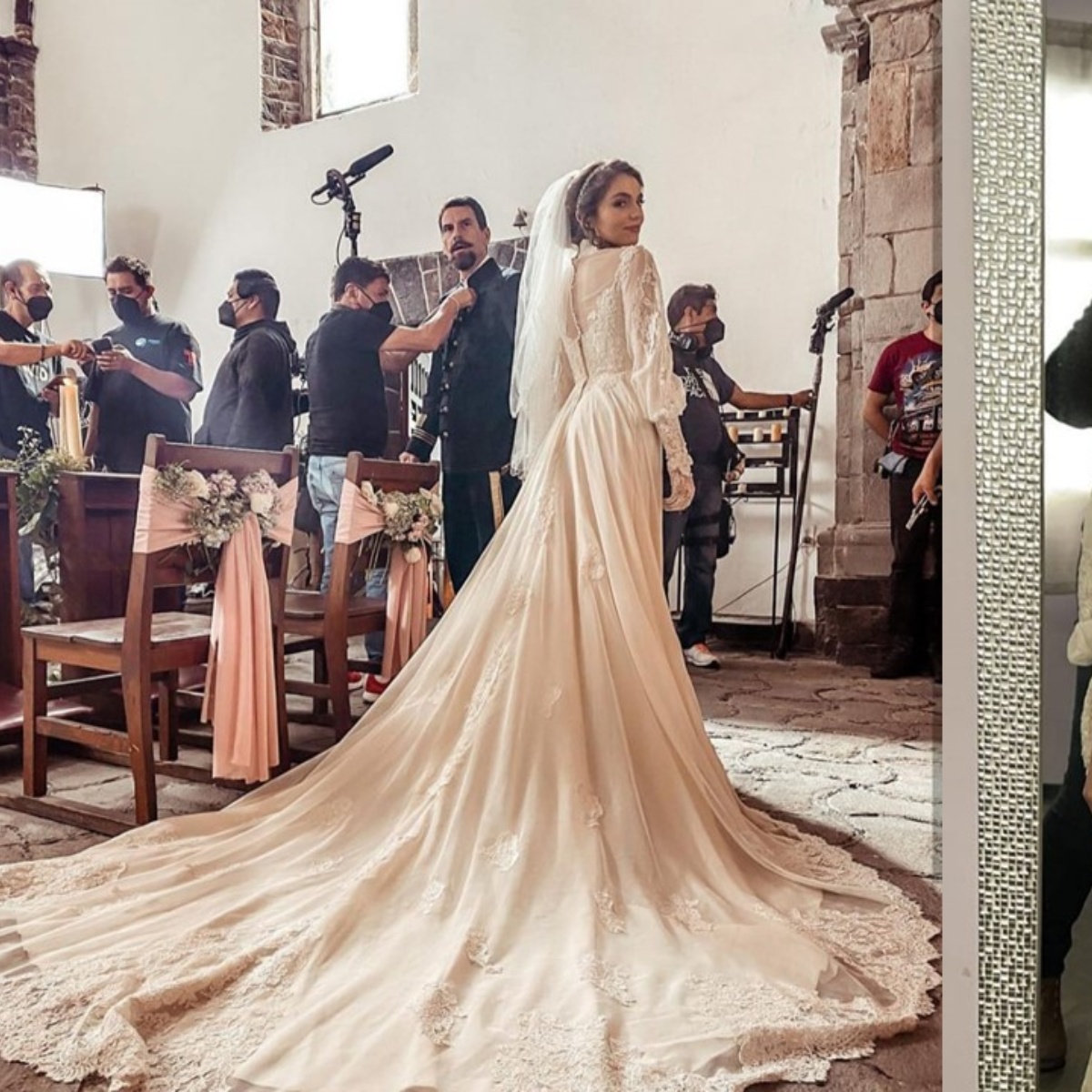 Sophia Castro who is best known for being the daughter of Angélica Rivera “La Gaviota”shared that his character in the series in which he participates is getting married and to accompany the dress she chose the tiara and comb that her mother had when she married the former president Enrique Pena Nieto.

In the comments of the photos that the actress published, the fans let her know their support for her new project in addition to mentioning how good she looked wearing a wedding dressalso shared being surprised to see her carrying her mother’s objects.

She plays Lucrecia in the period series “Malverde: El Santo Patrón” which is produced by Telemundo, is Peter Fernandez who gives life to the protagonist Jesus MalverdeCastro revealed that history of this controversial character is already in the final stretch.

In the actress’s instragram you can see the photographs where she models wedding dress of his character, the publication is accompanied by a caption that invites fans to guess whose is the tiara and comb what’s in her hair.

“Fun fact: from someone very special to me is the tiara and the comb that I wear that day?? Guess whose?? I read them”

Who is the boyfriend of Sofía Castro youtuber?

It was in an interview that the actress who is about to turn 25 shared that her boyfriend Paul Bernot is the man of her life and that even feel ready to get marriedin AmericanPost.News we also inform you that Sofia recently reappeared wearing braces.