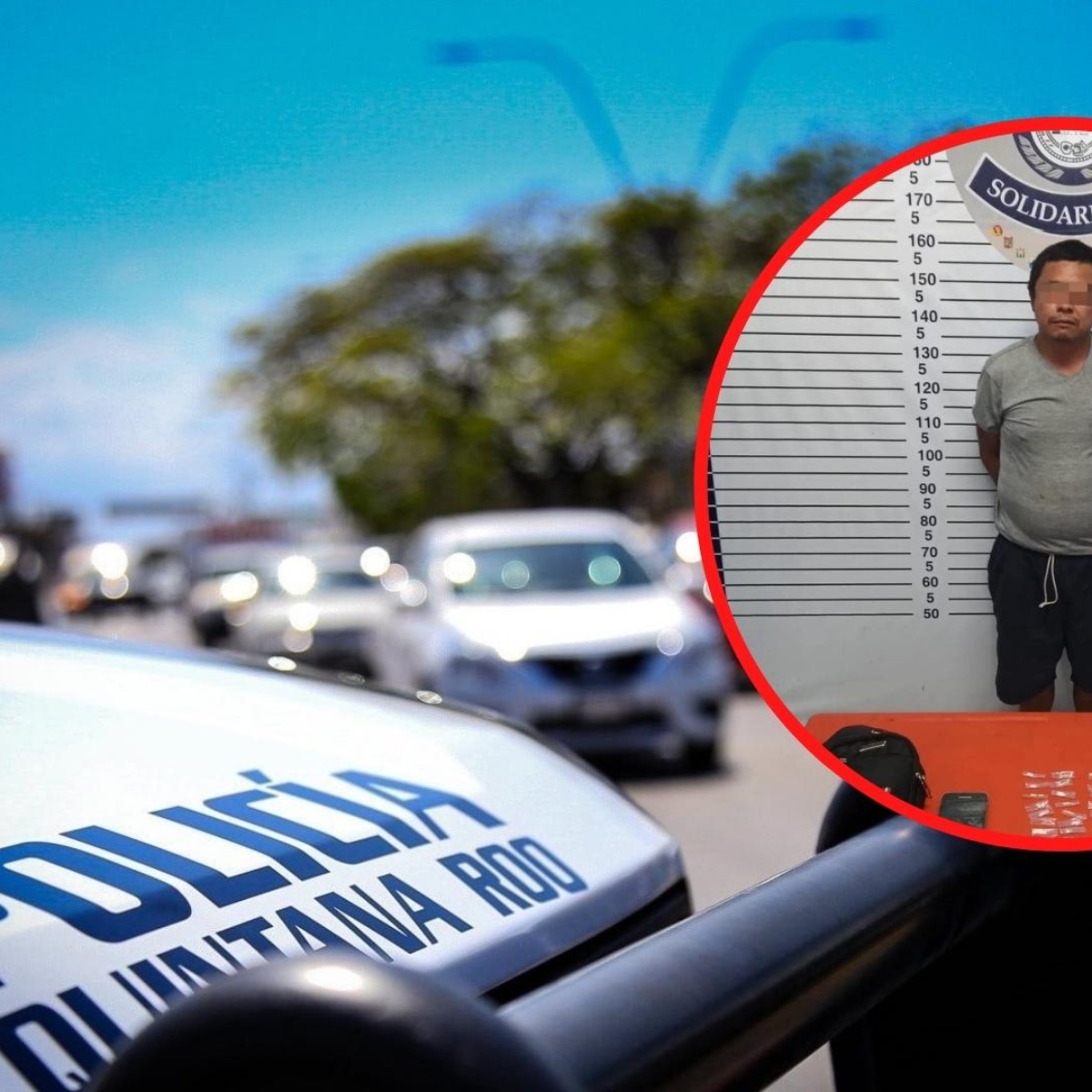 Thanks to the rapid reaction of the elements of the Quintana Roo Police in the Solidarity municipality, Carmen beachmanaged to arrest a drug dealer during the early hours of this Friday, March 11, who tried to hide the drug to avoid being caught by the authorities and pay for his crime.

The events occurred on 85th Avenue and 26th Street, just when the uniformed officers were in the area carrying out their prevention and vigilance tourwhen they suddenly saw a man walking recklessly, even when noticing the presence of the patrol, he tried to escape, walking faster.

In that, the alleged culprit threw a transparent bag towards an abandoned area, at that moment the officers activated the protocols and accelerated to catch up with him, when they arrived with him they stopped him, he asked the reason why they asked him to stop , himself who did not begin to oppose the review.

He was taken to the FGE of Quintana Roo

When carrying out the security check on who identified himself as Miguel “N”, 38 years old, originally from the state of Yucatán, they found 39 bags with a substance with the characteristics of the drug known as stone, in addition, they verified that the bag transparent that he threw were more drugs.

Given these facts, they proceeded to arrest the man and transfer him to the facilities of the Attorney General of the State of Quintana Roo to determine his legal status, meanwhile, it is known that he remains in custody at the facilities of the corporation in Solidarity, Playa del Carmen.

Lastly, it is worth mentioning that Solidaridad is being characterized by multiple arrests and large doses of seized drugs, in February alone they seized more than 3,000 doses, and dozens of suspected drug dealers were arrested, as well as suspected hit men with firearms. fire.