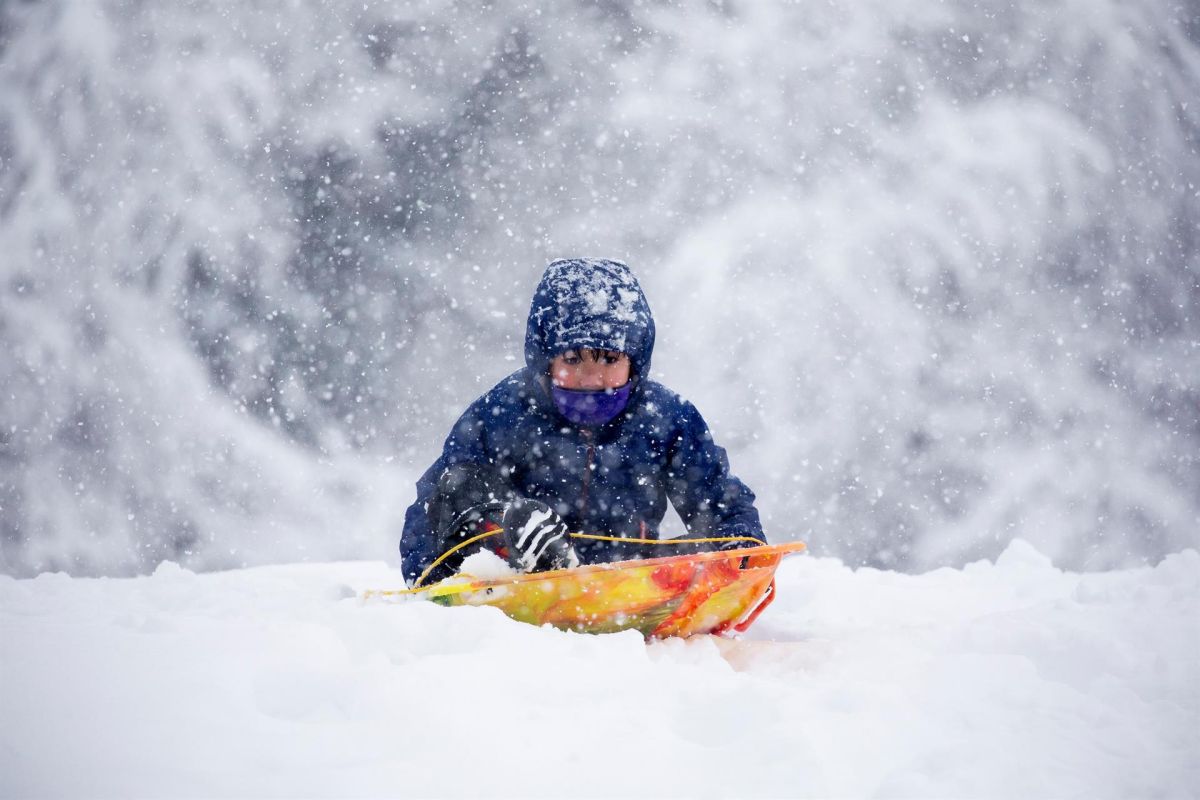 At least 60 million people are under winter alert in points that go from coast to coast of the country, from the Pacific Northwest to New England. It is a fast moving storm system.

CNN meteorologist Robert Shackelford indicates that up to 12 inches of snow in Boston, a maximum of 6 in Washington, up to 5 in New York and about four inches in Philadelphia.

Snow, sleet and rain are among the causes of large traffic jams in Tennessee and Kentucky, product of a storm as it traversed the Appalachians heading to the northeastern United States and the mid-Atlantic region.

Thursday, Nashville reported 6.3 inches of snow fall, above the four-inch record for a January 6, which was implemented in 1977, according to the National Weather Service.

For this Friday, the storm is expected to intensify precisely in the hours of busiest vehicular traffic, and in the first hours it already caused the cancellation of about 2,000 flights.

The border area between Tennessee and Alabama also reported areas covered by sleet and freezing rain.

For its part, the Metropolitan Police of Nashville reported dozens of car accidents and traffic complications, for which he made a call not to move or leave the house unless strictly necessary.

A similar picture was registered in the county of Montgomery, Tennessee, with dozens of crashes, one of them with a fatal balance, said the spokesman for the state Highway Patrol, Lt. Bill Miller. And although the authorities assure that they work to clean the roads, “the problems will continue as the snow continues to fall and the temperatures drop,” said the regional spokeswoman for the local Department of Transportation, Rebekah Hammonds.

Classes were canceled in Tennessee schools, and government offices will be closed, even as far away as Memphis and Shelby County; these two points are also suffering from flight cancellations.

While, Kentucky Governor Andy Beshear declared a state of emergency and he warned of the danger due to poor conditions, after hundreds of automobile cars have been reported in the state.

Beshear said he has displaced crews from the Kentucky National Guard to get to work in the severe weather.

The city of New York, meanwhile, has already activated its winter weather plan, which includes some 330,000 tons of salt, more than 700 spreaders and some 1,600 plow vehicles ready to go into action.

A different storm caused lake-effect snow in parts of the Great Lakes.

Experts also warned of the possibility of heavy rain and snow in the mountains for the Pacific Northwest. The cold air is expected to head east in the next few hours, and remain in the area at least until early next week.

This also interests you:
– Five dead and a nearly 24-hour traffic jam due to snowfall in the US Atlantic region.
– Snowstorm leaves fatalities and paralyzes Washington DC for hours
– Hundreds of drivers trapped over 15 hours by snow on Virginia highway