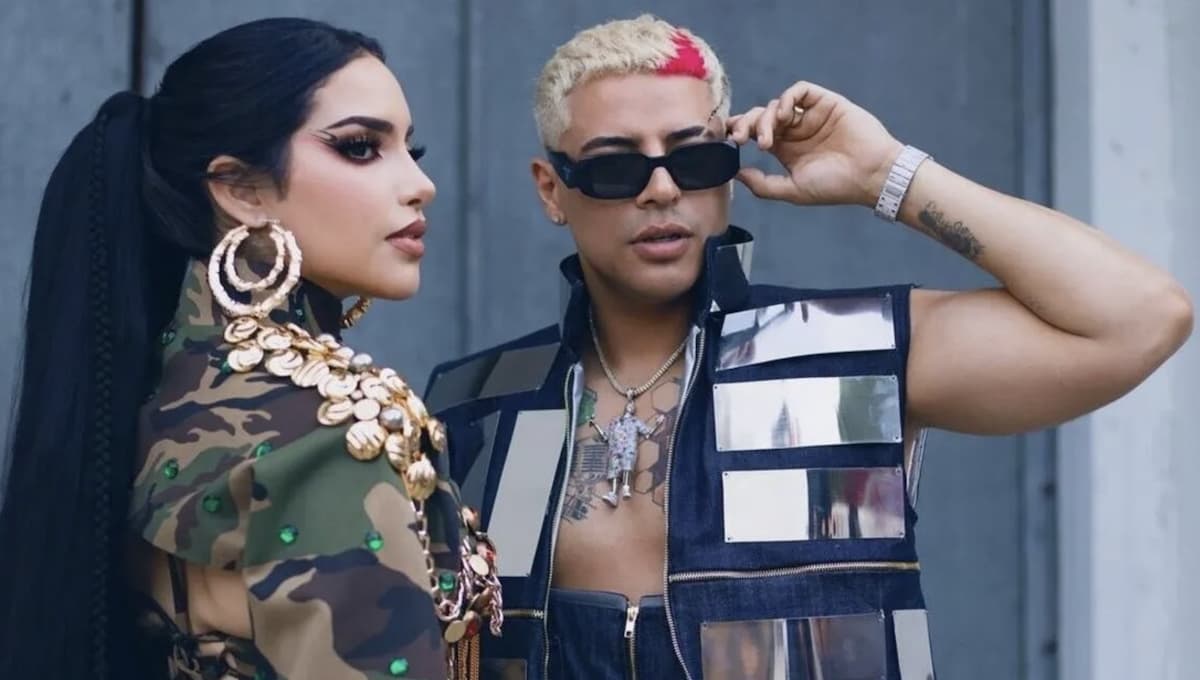 The time has finally come! The long-awaited “Después de las 12” remix was released last Thursday, September 22nd, after Kimberly Loaiza, Ovi, and Eduin Caz kept fans on the edge of their seats with the excitement of knowing who would be the fourth artist to join them in this new musical project.

On Wednesday, September 21, it was announced that reggaetonero Pailita was the latest member to add all the flow possible to this remix. Fans had great expectations about the new version of the hit “Después de las 12” until it was released.

The music video was well received, with almost six million views on YouTube and counting, causing a sensation, especially a trend among internet celebrity cuties, after a curious scene that would be seen in the song’s clip.

Well… Kimberly Loaiza kissed another model! That’s right, to raise the temperature, La Lindura Mayor would be inside a crystal at the beginning of the reggaeton tune, making her flirtatious moves following the rhythm of “Después de las 12”, when they suddenly join lips on the crystal.

She gives a great opening with a lot of Ovi style, to then continue with all the rhythm the famous influencer, rightly joins her lips with another girl having a crystal in the background, having her lips glued but in the middle of a barrier, to then let out a little laugh.

However, it would not be the only time that scene would be shown, so fans could see that with each song that Juan de Dios Pantoja’s wife releases, she is evolving and changing, each time she is improving little by little, that would make her music reach more people.

Even in the post that Kimberly Loaiza shared on her Instagram account, all the comments would assure that this hit would go viral, proving that her musical career is becoming even more international, becoming known around the world little by little.

Well, without a doubt, the YouTuber has known how to manage her career, achieving and getting it right in the singles she has been releasing, shutting the mouths of her haters who made fun of her when she took off as a singer, especially with the tremendous success that “Pa’ Eso Se Hizo” received.