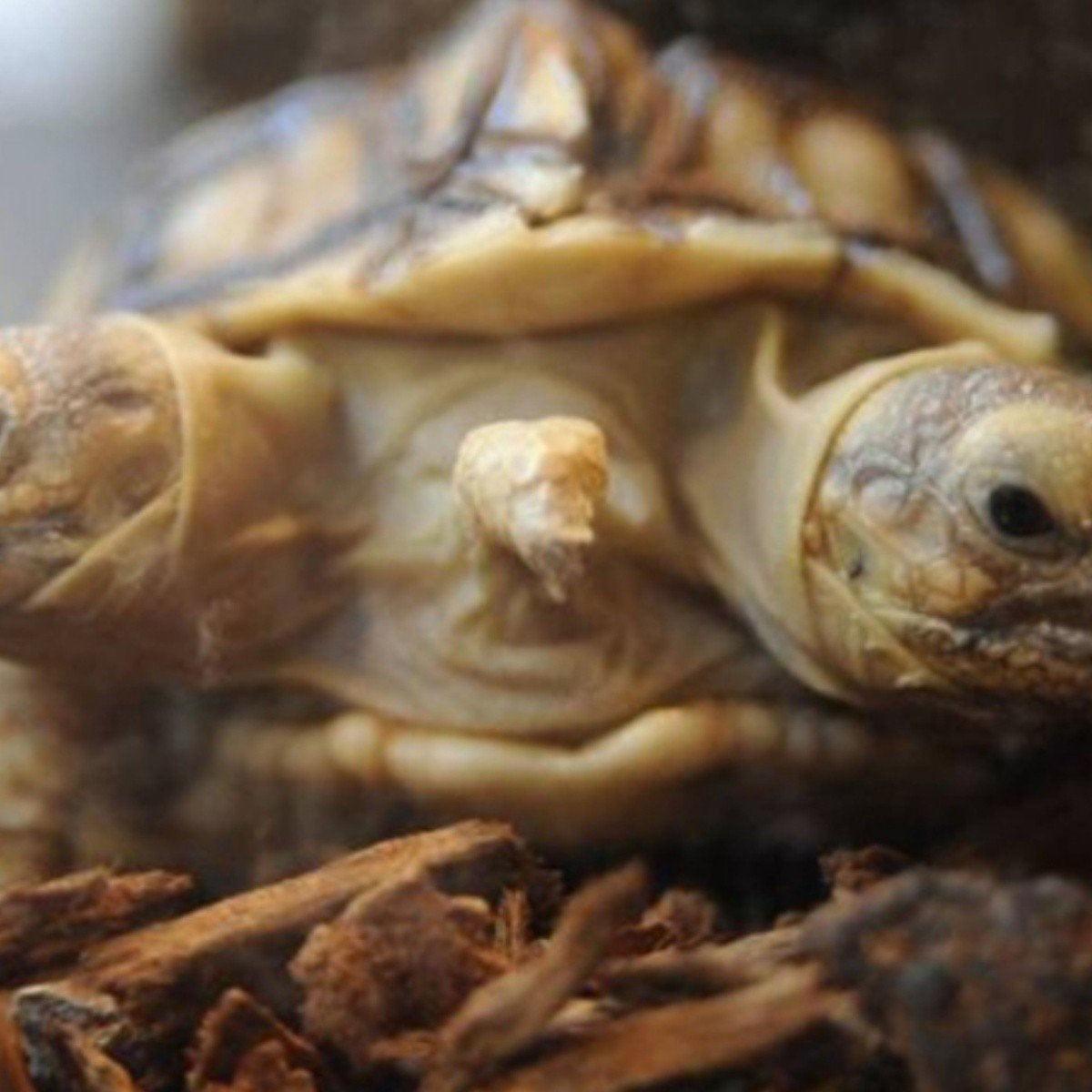 In the Dutch town of Putten, a two-headed siamese tortoise which has marked a milestone for being the first of these characteristics registered in the Netherlands.

Sorte: The two-headed Siamese tortoise could live up to 150 years

Although this type of specimen does not usually live long, Sort It has a series of characteristics that make its survival possible and increase its life expectancy.

Its life expectancy is believed to be higher due to a CT scan carried out at the Dutch clinic AniCura, which confirmed that the animal, thanks to its unique heart and gastrointestinal tract, will be able to survive longer than expected.

Although this exploration carried out with a series of scanners showed that the reptile has two cervical spines and two windpipes, it is currently unknown if Sort Is it male or female.

According to Dutch veterinarians, in the best of cases this unique animal could weigh around 100 kilos and live up to a total of 150 years.

“It is special to have a specimen with these characteristics and, therefore, the most important thing is that Sorte is and continues to be healthy”, declared the owner of the famous tortoiseRuben van Schoor, to the media.

He was saved! Shark bites off teen’s face while hunting lobster in Florida

Scientist presents a slice of sausage as a star; goes viral and apologizes

As far as the event is concerned, it is a unique phenomenon, since, according to AniCura, this is the first time that a turtle with such attributes has been born in the Netherlands.