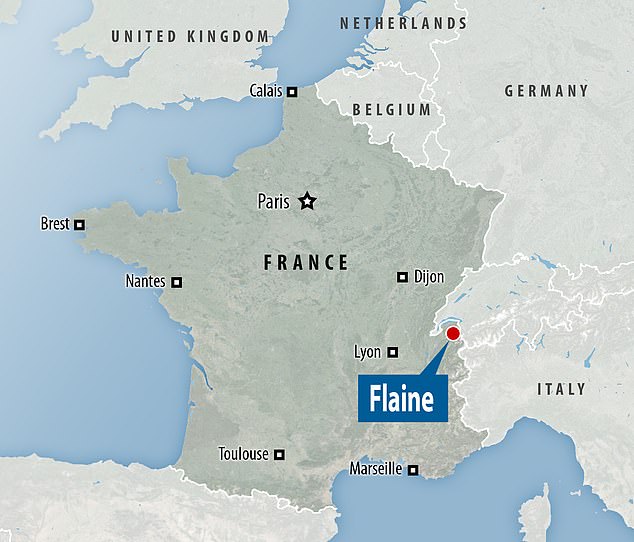 A 5-year-old British girl died during a ski lesson in the French Alps when another skier crashed into her “at high speed,” according to authorities, who charged the man with involuntary manslaughter.

The girl, identified only as Ophélie, was with four other children receiving a lesson on the so-called safety of a beginner’s slope in Flaine on Saturday morning, local prosecutor Karline Bouisset told Sky News.

When he was going to turn, the young “was hit very violently by the skier who was arriving at high speed and tried in vain to dodge it,” Bouisset said.

The speedy skier, a 40-year-old local volunteer firefighter, immediately tried to give him first aid, the UK broadcaster said.

However, the young woman never regained consciousness and was pronounced dead on the way to a local hospital, the outlet said.

The skier was arrested Monday and charged with involuntary manslaughter, according to Agence France-Presse, which said prosecutors they blamed excessive speed for the death.

The man could face up to five years in prison, plus a fine of about $85,000 if convicted, Sky said.

Jean-Paul Constant, the mayor of nearby Arâches, also told the station that they were “actively looking for an English-speaking psychologist for the family” of the girl.

“They are in extreme shock, as are many others involved in this tragedy,” the mayor said.

Some stations in France and Switzerland have introduced speed cameras and portable radar devices in a move aimed at reducing accidents on the runways.

The limit on many has been set at 30 km/h, just under 19 miles per hour, but expect much lower speeds on gentler grades.

Also read:
Cancel search for missing skier in California as they see no chance of finding him alive
· The moving story of the Chilean who reached the summit of a volcano in a wheelchair
· VIDEO: Terrible accident suffered by skier Daniel Andre Tande