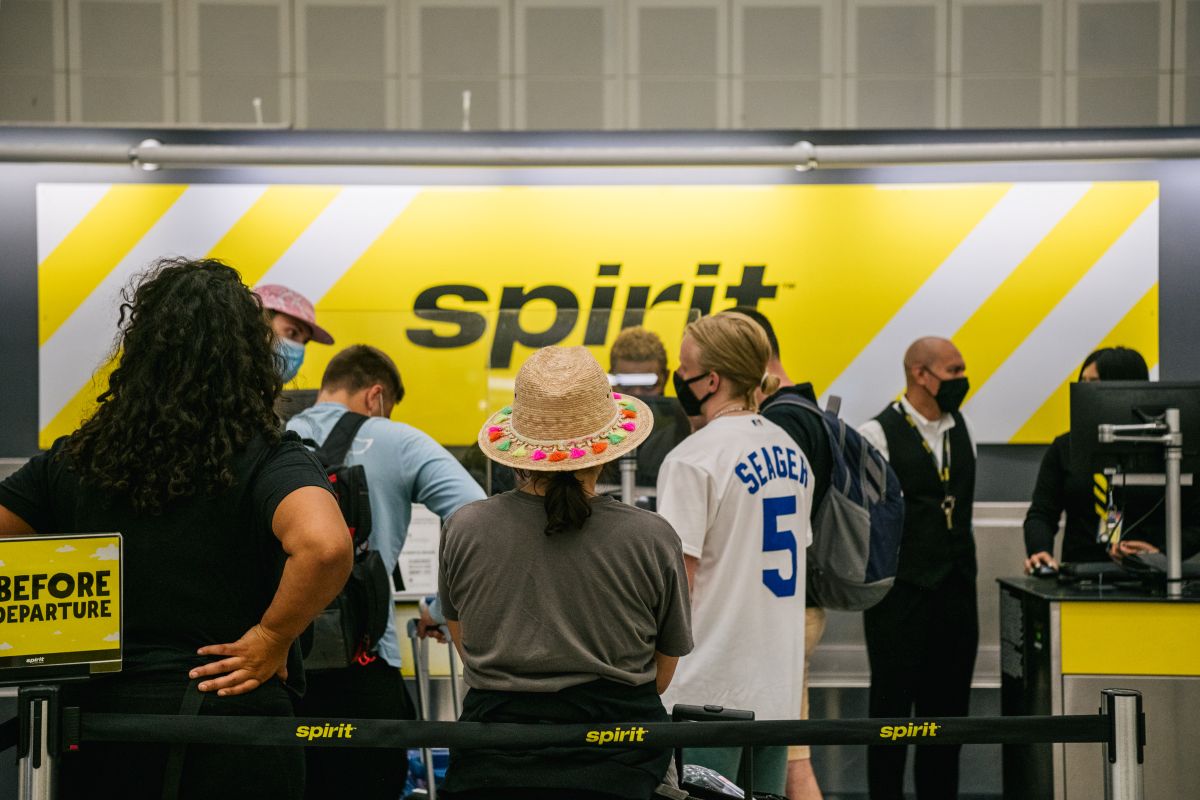 In the face of violent incidents on the ground and in the air of the airlines, the chaos that is experienced in some airports is added to the sudden cancellation of hundreds of flights. Tens of thousands of Spirit Airlines passengers have been stranded since the weekend as the airline has canceled most of its flights.

Spirit Airlines CEO Ted Christie said Thursday more than 1,700 flights have been canceled and blamed a number of factors that left the company without pilots and flight attendants in addition to reporting that they are facing problems such as bad weather but that in the company they work against the clock to solve the problems.

Things started to get worse for airline passengers when As of Sunday, August 1, hundreds of flights have been canceled. On Tuesday and Wednesday Spirit canceled more than 60% of its operations while on Thursday it canceled 449 flights.

We are experiencing operational challenges in some areas of our network. Before going to the airport, check your email and current flight status here: https://t.co/yuPJDPxeNu. The fastest way to receive assistance is to visit our webchat: https://t.co/QnlZcUCMtk. pic.twitter.com/E176h8KHjN

Related: Use of masks at American Airlines: they praise an employee who denied boarding a woman who did not want to use it to insults

The problems are not over

Spirit’s CEO cautioned that the bad news will continue for passengers for the next few days since until this Friday one of every three flights have been canceled.

The low-cost airline reported that will take care of the hotel expenses of the passengers who are stranded as well as the reimbursements of the flights and the cost of new reservations in other airlines.

An avalanche of violent episodes in the airlines are being registered throughout the country after last weekend a passenger from drinks attacked a flight attendant and touched the breasts of a flight attendant for which a video distributed in networks Social media has gone viral where it is observed how a Frontiers Airlines flight attendant ties the passenger to his seat with duct tape.