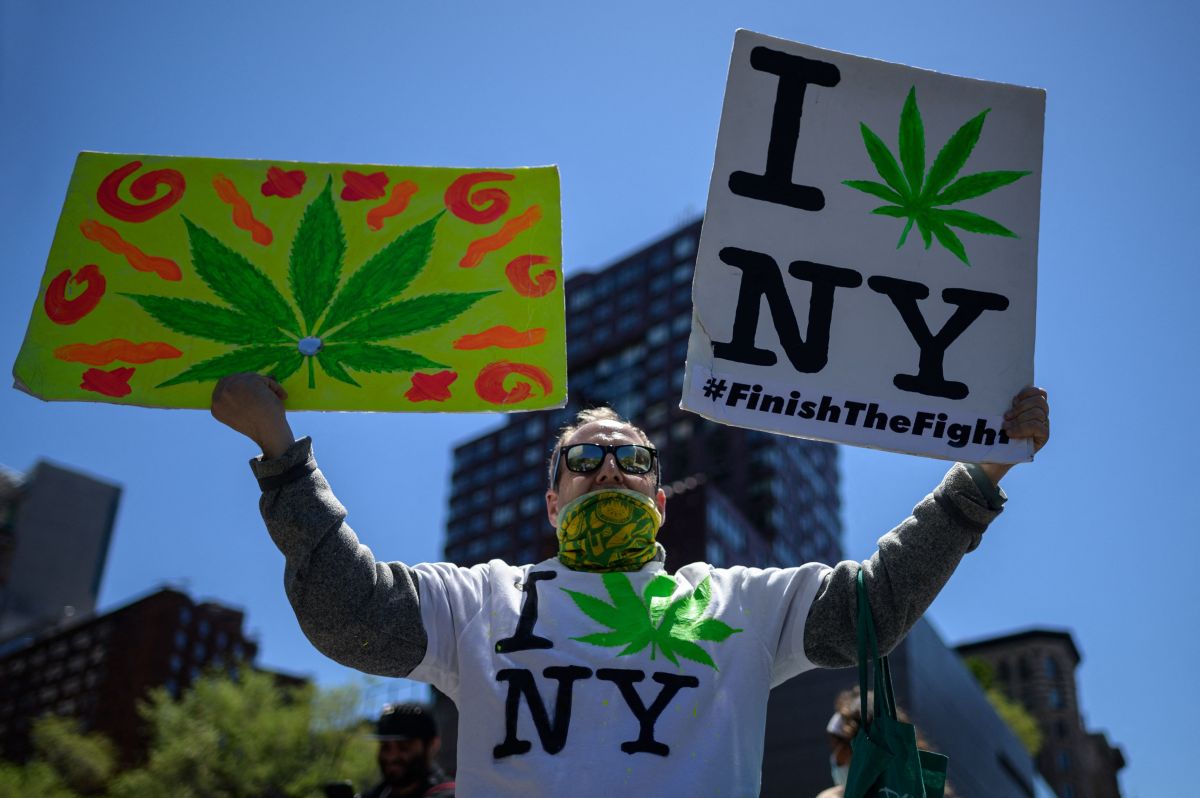 Governor Kathy Hochul’s announcement of the Sowing Opportunities Initiative, that puts people with criminal records stemming from possession of marijuana first in line to receive the first licenses to operate dispensaries that offer weed grown by New York farmers, has already sown as many expectations as doubts.

Is it just enough to have a criminal conviction during the years in which being arrested with marijuana was a highly prosecuted crime? The answer is no!

The new scheme that opens the window to grant between 100 and 200 licenses in the coming months, has as its main focus to provide investment facilities in this new sector to the communities that struggled for years with the weight of records and criminal penalties for possession of marijuana, but in general the beneficiaries of these new permits must also prove another history: have other successful businesses.

“New York State is making history by launching this unique approach to the cannabis industry, which takes a huge step forward for inclusion and righting the wrongs of the past,” he explained. Governor Hochul.

This means that the new Cannabis Control Board installed in New York after the State Assembly gave the green light to the Marijuana Tax and Regulation Act (MRTA) will prioritize local farmers and entrepreneurs, creating jobs and including communities affected by criminal records for cannabis possession.

In theory, it is a model of inclusion, but in practice it opens up a compass of questions for people with criminal records or arrests associated with weed, as is the case of the Puerto Rican Luis Cervantes, 50 years oldwho, as he himself details, when he was “a little boy” was “caught with drugs and that sank him for life.”

“The great doubt is that you need money for everything and for the majority having a criminal record condemns you to poverty. I have tried many times to rebuild my life, but the fact of having that mark always pulls you back. Good for the new generation. I would like to participate, but I repeat everything is kids (money) ”, reacted the resident of East Harlem.

Luis was arrested on a corner of the 120th Street and Second Avenue When I was 18. Since then, he describes that he has had to settle for what he calls “mediocre” jobs.

“A serious and large company would never hire you. everything was closed for you. Now, these are businesses where a lot of capital will always be needed behind, or that you already have a business, ”she said.

Who sells? Who sows?

Given the avalanche of questions, this week the NY Cannabis Control Board you have already specified the two components of the Planting Opportunities Initiative.

First, entrepreneurs with a prior criminal offense specifically related to possession of cannabis, who also have a history of owning and operating a small business.

These individuals will be the first to open and make sales in New York State, establishing share-owned businesses, in this new legal New York adult weed market.

Second, this board approved the opening of applications for the license of Conditional Grower for Adult Use, for hemp farmers looking to plant cannabis this spring.

This new permit was made possible by legislation Governor Hochul signed last month. The Board designated the next March 15 as the opening date of the application portal.

In this way, Jessica García, a member of the Cannabis Control Board, appreciated that giving facilities to those who have faced legal problems for the possession of this product, places New York “on the right path to meet the objectives set forth in the law.”

“We are providing protection to workers in the industry, by creating paths towards an orderly and socially equitable industry around cannabis. This is a great first step forward,” she assured.

The new Latin Cannabis Association, legally constituted last February, emerges as a voice to accompany throughout the application process to Latino entrepreneurs who want to be part of this nascent industry.

“There are many stigmas and fears that Hispanic investors they must win. We are trying to educate them about this industry. Help them apply for licenses and start the business, which we hope will not be left in the hands of large corporations. Although from now on, clear signals have been given that the first 100 licenses are wanted to remain in the hands of small entrepreneurs”, he indicated to El Diario Jeffrey García, spokesman for this organization.

The Association currently has 25 members, some of them small businessmen and others who have been affected by the drug warwho are going to apply for licenses.

Already several organizations, which for decades have brought to light how disproportionately racial minorities have borne the burden of arrests and sentences with the possession of weed, will now launch campaigns to advise those who wish to undertake in this new legal marketing chain.

“The Marijuana Tax and Regulation Act (MRTA) it is explicit. New Yorkers who bore the brunt of marijuana prohibition should have priority access to licenses to sell these products.” taylor james Legal Aid Society Community Development Project.

This coalition reported that in the coming days they will work with business entrepreneurs to ensure that they are the “first to reap the fruits of this transformative legislation.

“We unfairly targeted communities of color, during the heavy-handed marijuana arrest. Against that practice I foughtwhen he was a police officer. And we can’t go back to those days.” he concluded.

In the specific case of the Big Apple, according to a report presented by the New York City Comptroller, between 2010 and 2017 the 51.3% of arrests related to marijuana were black and the 35.2% were Latino.

This means there was eight times more arrests of black and Hispanic people than of white people by applications associated with the cannabis law. The contrast is clear: 86.5% versus 10.5% percent.

Data from the same report show that the sum of race and the neighborhood in which someone resides is a mixture that determined the probability that he will be arrested for marijuana in New York City.

Half of these neighborhoods are located in parts of The Bronx.

In addition, the 93% of arrests for possession of marijuana in New York City in 2020 involved people from Hispanic or African-American communities, according to statistics shared by Legal Aids

One year after legalization in NY

Recreational marijuana use in people over 21 years of age it’s legal in the state of New York since March 2021.

The Democratic majority of the State Senate approved the Marijuana Tax and Regulation Act (MRTA), which establishes a new office for the regulation of cannabis, decriminalizes its use in adults and marks the beginning of relief plans for racial minorities that were most affected when their possession for personal use was punished by justice.

One of the immediate impacts of the regulation, sponsored by Manhattan Senator Liz Krueger, is that records began to be erased. criminals of those who were subjected in the past to judicial proceedings, for possessing the so-called “personal doses”.

statewide there are no longer any penalties for public possession of up to three ounces of cannabis or 24 grams of marijuana concentrates. And people can store up to five pounds of cannabis at home.

What does the Sowing Opportunities program consist of?

In numbers: A new industry