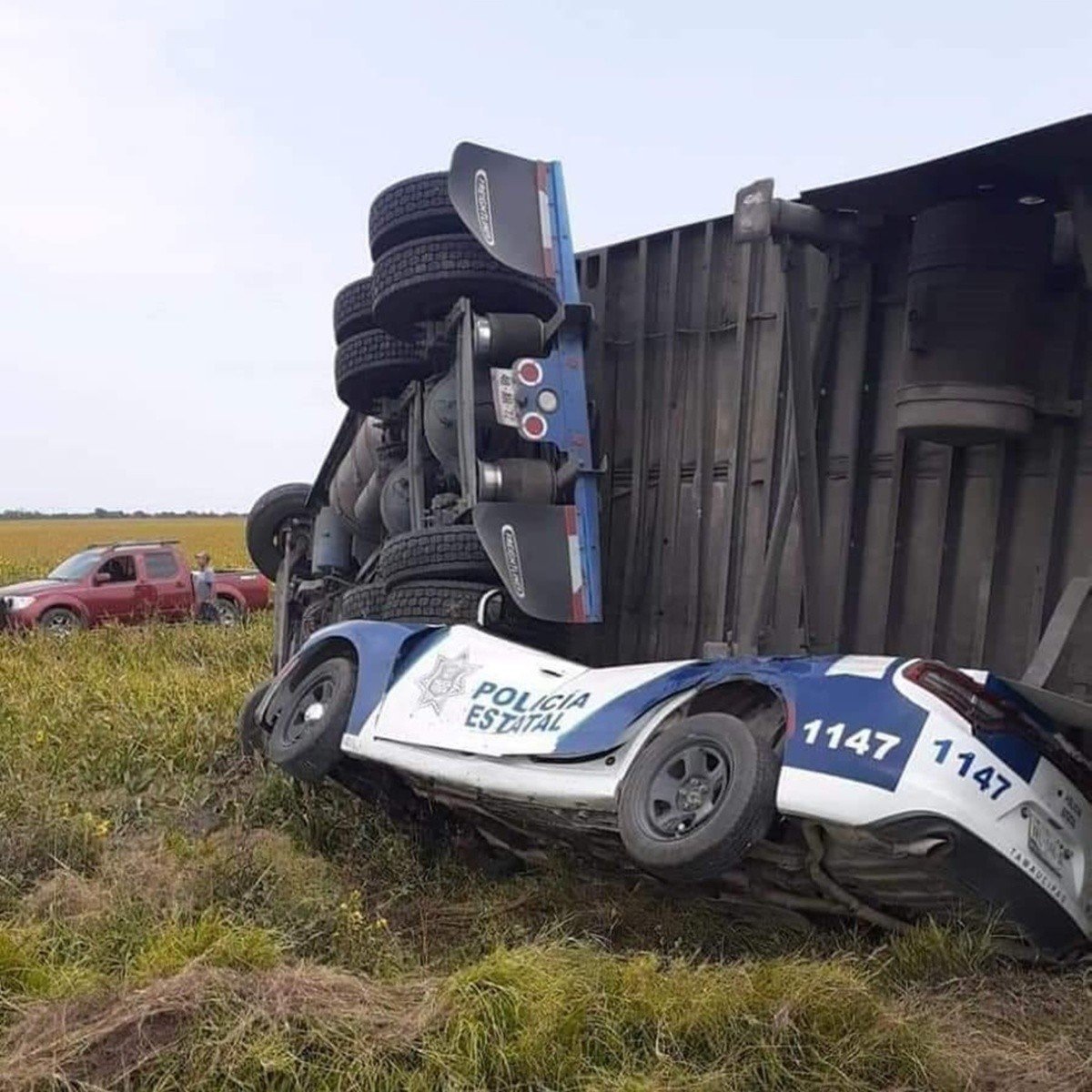 Tamaulipas.- Three elements of the State Police were miraculously saved after suffering a spectacular accident in the Libramiento al Ejido Francisco Villa in San Fernando, Tamaulipas.

A trailer crushed the patrol where the agents were circulatingHowever, the rescue elements that went to the site found the uniformed men alive, but seriously injured, among the twisted iron.

The cops They were transferred badly injured to a nearby hospital, so far their health status is unknown.

Two of the officers had minor injuries. and the third with minor injuries as a result of fractured ribs, the latter identified himself as Martín Olmos Sánchez.

According to unofficial sources, it was indicated that the accident was due to the state of the climate in that area, the patrol it crossed the trailer causing the truck to overturn, falling on top of the police vehicle.

The driver of the trailer was detained pending the resolution issued by the authorities.