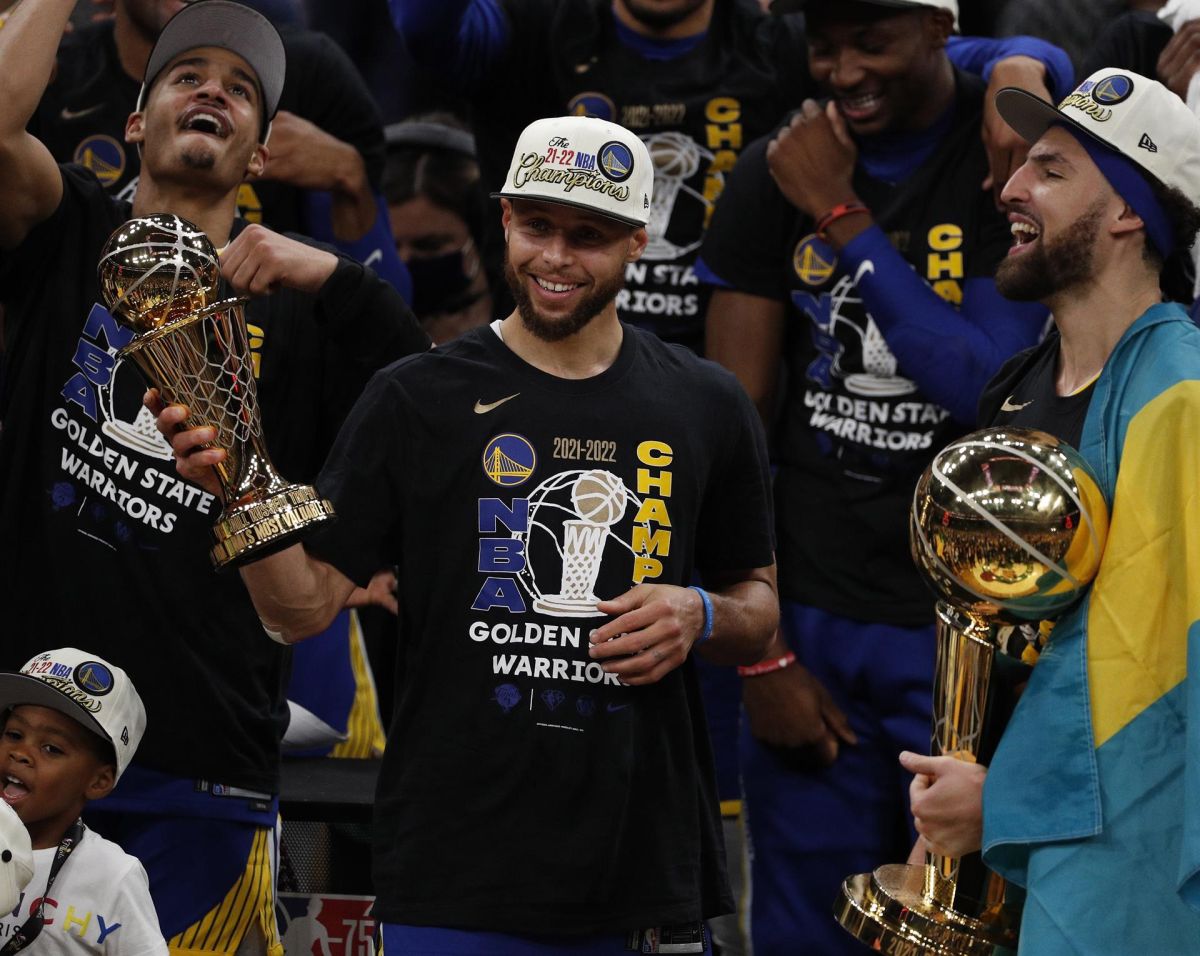 Curry earned this recognition, also known as the Bill Russell Award, by being instrumental in the Finals that the Warriors scored by defeating the Boston Celtics 4-2.

This is the fourth ring for Golden State in the last eight years.but in the previous three Curry hasn’t won the Finals MVP: Andre Iguodala won it in 2015 and Kevin Durant did it in 2017 and 2018.

In the sixth game, which was played tonight in Boston (USA) and was final, Curry added 34 points (with 6 triples), 7 rebounds and 7 assists.

The point guard, who was seen with great tears of joy as soon as the game ended, adds this award to the two regular season MVPs he won in 2015 and 2016.

“I thank God every day that I get to play this game at the highest level, with these amazing people,” Curry told US television on court just after Game 6.

The Warriors got up in the face of adversity

“At the start of the season nobody thought we would be here (…). It’s unbelievable, it’s surreal”, he added, stressing that the Warriors hit “rock bottom” in the last two years with injuries but recovered to reach the top.

Later, and with the Finals MVP in hand, Curry stressed that this ring is the result of combining “the pedigree of champions” and Golden State’s “experience” with “the fresh energy” of young people who are “hungry” to keep growing. “This ring is different, of course,” she stated.