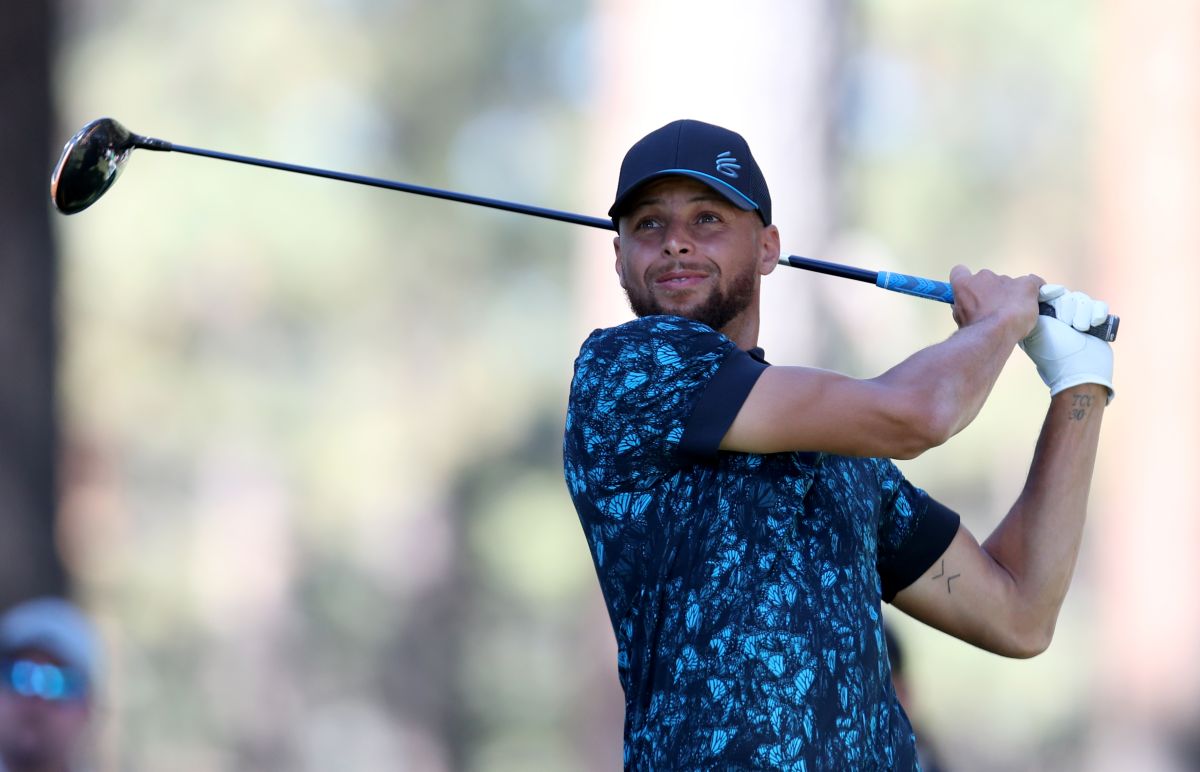 Stephen Curry is the best three-point shooter in NBA history. and the statistics of the 3678 three-point shots scored in the regular season and playoffs certify it, but apparently now his shot has perfected him in golf by achieving a true jewel during the American Century Championship celebrity tournament.

And it is that Curry surprised everyone present at the event during the par 4 of the 13th hole, after he executed a perfect shot at 97 yards to seal one of the most exciting moments of the competition.

The Golden State Warriors point guard executed the hit and although the ball seemed to go beyond the ideal trajectory, in the end it ended up descending to the point where the flag and the hole were located so that the applause of those present exploded.

After the feat, Curry celebrated with great emotion along with those closest to him, perhaps without being aware of the difficulty of the shot he made.

With what was seen on the grass of the Edgewood Tahoe South of Nevada, number 30 could start a new career in golf after a hypothetical retirement from the NBA after having won four championship rings.

Every year the American Century Championship brings together personalities from the entertainment world and athletes from all disciplines, with which they manage to raise funds for different organizations, some non-profit and others that fight to eradicate diseases such as cancer.

Among those attending the event in 2022 were members of the Baseball Hall of Fame, John Smoltz, Tom Glavine and Ivan Rodriguezalso a member of the Hall of Fame but from the NFL, Brett Favreactors Alfonso Ribeiro, Michael Pena and Ray Romanoas well as the singers Nick Jonas and Justin Timberlakeamong many other celebrities.