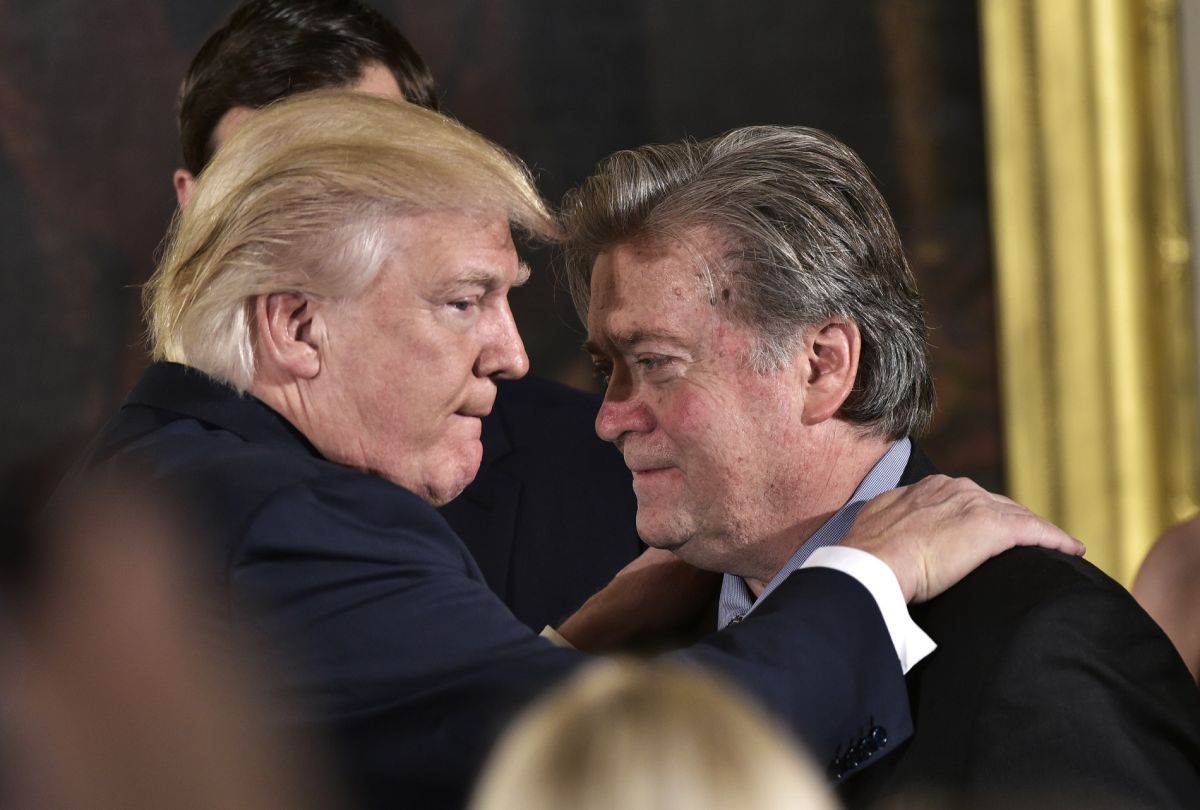 The House of Representatives approved this Thursday to declare Steve Bannon, former chief of advisers to former President Donald Trump, in criminal contempt of Congress, due to his refusal to comply with a subpoena issued by the select committee investigating the violent invasion of the Capitol.

Congressmen approved the motion 229 votes with 202 against, after considering that Bannon breached an order to testify. He has argued that he cannot respond to the subpoena, due to executive privilege over his communications with former President Trump.

Following the decision of the Chamber, Bannon could face up to a year in prison and pay a fine of up to $ 100.00., if the Department of Justice continues the process.

The former adviser had already been pardoned by former President Trump for a $ 25 million fraud charge he allegedly raised to build the border wall, but used some of the money for personal expenses.

In an email sent to CNN by his attorney, Robert Costello, Trump’s former adviser said he would not cooperate in the investigation into the violent raid on Capitol Hill on January 6.

“As such, until these issues are resolved, we are unable to respond to your request for documents and testimony,” Costello said.

This Thursday, the representative Adam Schiff (California), chairman of the House Intelligence Committee, defended passing the motion against Bannon, noting that the investigation on January 6 justified them.

“Congress is investigating the worst attack on our Capitol in more than a century, compounded by the fact that it was carried out by our own people, people who had been misled into believing that their election had been stolen and that the violence was now justified. Schiff said.

The motion was supported by nine Republicans, including Liz cheney (Wyoming) and Adam kinzinger (Illinois), who are the only ones from that bench that is part of the select committee.

The decision to continue the process against Bannon will depend on Attorney General Merrick Garland, after it is signed by the Speaker of the House, Nancy pelosi (California).