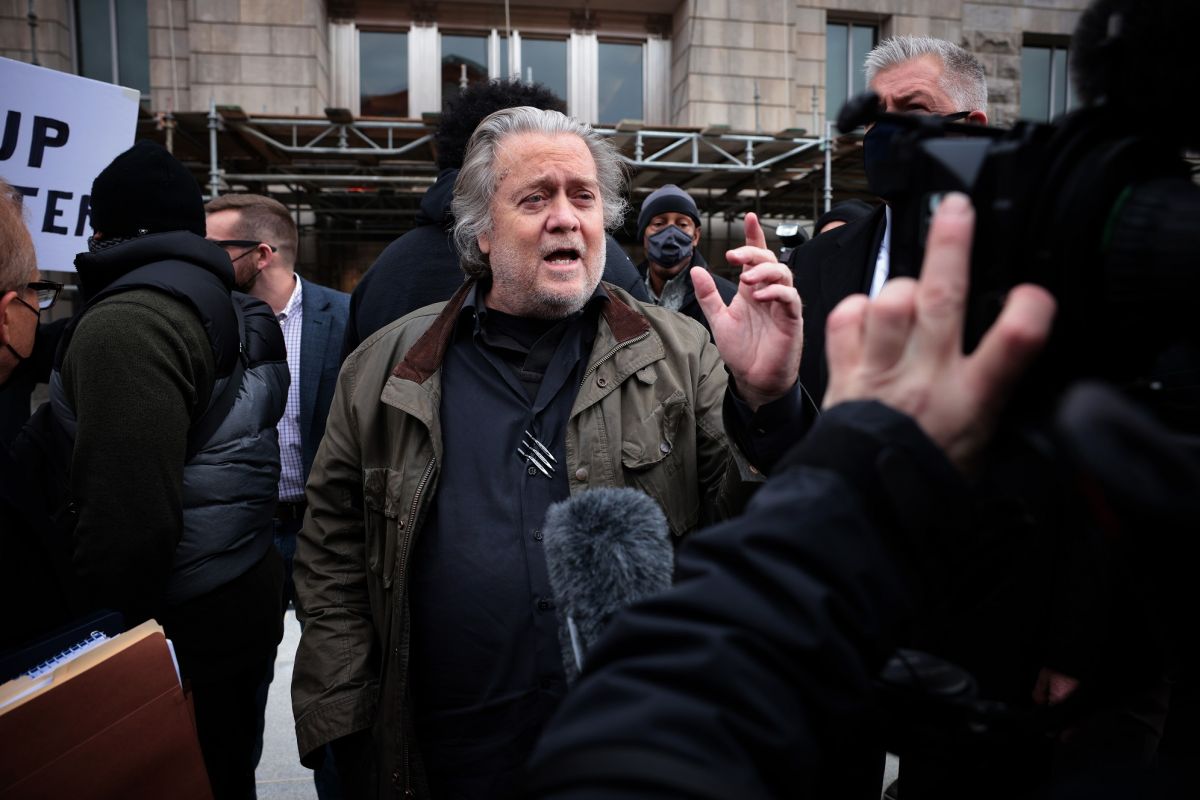 Steve Bannon turned himself in to the FBI, after a grand jury dropped charges against him for criminal contempt of Congress., by refusing to testify for the invasion of the Capitol on January 6.

The former chief of advisers to the former president Donald trump He arrived this morning at the offices of the Federal Bureau of Investigation in Washington, where he was seen relaxed.

It will be this afternoon when Bannon is presented before a judge for the reading of the charges and the next steps in the process against him.

On November 12, the Department of Justice stated that one of the accusations is for his refusal to appear before the House Select Committee investigating the Capitol uprising by Trump supporters. The other charge against you is for refusing to deliver documents.

On October 21, the House approved with 229 votes in favor of the motion against Bannon; 202 legislators opposed it.

Bannon failed to comply with an order to testify on the grounds that he cannot respond to the subpoena, due to executive privilege over his communications with former President Trump.

The former highest-ranking adviser in the White House had already been pardoned by former President Trump for a fraud charge of $ 25 million, which he allegedly raised to build the border wall, but used some of the money for personal expenses.