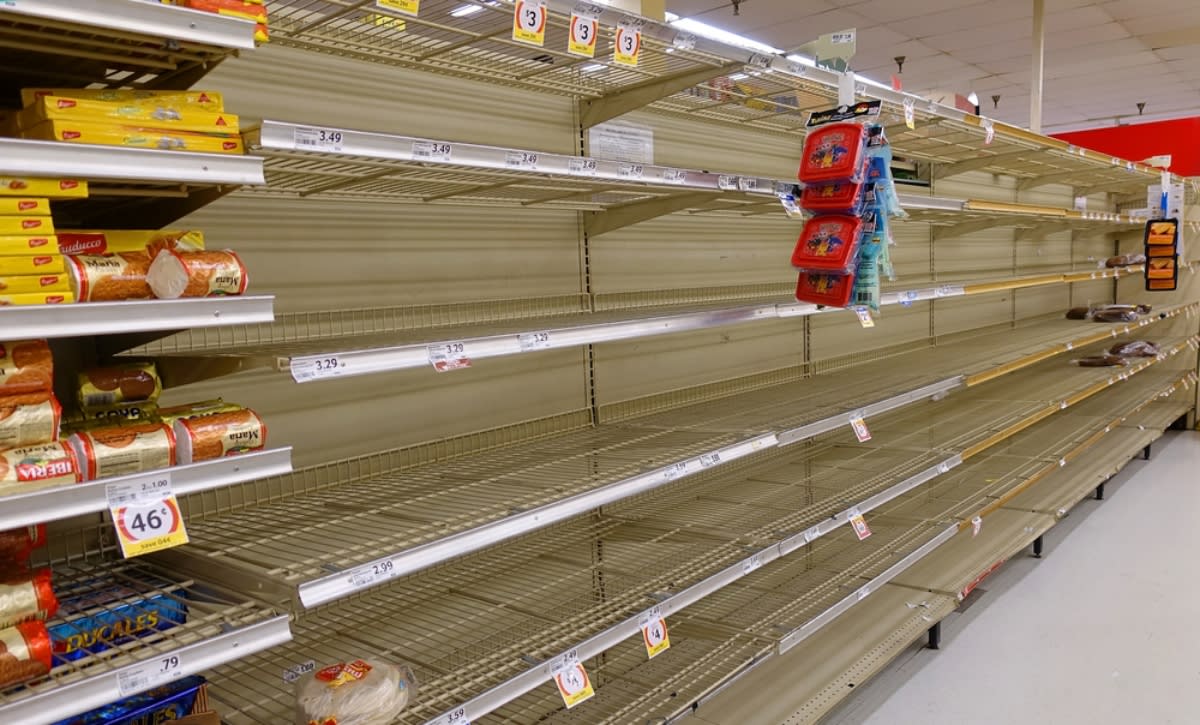 Stores across the United States could receive limited amounts of supplies and experience grocery shortages due to labor, raw material or transportation problems faced by food companies.

Year-end celebrations are approaching, but some manufacturers have already warned stores that not everything they order may be available for delivery, CNN reported on Saturday.

Stores in the United States could suffer grocery shortages

Some vendors may not have certain flavors, varieties or items that stores request, so they have been asked not to include them in their promotions in order to prevent them from running out quickly.

The news network indicated that companies such as Mondelez, Unilever and McCormick sent emails to merchants to indicate that some of their products and brands would have limited availability or that they would establish a purchase cap.

Why is the merchandise missing?

In the statement, the food companies argued that the shortage of products was due to a combination of increased demand and a lack of labor, which generated “limitations in the supply chain” or “logistical challenges,” reported EFE. .

For its part, CNN reported that certain stores (which it did not identify) are looking for alternatives to try to maintain their grocery inventory and that is why they are even negotiating with secondary suppliers that can provide them with the merchandise that they foresee they will need to sell during the festivities.

Lack of products on the shelves

18% of beverages and bakery products, 16% of sandwiches and 15% of frozen foods and sweets ran out during the week that ended on October 3, according to information compiled by the firm IRI, which assesses the existence of merchandise in chains of supermarkets, warehouses, pharmacies, and other commercial premises.

It doesn’t seem like an alarming number, but just before the Covid-19 pandemic started, only 7% to 10% of the products on grocery store shelves used to be out of stock.

What could be in short supply?

But that’s not all, because a month ago they warned about a possible shortage in the supply of meat due to the high price of gas that has led to the closure of factories, reported The Sun news portal. So far, what is known is that high fuel prices pose a threat that would affect the production chain and the food supply.

In recent weeks, Costco also began to limit the amount of toilet paper customers buy in its stores due to increased demand and delayed shipments due to a shortage of trucks, the New York Post news portal reported.

In fact, it is not just toilet paper, but also bottled water, cleaning supplies, and other “key items” that people commonly use in their homes and they have had to face conflicts when it comes to delivering them to customers.

Delays in delivering merchandise to stores

Richard Galanti, Costco’s CFO, reported the measure and clarified that this occasion is very different from what was experienced at the beginning of the pandemic due to the massive storage that originated.

“A year ago there was a shortage of merchandise. Now, (the suppliers) have a lot of merchandise, but there are two or three week delays in delivery because there is a limit on short-term changes in the transport and delivery needs of the suppliers, so it really is in all scopes, ”he said.

He added: “So planning is crucial… we are imposing some limitations on key items such as tissues, roll towels, Kirkland Signature water, high demand SKUs related to cleaning related to the increase in related demand. with (the variant) Delta ”.

Despite the explanation he offered, he did not dare to say the amount that each customer will be allowed to buy, either by rolls or by packages, so that data was not very clear and many buyers ask that question and it seems that they will only know it when they go to buy. Stores in the United States could suffer grocery shortages.