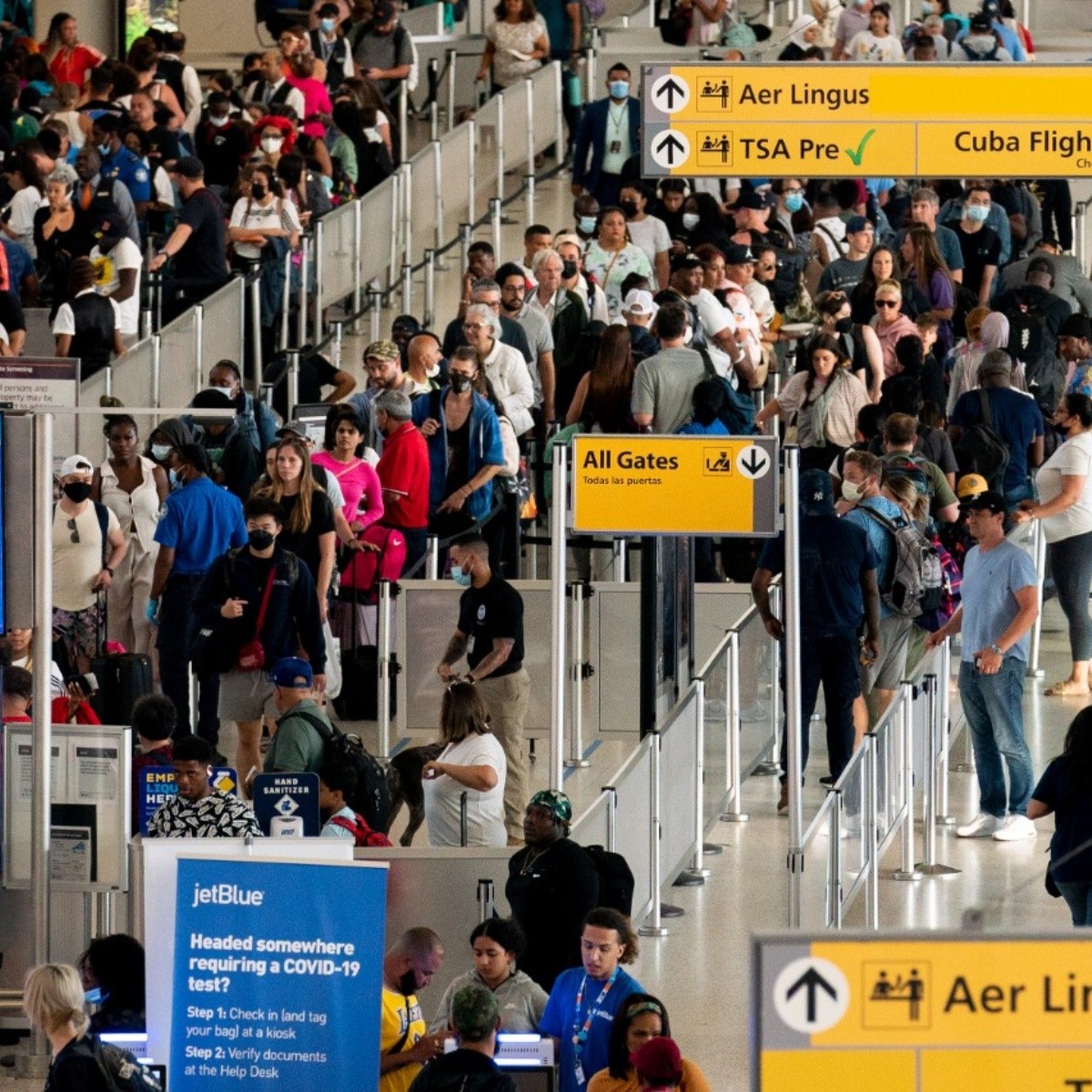 tens of thousands of passengers suffered disruptions to their travel plans on Friday after airlines canceled nearly 1,400 flights due to thunderstorms hitting the US East Coast.

Another 6,300 flights had been delayed until afternoon, according to the FlightAware tracking service.

It is the second consecutive day of major damage and the worst day of flight cancellations since mid-June.

The three major airports in the New York City metropolitan area and the AReagan National Airportjust outside Washington, DC, had the highest number of cancellations.

American Airlines canceled about 250 flights, that is, 7% of its program. For its part, Republic Airways, which operates smaller planes for American Eagle, Delta Connection and United Express, canceled a similar number, about 25% of its flights.

According to the Federal Aviation Administration (FAA), thunderstorms interrupted or delayed flights in the afternoon in New York, Boston, the Washington DC metropolitan area, Philadelphia, Baltimore and Denver.

Near 1,200 flights in the United States were canceled on Thursday, representing 4.6% of all scheduled flights.

Travelers have been hit by widespread cancellations and delays this summer. The recovery in travel has been faster than expected – in July they reached 88% of pre-lockdown levels. pandemic_, but airlines have not been able to increase staff quickly enough. They have cut the schedules to try to make the remaining flights more reliable.

The airlines who fly in the United States had a bad run in June, canceling more than 21,000 flights, or 2.7% of the total, compared to 1.8% in June 2019, before the airlines pressured workers to stop working during the pandemic. However, airlines did better in July, canceling a few 14,000 flights, or 1.8%.

The delays have been more persistent, above 23% in both June and July.