Paranormal activity Jenni Rivera tomb. A few days after the 9th anniversary of the tragic death of the singer most loved by Hispanics, Jenni Rivera, many continue to miss the concerts she gave on stage. But some assure the audience that his spirit has not left and that he continues to roam in different directions.

A strange event occurred on the singer’s grave in the cemetery where she remains resting when a citizen passed by the grave of Jenni Rivera. The man explained that a paranormal phenomenon occurred at that time. This story was shared on YouTube about the Al Extremo program.

According to the man’s version, he constantly goes to the All Souls cemetery located in Long Beach, California, where the remains of the Diva de la Banda were buried. This person is going to visit a friend’s grave when he once saw something strange entering the pantheon.

“I used to come to this cemetery to visit the remains of a dear friend, particularly last year I was walking along this path towards my friend’s grave. Something strange happened because it was around 4 or 5 in the afternoon ”, says the man about what he saw.

Was there paranormal activity on Jenni Rivera’s grave?

The man says that when he passed the singer’s remains, he saw too many butterflies resting on the tomb of the Diva de la Banda. This seemed quite mysterious to him since the number of butterflies was incredibly large and had rarely been seen. Could it be Jenni’s spirit? ”

Just passing by this grave, I see quite a few butterflies. I came to discover it back from visiting my friend, when I saw and found out and what a surprise. I never managed to imagine, but it seemed very curious and mysterious to me why so many butterflies were right on the grave of Mrs. Jenni Rivera that was right above it, “said the man.

Paranormal activity at Jenni’s tomb: “It was something indescribable.”

He even mentions that it may be that the butterflies were the guardian angels of the musical artist who died in a plane crash, but so far, it has not been possible to explain what happened to Rivera’s remains. Could it be the same spirit that continues to haunt these directions?

“It was something indescribable at the time, it was curiosity, and I felt a bit nervous,” said the subject in an interview conducted on the Al Extremo program. “I always try to pass a little faster because it makes me a little uneasy because it was something abnormal that I felt, seeing so many butterflies that I saw on the grave,” adds the man.

Was it his spirit? the paranormal activity recorded at the grave of Jenni Rivera

In the early hours of December 9, 2012, Jenni Rivera took a private flight that would take her from Monterrey, Nuevo León, to Toluca, Mexico, where she was recording the television program “La Voz.” However, a few minutes after taking off, the LearJet 25 registration N345MC in which it was transported crashed near the municipality of Iturbide, in Nuevo León.

Hours later, national and international media began to circulate the news that the plane carrying the “Diva de la banda” had not reached its destination. That contact with the control tower had not been able to be reestablished after takeoff. The news of his death captured the headlines of the most important media for several weeks, and to date, it is considered one of the most shocking deaths in the middle of the show.

His spirit continues in the hearts of his fans

Jenni Rivera’s remains rest in the All Souls Cemetery in Long Beach, California, and her legacy is such that on July 2, 2016, Council Member Dee Andrews named a Long Beach public park “Jenni Rivera Memorial Park.” in recognition of his artistic legacy and contributions to the community.

Her legacy goes beyond the music she recorded and the television programs she participated in: the memory of Jenni Rivera lives on in the memory of her fans and those who have benefited from her different foundations: Love, Jenni Vive, and Jenni’s Refuge. 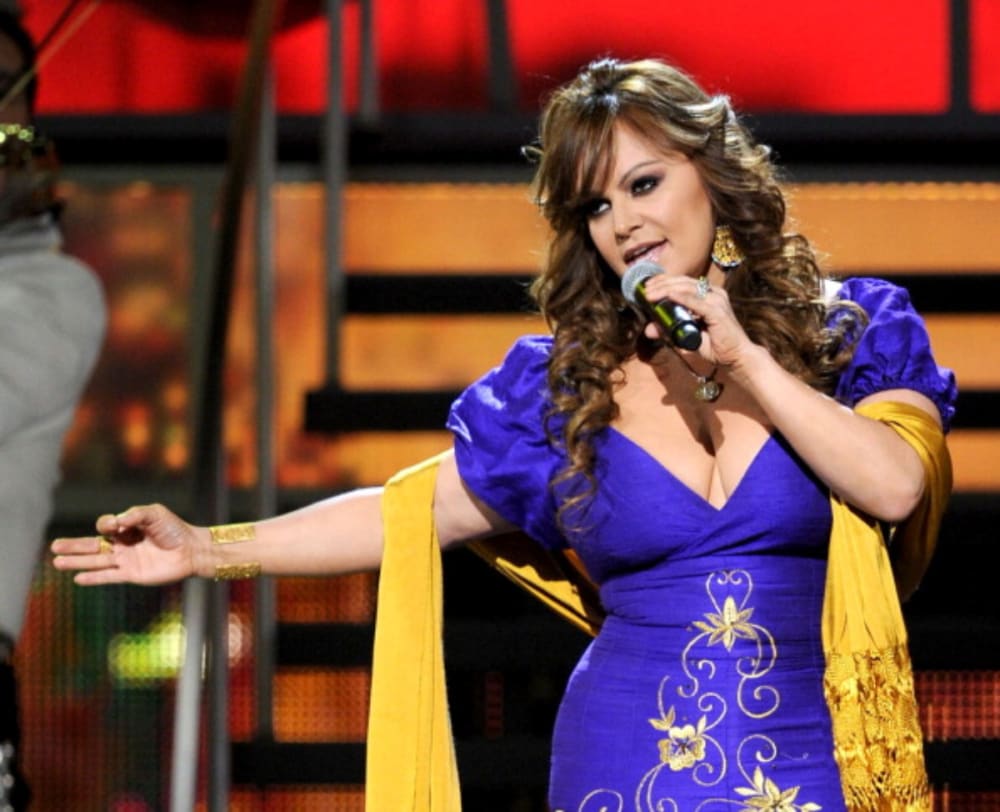 Previously they captured an alleged spirit of Jenni Rivera at her funeral. Almost nine years have passed since the fatal plane crash where “La Diva de la Banda” died. The plane where the beloved Hispanic singer was transported fell in the middle of the mountains near the northern city of Monterrey.

It was through work done by Univisión’s First Impact program that, after a live broadcast, the reporter interviewed several residents who found the scene of the tragedy and who notified the authorities to join the search efforts and rescue later.

As it will be remembered, the ‘Diva de la Banda’ finished a concert in Monterrey, Nuevo León. After leaving, she got on her plane to go to Mexico City for her participation in the Voice Mexico program, but a few minutes After taking off, the plane crashed, and no one survived.

The short video of the spirit of Jenni Rivera shows her coffin, surrounded by her family, preparing to pray for the eternal rest of the beloved singer. After asking those present to lower their heads, the prayer begins. “Wonderful God, we came before your presence to thank you” is heard in the video.

Was it the spirit at his funeral?

After this, the video stops and points to a part of the image that shows the supposed figure of the spirit of Jenni Rivera at her funeral, behind whom she officiated the prayer and even alongside her entire family. The images start again, and now in slow motion, the supposed ‘appearance’ of the “Diva de la Banda” is seen.

“Apparently within the cult that was being done to the diva of the band was present near yours, you judge and comment,” reads the description of the controversial video. Immediately, the video provoked the reaction of the followers of the singer, most loved by Hispanics.

“The father invoked her”

User comments were immediate. “The father invoked her, said presence and appeared,” “it was Jenni Rivera,” “it is seen that she is crying,” said some, while others, more skeptical, expressed their opposite opinion. “That looks like a man without hair,” said one YouTube user.

“The truth is, I do not believe that in that appearance, although I do believe in others, this may be a reflection of the same camera … Even if I wanted to believe”, “it is a man’s face, do not invent,” were other comments in the controversial video. Recently, the supposed ‘appearance’ of Octavio Ocaña and a video where the supposed spirit of Selena Quintanilla is appreciated caused a stir.