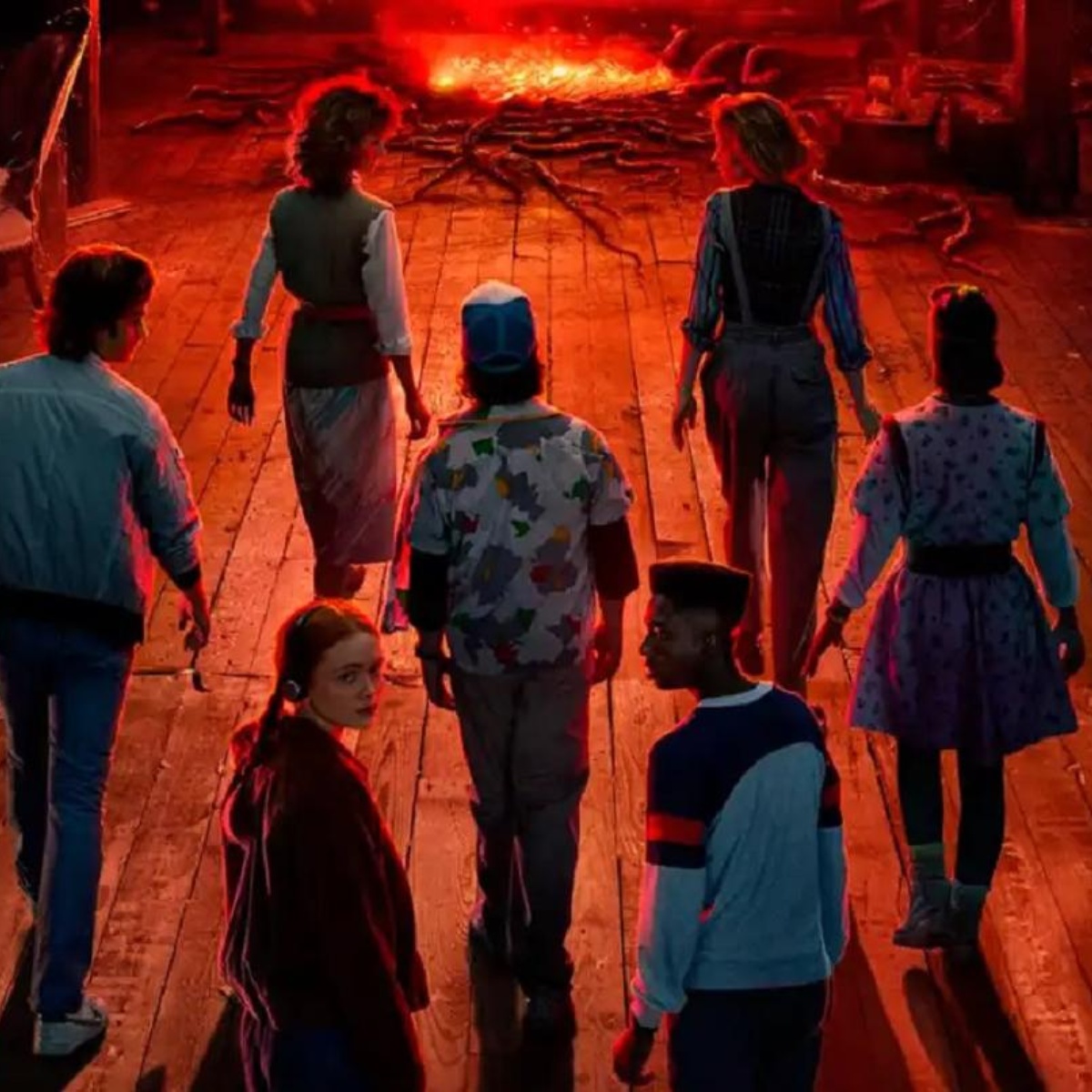 The series “Stranger Things” through the Netflix streaming platform its second season premiered this July 1which ended with an exciting chapter entitled “Chapter Nine: The Piggyback”, lasting 2 hours and 19

It turns out that now in the second volume of the fourth season of “Stranger Things” it premiered on Friday, July 1 through the Netflix streaming platform. Thus, the end of this installment of the famous tv series It happened with the release of two chapters: “Chapter Eight: Papa” and “Chapter Nine: The Piggyback”.

That is why in the last episode, we could see how the characters played by the beautiful Millie Bobby Brown, Natalia Dyer, Noah Schnapp and company decided to face the evil that puts all of Hawkins at risk, this time embodied in the villain Vecna.

What happened in the fourth season?

It seems that Vecna ​​had captured Nancy (Natalia Dyer) in the last episode of volume 1 of the fourth season, he allows her to escape to inform his friends of his plan: to kill four people, as his clock chimes. , and create a ‘bridge’ from the town to the ‘Upside Down’.

That’s why later, Nancy, Steve (Joe Keery), Robin (Maya Hawke), Eddie (Joseph Quinn), Dustin (Gaten Matarazzo), Max (Sadie Sink), Lucas (Caleb McLaughlin), and Erica (Priah Ferguson) bump into each other. realize that while the villain attacks, his physical form is left defenseless. With this information, they decide to acquire weapons and head to the other dimension to confront him.

Also, he discovers that Dr. Brenner’s (Matthew Modine) true plan was for Eleven (Millie Bobby Brown) to contact Number One (Jamie Campbell Bower) in the “Upside Down.” In this way, after a confrontation with the army, the young woman says goodbye to her “dad”, who stays to die in the middle of the desert.

Fortunately, Mike (Finn Wolfhard), Will (Noah Schnapp), Jonathan (Charlie Heaton) and Argyle (Eduardo Franco) arrive to get her out of the situation.

After that, a makeshift isolation tank and using her powers, Eleven discovers that Max will seek to be the fourth and final victim Vecna ​​needs to create a permanent link between Hawkins and the ‘Upside Down’. This, in order to distract the villain while his friends try to kill him.

Max’s plan works. However, Nancy, Steve and Robin are captured by the vines. Dustin and Eddie, meanwhile, are attacked by the demobats, the local bats. As Dustin manages to flee, Eddie decides to confront them, receiving fatal injuries and dying on the spot.

Despite Eleven’s efforts, Vecna ​​captures her and reveals that a few years ago she contacted the Mind Flayer and this resulted in a grand plan to bring darkness to all of Hawkins. Thus, with Max and Eleven trapped, Mike contacts her girlfriend and declares his love for her, which inspires her to free herself from her and confront the villain.

The young woman manages to free Nancy, Steve and Robin, allowing them to reach Vecna’s body, attack it and set it on fire. After this, Max was left totally vulnerable, causing her to break her limbs and fall into an unresponsive coma. It is worth specifying that she died after the incident with Vecna. However, Eleven managed to bring her back to life, albeit without reacting.

While Joyce (Winona Ryder), Hopper (David Harbour) and Murray (Brett Gelman) manage to put an end to the deadly threats they encountered in prison thanks to their weaponry of pistols, flamethrowers and swords. Thus, they decide to return to Hawkins.

IT MAY INTEREST YOU: Did Stranger Things 4 reference Rick and Morty?

It seems that Vecna ​​was apparently defeated after his battle, the truth is that he still manages to carry out his plan: cracks open in Hawkins that cause great damage to the city. While the protagonists meet, the authorities and the media affirm that the event took place after a great earthquake.

Another detail that was seen was that many of the local citizens still continue to believe that this catastrophe was the product of the satanic cults that developed in the town. Therefore, it is not ruled out that this continues to be an important axis in the next installment of the series.

As most of the friends gather around and are relieved at Vecna’s supposed defeat, Will feels a chill run down his neck, confirming that he can feel the villain’s presence. Finally, we see that the fictional characters are surprised by the fall of ash from the sky.

This terrifying ‘snow’ is actually the spread of death and destruction reflecting the ‘Upside Down’ from a nearby meadow. The final battle has come. The next season will be the last of the series. We will see what happens in the lives of these characters, as well as the future of Max, in that final installment.

Max is left blind, with her limbs broken and in a coma, after Vecna’s attack, Eleven decides to look for her again in the void and comes upon a terrifying revelation: there is none. Then we see a lonely teenage girl screaming for her friend.

So there are some possibilities that could answer this question: why can’t Eleven find Max? The first is that it is a situation that responds to the obvious condition of the young woman.

It should be noted that being in a coma, it would be impossible for Eleven to enter her mind, since she would be in a situation where her brain does not react.